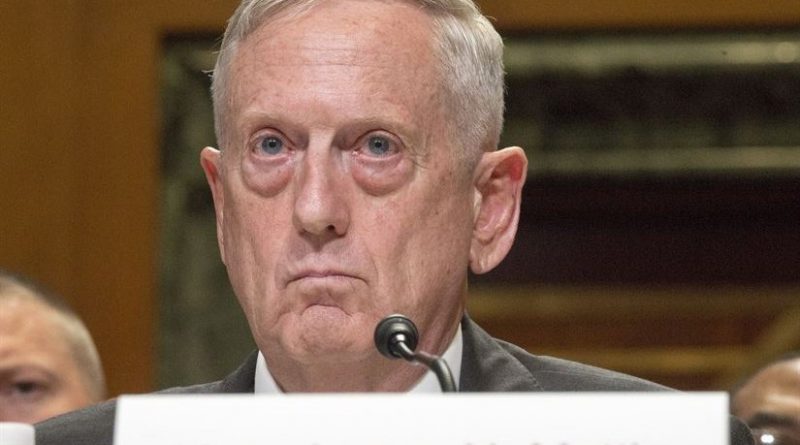 US Defense Secretary Jim Mattis reiterated that the United States will not accept a nuclear-armed North Korea.

The two men met for the 49th annual Security Consultative Meeting in the shadow of North Korea’s continuing nuclear program and following launches of its intercontinental ballistic missiles.

“In light of [North Korean dictator Kim Jong Un’s] expanded outlaw activities that all the world experienced and observed over the past year or two, I cannot imagine a condition under which the United States would accept North Korea as a nuclear power,” Mattis said.

The secretary said the threat from North Korea, also known as the Democratic People’s Republic of Korea, has grown more serious since his trip to the country earlier this year.

“In the past few months, the North has conducted two ICBM tests, launched two intermediate range ballistic missiles over Japan and conducted a fifth nuclear test,” Mattis said. “I am here to underscore America’s commitment to our bilateral alliance and to make clear the Trump Administration’s full commitment to the United Nations’ mission in defense of your democracy standing, as it does, as a bedrock countering the DPRK’s effort to destabilize this region and to threaten the world.”

“President [Donald J.] Trump has made clear that America’s commitments to defending our allies and to upholding our extended deterrence guarantee is ‘ironclad,’” the secretary said.

The secretary said that America’s strategic deterrent capabilities are global in their positioning and reach, “and we are quite assured that they are in a position to be responsive to the Combined Forces Commander, if necessary.”

North Korea should harbor no illusions, Mattis said. “The DPRK is overmatched by the Republic of Korea-United States alliance,” the secretary said. “If it remains on its current path of ballistic missiles and atomic bombs, it will be counterproductive. The DPRK will be reducing its own security.”

“Diplomacy remains our preferred course of action, but as I have repeatedly emphasized, our diplomats are most effective when backed by credible military force in this sort of situation,” Mattis said.

“Make no mistake: Any attempt on the United States or our allies will be defeated,” he added. “Any use of nuclear weapons by the North will be met by a massive military response — effective and overwhelming.”

“Millions of ROK citizens and our forces are now better protected by this wholly defensive system,” he said.

When Does A Second COVID-19 Surge End?