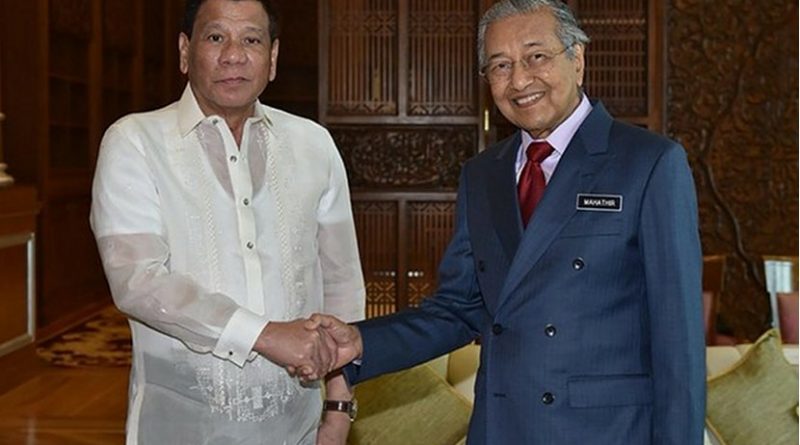 In the latest political lurch to the right, Jair Bolsonaro, self-confessed defender of the military dictatorship Brazil suffered under from 1964 to 1985, is expected to win the country’s presidential elections this month. Opinion polls show Bolsonaro, who racked up 46% of the vote in the first round, maintaining a healthy 18 percent lead over his leftist rival, Fernando Haddad, just days ahead of the second-round vote on 28 October.

Despite his openly racist, homophobic, and misogynist views, Bolsonaro’s strategy of standing on an anti-establishment ticket has helped him attract voters who are frustrated by the political corruption and violent crime which has plagued Brazil for decades.

And, while Bolsonaro’s rise to prominence can be largely attributed to the series of economic, social and political crises that have dogged Brazil in recent years, it also fits into a global trend that has legitimized the rule of so-called ‘strongman’ figures such as the Philippines’ President Rodrigo Duterte and Hungarian leader Viktor Orbán. So, why are despots and dictators of every political persuasion enjoying a renaissance?

For Bolsonaro supporters, the appeal lies in his populist roots. Emerging from the military rank-and-file to serve in congress after Brazil’s twenty years of dictatorship, Bolsonaro has never attempted to hide his radical right-wing views – from his claim that he would rather his son die in a car accident than be gay to his belief that Afro-Brazilians are “no use, even to procreate.” His willingness to voice his opinions, no matter how outrageous and offensive, and his ability to leverage the nascent nationalism of his citizens echoes that of other bombastic leaders like Donald Trump.

Bolsonaro’s success can’t be seen in isolation: the mixture of overt bigotry and vows to crack down on crime and corruption that he has carefully honed is resonating with the Brazilian electorate, as it is increasingly resonating in a diverse swath of nations around the world. Over the last two decades, populist parties – often dangling the prospect of a return to prosperity– have enjoyed a staggering surge in support.

A reaction to progressivism and economic shocks

One of the most worrying aspects of the new strongman phenomenon is its near-universal spread, across continents and the political spectrum. In China, Xi Jinping has used his anti-corruption campaign to consolidate his own power by loosening presidential term limits, while Hungary’s Viktor Orbán has just won another term as prime minister by promising to protect the country’s ‘national’ values in the face of liberalism and the perceived threat from unchecked migration.

Serbia’s Aleksandar Vučić has cast himself as a reformer while his praise of accused war criminal Milosevic betrays the nationalist roots he has never fully cast off. But populism isn’t only the flavor-of-the-month in Europe’s post-communist states; it’s also gaining a foothold in affluent societies such as Sweden and Denmark, where social tolerance and liberal attitudes are deeply ingrained.

As Western societies have become more liberal on numerous social issues, those who are entrenched in what they call “traditional values” have felt threatened, making them more likely to turn to strongman leaders who promise to restore national pride and old-fashioned ideals.

Operating above the law

This increased public support in turn emboldens authoritarian leaders, persuading them of their own invincibility— a dangerous cocktail which often leads to egregious human rights infractions and worse. The grisly killing of dissident Saudi journalist Jamal Khashoggi has underscored crown prince Mohammed bin Salman’s determination to wield power at all costs. Attempts by the Saudi authorities to distance themselves from Khashoggi’s murder, initially by denying the journalist’s death and later by suggesting it was the consequence of a brawl gone wrong, have only served to further illustrate the administration’s contempt for international law.

In a similarly macabre vein, President Rodrigo Duterte recently admitted his role in authorizing extrajudicial killings as part of his controversial war on drugs in the Philippines. Duterte has employed the most draconian crime-fighting measures, even claiming that he personally killed three men, while dismissing the advancement of human rights and democracy as a tool of modern imperialism. It’s a toxic return to illiberal principles which is stifling progress in what was once a prosperous region.

Digging in for the long term

Even autocrats from the past are haunting their countries anew. 93-year-old Mahathir Mohamad, who ruled Malaysia with an iron fist from 1981 to 2003, pulled off a surprising victory this spring to become prime minister again. Mahathir has worked to shake off the shadows of his first premiership, which was characterized by media censorship, nationalist policies, and interference in the judiciary—most notably when Mahathir oversaw a purge of the Supreme Court which left lasting scars on Malaysia’s judicial system, and when he sacked his deputy and had him imprisoned on trumped-up sodomy charges. Despite campaigning as an unlikely reformer, thus far Mahathir’s new stint as PM – from his casual anti-Semitism to his obsessive persecution of his predecessor Najib Razak – seems uncomfortably similar to his previous regime.

In Nicaragua, Daniel Ortega is also presiding over his second administration, marked by a brutal subjugation of protestors and the free press. Once the poster-boy of the Sandinista rebels, he has since morphed into the very kind of fascist dictator he helped to overthrow. Ortega has vowed to remain in office until scheduled elections in 2021, unleashing “Operation Clean Up”—a brutal campaign by squadrons of masked gunmen to beat and sexually assault the hundreds of thousands of protestors calling for him to step down.

Mahathir and Ortega’s political resurrections show that not only are countries choosing to elect new authoritarian candidates like Bolsonaro, they’re also returning to those who symbolized repression and tyranny in the 1980s. With the strongman ascendant, it’s ordinary people who are likely to be crushed underfoot – a development which should profoundly concern the entirety of the free world.

Home » Welcome To The New Age Of The Strongman – Analysis