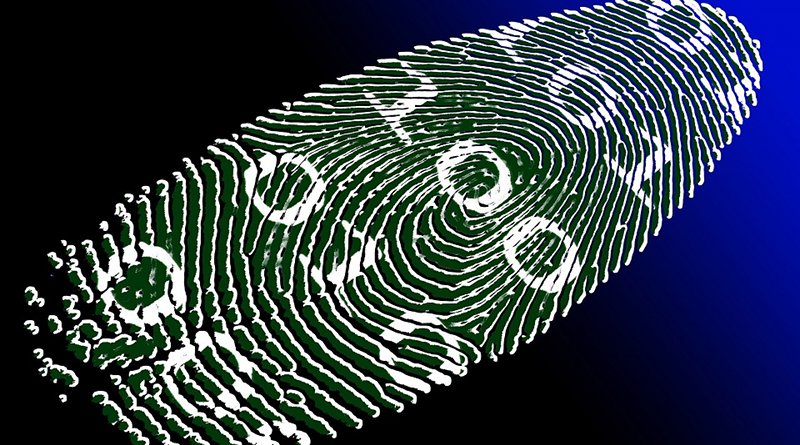 While the use of biometrics has its advantages, countries are only beginning to wrestle with the underlying challenges it poses.

In 1860, William Herschel was appointed Magistrate of Nadia, in the Indian state of West Bengal. With the Indigo Revolt — a farmer uprising against exploitation by the British — in full swing, Herschel began experimenting with an idea that would spawn a whole new way in which the state could identify and sanction its subjects: biometric identification.

Today, with new technologies enabling the collection, storage, and retrieval of data at an unprecedented scale, biometric identification has morphed into applications its originators could never have imagined. India, Kenya, Argentina, and France have all instituted mandatory biometric IDs. Facial recognition is a booming industry, with ongoing trials in the areas of policing, travel, and immigration. These biometric projects purport to improve efficiency and ease of access of services, some with the express intent to facilitate law enforcement, others extending the reach of critical government services such as healthcare, education, and food.

India’s Aadhaar is a form of biometric identification, which has the express intent of improving the delivery of government services. In the Supreme Court of India’s landmark 2018 Aadhaar judgement, the dissenting opinion by Justice Chandrachud noted the absence of clear opt-out procedures and stated that the Aadhaar program “does not pass the tests of necessity and proportionality.” If improving access to public services is the driving rationale, intended recipients should not lose access based on whether they are willing and able to create an Aadhaar ID, yet Aadhaar remains mandatory for all government subsidies and welfare schemes.

In Shenzhen, China, cameras capture photographs of jaywalkers, match them against a database, and put their faces, along with their full name and a partial government ID number, on massive screens at major intersections. Errant citizens are summarily fined and publicly shamed. Repeat offenders face a penalty against their social credit scores. This means that if someone jaywalks two or more times, their access to all kinds of services, including public transportation and bank loans, is restricted.

In the UK, the Metropolitan Police is conducting trials of a live, automated facial recognition (LFR) system that automatically scans faces and flags matches against a predefined watch list. LFR requires no consent from the individual whose face is scanned. Setting aside the fact that an independent study assessed the accuracy of the system to be only one-third, LFR results in a disproportionate violation of privacy. The same independent report noted that in one trial, for every match made, nearly 450 faces were scanned.

The identification of an individual is a crucial step in state enforcement of discipline. Herschel himself first elicited a handprint for a commercial contract with the express intention of frightening a contractor “out of repudiating his signature.” French philosopher Michel Foucault also highlighted that projects in identification and surveillance enabled new kinds of granular control back in 1975, observing in Discipline and Punish that “subtle coercion” was being exercised upon the body.

The cases highlighted in the previous section call into question whether certain applications of biometric surveillance pass the tests of necessity and proportionality. In certain cases, particularly in law enforcement and immigration, control is the express intent of biometric identification. In others, the exercise of discipline is more subtle, relying instead on creating a new kind of ‘citizenship.’ The following are the possible consequences of biometric identification on the relationship between the citizen and state.

Citizenship is — in most states — conferred through one of the following: birth, descent, naturalisation, or, in some cases, registration. Who is a citizen? Citizenship and nationality are often used interchangeably, as in Article 15 of the UN Declaration of Human Rights which states that everyone has the right to a nationality. Citizenship in a narrow sense defines the legal and political rights an individual has vis-a-vis their state, but other definitions encompass economic, social, and cultural dimensions as well. Thus, the right to work and the ability to participate in society are elements of citizenship.

Biometric identification introduces a new layer to the concept of citizenship. The exercise of paternalism, which incentivises certain behaviours and disincentivises others, holds an implicit notion of a ‘good citizen.’

Ran a red light? Facial recognition cameras catch you and send a 10,000 Indian rupee (about $140) fine against your bank account. You could not gather the funds to pay your fine in time? Your healthcare benefits are docked. You wrote a post on your social media criticising the state and talking about how difficult it is to care for your aging parents now that your health insurance coverage has been lowered? You are labelled a “hostile element” and are unable to register to vote in the next election.

The hyper-personalisation enabled by biometrics can enable the state to mold behaviour in this vein, especially by making it compulsory to link it with your place of employment, your bank, your benefits, and a range of other services. With access to services held ransom, the line between “citizen” and “subject” begins to blur. What is a citizen if she does not have a say in how she is governed?

The need for cautionary tales

These scenarios are not inevitable. Instead, we should treat any claims that the addition of biometrics to a process will lead to efficient outcomes with healthy skepticism.

There are signs of such resistance. In the UK, a survey found that the majority of people want restrictions on the use of facial recognition in policing. In India, Aadhaar is no longer mandatory for bank accounts.

The ‘technologisation’ of a problem often stops us from questioning the nature of the problem itself: does the introduction of technology perpetuate rather than solve an issue? Is the requisite surrender of certain rights and freedoms necessary and proportionate to the supposed benefits? Does technology purely make a process more “convenient” or does it result in equitable outcomes? These and more issues will need to be resolved as the future of biometrics plays out in the coming years.