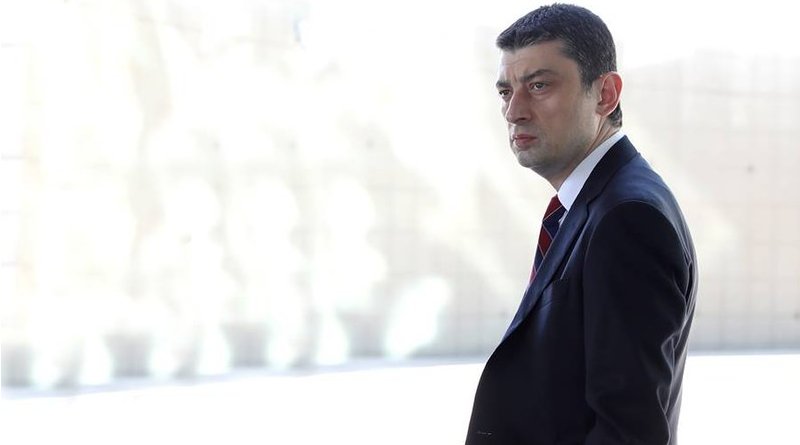 Georgia has a new government under the leadership of Giorgi Gakharia. While the new PM has inherited many problems internally before crucial parliamentary elections in 2020, his main concern will remain stabilization of Georgian-Russian relations. Despite various attempts, Georgian-Russian relations are likely to remain tense as both countries will continue sharing opposing geopolitical perspectives.

Protests this summer (over the visit of a controversial Russian lawmaker to the Georgian parliament) in Tbilisi further undermined the already tense relations relations between Georgia and Russia. Anti-Russian slogans caused the air flight ban by the Russian government and a decrease of Russian tourists into Tbilisi causing slight economic ripple effect across the vulnerable Georgian economy.

Moreover, the increase in construction of various military outposts on the demarcation line around the Tskhinvali Region (the so-called South Ossetia) by the Russian troops resulted in tens of kidnappings and a generally highly insecure environment where the Russian and Georgian troops face each other in close proximity.

Thus there are immediate concerns which accumulated over the past several months in bilateral relations which need to be addressed by Tbilisi and Russia.

Perhaps, as a result of this thinking, Georgian and Russian FMs (David Zalkaliani and Sergey Lavrov respectively) met on September 26th. The meeting is a notable development as it is the first time such a meeting was held since the Georgian-Russian war of 2008.

Considering the accumulated problems in the bilateral relations, it is likely that both ministers touched upon economic and security issues. While the opposition in Georgia accused the ruling party (Georgian Dream-Democratic Georgia (GDDG)) of damaging state interests, the meeting still can be considered as a notable move.

The meeting of the two countries’ FMs could have been motivated by economic interests as in 2018 Georgia-Russia bilateral trade reached historic maximum – $1.373 billion, 11% of Georgia’s overall trade numbers. Considering how vulnerable is Georgia’s economy to the Russian influence (however, at times many overestimate the dependence), it is likely that Tbilisi will be cautious in its rhetoric and will try fostering more stable relations with Moscow.

In addition, various Russian politicians and analysts linked to the Kremlin, voice possible lifting of flight ban to Georgia as well as cancellation of visas for Georgian citizens willing to travel to Russia.

From a macro level, the meeting of Georgia-Russian relations fit into a regional perspective. There is a certain level of willingness from Russian government to improve relations with its troubled neighbors, namely Ukraine and Moldova.

However, in contrast with Ukraine and Moldova, there are rather different geopolitical narratives which are likely to preclude a significant improvement in Russo-Georgian relations. Georgia’s NATO/EU aspirations will remain a stumbling block to improvement. Moreover, various economic, political and military developments in the South Caucasus and Eastern Europe show that Georgian-Russian relations will see only a limited practical progress over the future.

Prevention of Georgia’s NATO/EU aspirations will remain at heart of Russia’s long-term outlook for the South Caucasus. As Russia’s various military moves in the South Caucasus show, the military build-up (drills, opening of outposts, bases etc.) will rather continue in coming years.

This military build-up transforms the South Caucasus into a militarily congested region, which fits into Russian long term plans, namely, creating a strong disincentive to the West to offer NATO/EU membership to Tbilisi.

In fact, for the Russians it is not only about barring Tbilisi from joining NATO and the EU. Moscow’s goal historically has been to minimize the importance of the Caucasus mountain range as a barrier between the South Caucasus and the Russian heartland. Thus passes in Abkhazia and the Tskhinvali Region will remain of primary importance to Moscow.

Overall, it can be argued that Georgia’s foreign policy towards Russia in the immediate future will remain based on a balancing game where Tbilisi will both actively pursue its pro-western course and will placate Moscow with lowering anti-Russian rhetoric.

However, on a macro-level Georgian-Russian relations will remain tense as both countries are unlikely to change their perspectives on Abkhazia and the Tskhinvali Region. A further dividing issue between the two countries will remain Russian recognition of independence of these two provinces dating back to 2008.