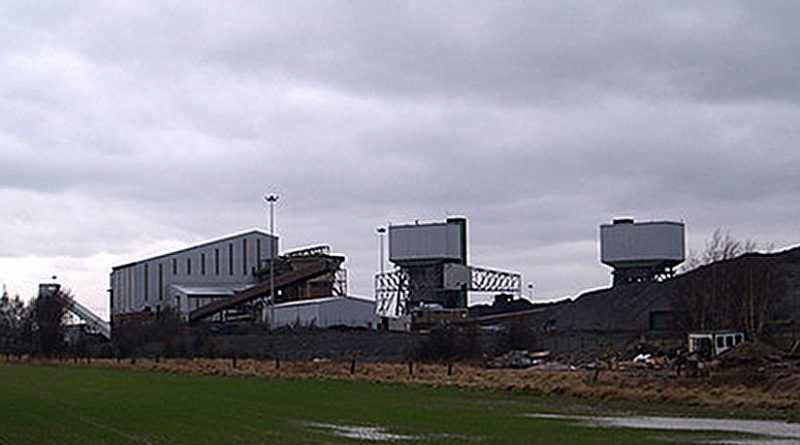 Kellingley Colliery, the last deep coal mine left in Britain, on the border of West and North Yorkshire, United Kingdom. Photo by Steve F, Wikipedia Commons.

Earlier this year, Elon Musk referred to the continued use of fossil fuels at the expense of Earth’s oceans as “the dumbest experiment in history, by far.” Luckily, the UK became the first country to acknowledge the reality behind his statement and took action earlier in November to limit the future use of coal by announcing it would close all of its coal-fired power plants by 2025. Currently, coal provides about 30% of the UK’s electricity and Britain’s energy secretary, Amber Rudd, announced that they would be replaced with a better alternative. Rudd stated, “It cannot be satisfactory for an advanced economy like the UK to be relying on polluting, carbon-intensive 50-year-old coal-fired power stations. Let me be clear: this is not the future.” A round of applause for Rudd is in order.

The policy announcement, however, is not the uproarious victory for green energy it may seem on first glance. In the same announcement, Rudd struck a more cautious note, suggesting that energy policies have been based too heavily on fighting against climate change at the expense of producing affordable energy bills. As such, the coal-based power plants will not be replaced by renewable energy but by building new gas and nuclear power plants. While these emit less carbon than coal, they are however worlds apart from their renewable alternatives.

As expected, reactions were mixed. Some chose to see the move as an stopgap measure as countries worldwide lower their emissions and reduce their dependence on fossil fuels, while others viewed it as profoundly misguided and short sighted. Green MP, Caroline Lucas, summed up the issue by quipping “[t]his switch from coal to gas is like trying to go dry by switching from vodka to super-strength cider – it entirely fails to seriously address the real challenge at hand.”

Making matters worse, the British government also announced plans to cut subsidies to the solar energy industry, specifically by reducing the feed-in tariff for solar panel installations by 87% starting in January. The solar industry, along with Mayor Boris Johnson, is fighting back and making it clear to the general public that the proposed cuts will not only hurt the environment, but also eliminate jobs because fewer individuals and companies will be able to afford to install the solar panels. As Alasdair Cameron with Friends of the Earth put it, “[t]hese absurd solar cuts will send UK energy policy massively in the wrong direction and prevent almost a million homes, schools and hospitals from plugging in to clean, renewable energy.” These cuts are contrary to the goals of eliminating of coal burning power plants, so why is the government pursuing both policies at once?

While the policies currently presented are neither perfect nor coherent with the overall aim of increasing the share of renewables in the UK’s energy mix, the fact of the matter is that Britain has essentially become the first major country to set a deadline for coal use.

One country the world hopes the UK is setting the example for is China. Beijing will be in attendance at the United Nations Climate Change Conference (COP 21) and is arguably the nation where the greatest change in governmental policy must take place. China is the world’s largest consumer of energy and the largest emitter of carbon dioxide.

Because of China’s expanding coal use- 20 times as much as in 1980- the price of coal continues to decline and makes the investments in renewable energies less appealing. Indeed, 96% of the country’s carbon emissions come from coal, as Beijing is relying heavily on the rock not just for households but also to power up its sprawling steel and aluminium industries. And that’s a problem, as China’s competitive advantage towards other producers relies on a toxic and polluting mix of low energy prices, government subsidies and preferential agreements with mining companies and smelters. Were China to abandon coal and replace it with hydropower (like in Russia or Iceland) or natural gas (like in Gulf countries) it would have to agree to undercut its competitiveness in steel and aluminium on world markets.

Without China participating in the reduction of emissions from coal, the world cannot be completely free of its addiction. Eric Larson, a senior scientist for Climate Central, stated “the reality is that China, because of its sheer size, is in a position to do more than any other country to stop the world from going off the proverbial climate cliff.” The COP 21 is the greatest chance for David Cameron to use the leverage he has with Xi Jinping and push the Chinese towards ducking their coal habits.

Currently, the world’s top 20 economies spend 400 billion dollars on fossil fuel production every year, while spending only 121 billion dollars on renewable sources. If the government continues to subsidize the practices that hurt the environment rather than the ones that could save it, they are indeed financing the “dumbest experiment in history.”