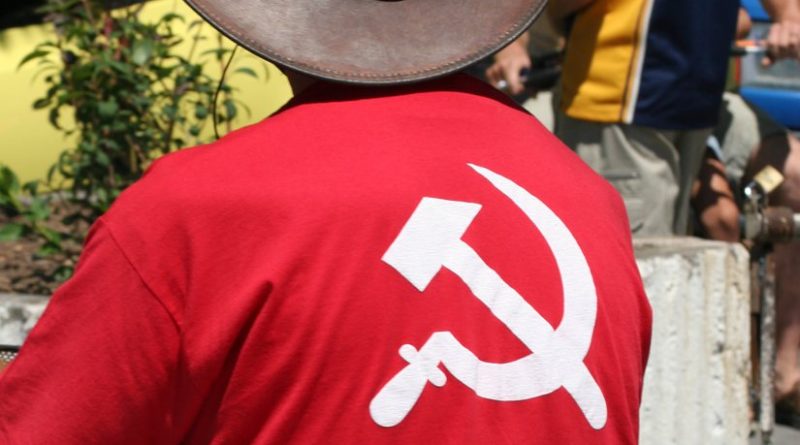 At one time, Russia , China and Cuba were considered as the torch bearers of world communist movement. Several parties and groups in other countries received their inspiration from the leadership of the communist parties of these countries.

Now, the world communist movement appear to have lost it’s sense of direction and looks like being caught in the wilderness , as the one time leader of communist movement namely Russia gave up the communist philosophy in toto and reversed it’s approach to the methodology of governance. Though China continues to claim that it is a communist country, everyone know that it is no more so for all practical purposes. Many believe that at present, China’s approach to governance is more capitalist oriented than a few of the capitalist countries themselves.

Neither communism nor democracy in China

Of course, China does not have a credible democratic form of governance and it is ruled by the so-called communist party, which does not follow anymore the philosophy of communism, as it was originally conceived and evolved.

In China, the so-called ruling communist party is really nothing more than an organized group that does not permit any other political party to evolve and exist and is virtually a dictatorship by group of people. As dissent is often suppressed with great force, there is now neither democracy nor communism in China.

No more conflict of interest between Cuba and USA

The governance in Cuba, once a highly focused communist country, has also undergone a sea change, with the relationship between USA and Cuba becoming more friendly and perhaps with Cuba not anymore seeing a conflict of interest or focus with regard to the type of governance with that of USA. Instead of the state ownership of all production machinery and systems, Cuba is also now inviting private investments, which is the negation of communist philosophy.

Directionless communism in other regions

In a few countries like India, communist parties do exist, but look to be direction-less, as they do not have role model governance depicting communism in true sense anywhere in the world.

Why has the communist movement collapsed?

Obviously, the world communist movement virtually collapsed because the once communist countries like Russia, China and Cuba virtually functioned as a dictatorship of a group and thrived on denying freedom to the people, as well as a ruthless suppression of independent thinking and contrary ideas of the common man. Certainly, this sort of governance is bound to collapse sooner or later, as it is against the basic and fundamental aspirations of any individual with regard to freedom of thought and action.

The failure of the communist movement happened, as the communist leadership in different countries went into the hands of group of dictators who mistakenly thought that the freedom of individuals cannot coexist in a communist country. The tight-fisted control by self-centered dictatorship-like-governances, effectively prevented the evolution and fine-tuning of the communist philosophy in  line with the aspirations of the people for political and social liberty, as well as economic comfort.

While the visible battle between communist and non-communist forms of governance no longer exists, this scenario should not make anyone conclude that communist philosophy as such has lost it’s sense of relevance.

The basic philosophy of communism, which pledges to uplift the poor and downtrodden and prevent the exploitation of the poor and deprived persons by the rich, continues to remain relevant. This is particularly so in the present world context, where several countries particularly in Africa. remain impoverished and millions of people around the world do not know where their next meal will come from.