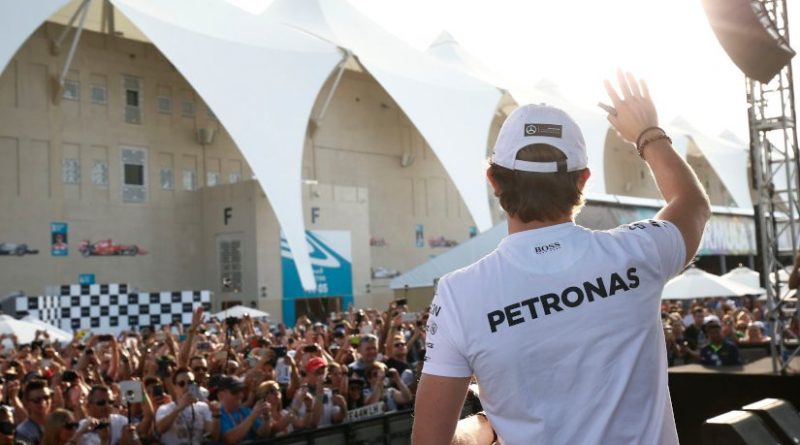 It was a historic weekend for Mercedes Benz’s Silver Arrows as Nico Rosberg and Lewis Hamilton wrapped up the 2015 season in style at the Abu Dhabi Grand Prix.

With 703 World Constructors’ Championship points, MERCEDES AMG PETRONAS also exceeded its 2014 total – without the boost of double points at the season finale

Rosberg on Sunday claimed his third consecutive Grand Prix victory – a career first – to make it six wins in 2015 and 14 in Formula One to date, while Hamilton pushed hard to make an offset strategy work, but eventually came home in second place – setting the fastest lap of the race in the process.

Speaking after the race, Hamilton, acknowledged that this was a very difficult race.

“My tires were done at the end of the first stint sitting behind Nico. The second stint was very good – but I don’t really know what happened strategy-wise at the end,” Hamilton said, adding,” I haven’t finished the season as strongly as I started it – but what an incredible year it’s been. This team has done a remarkable job, so a big thank you to everyone back at the factories. I wouldn’t be standing here as World Champion without them. I’ll go away now for the winter aiming to come back stronger, fitter and straight on top of our new car for 2016.”

For his part, Rosberg said, “This is the perfect ending to the season for me – something I hoped for so much after a tough year. To finish with six poles and three wins in a row is awesome. I am so happy that I found some performance at the end of the season. I also made my peace with this track after the toughest moment of my career here last year, which is a nice feeling. Today was really a perfect race.”