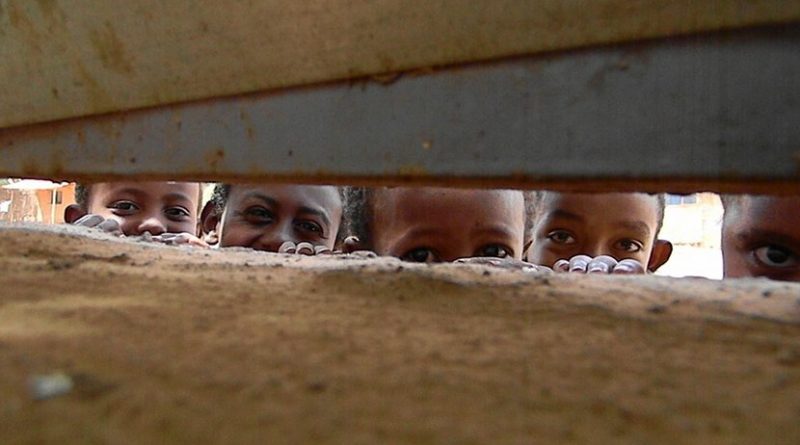 Over the past several months, the powerful winds of change have swept across the Horn of Africa, ushering in the possibility for lasting regional peace, stability, and security. On 14 November, the United Nations Security Council voted unanimously to lift the almost decade-long international sanctions on Eritrea, while two weeks ago, the leaders of Somalia, Eritrea, and Ethiopia held a trilateral meeting for the second time in as many months, highlighting the region’s shifting focus toward peace, cooperation, and economic integration.

Undeniably, the rapidly occurring momentous events are both highly encouraging and a greatly welcome development in one of the world’s most restive regions. They have largely been met with great optimism by the people of the region and they promise to have far-reaching effects in improving security and stability in the Horn of Africa and Red Sea region.

As the developments toward peace and cooperation in the region have unfolded, they have understandably elicited considerable comment, discussion, and analysis. One argument persistently raised by analysts and observers claims that the historic peace developments between Eritrea and Ethiopia were predominantly driven by financial assistance from countries in the nearby Gulf, specifically the United Arab Emirates (UAE) and Saudi Arabia. While the two countries certainly played an important role in helping pave the path toward reconciliation between Addis Ababa and Asmara, characterizing the rapprochement between Ethiopia and Eritrea as a response to external financial largesse is misguided and overlooks key internal factors and dynamics, particularly in Ethiopia.

Earlier this year, in April, Dr. Abiy Ahmed took office on the back of years of massive and widespread anti-government protests. Ethiopia is divided into ethnically-based states within a federal system ruled by a coalition of four parties – known as the Ethiopian People’s Revolutionary Democratic Front (EPRDF) – which was dominated by the Tigrayan minority, who make up approximately only 6% of the country’s total population of 105 million. In 2015, protests, spearheaded by the Oromo, Ethiopia’s largest ethnic group (constituting about 35% of the population), and later the Amhara, the country’s second largest ethnic group (27%), about land seizures and evictions, unemployment, human rights abuses, widespread corruption, and economic and political marginalization quickly spread across the country and threatened to bring down the government. Thousands were killed or arrested, there was large-scale displacement, and the country was put under an extended nationwide state of emergency.

Additionally, although in recent years Ethiopia has been hailed as a “development darling” and one of the top performing African economies, regularly posting impressive economic growth figures (albeit clouded by widespread skepticism about the validity of reported figures), it has also been plagued by high levels of poverty and inequality, heavy foreign debt, rising inflation, a rapidly growing trade deficit, and a critical shortage of foreign currency, all of which put the economy in a perilous state.

It was against this backdrop of turmoil, mounting discontent, and widespread unrest, and with the EPRDF regime beginning to fall apart, that Hailemariam Desalegn, who succeeded the late Meles Zenawi, resigned as prime minister in February. Abiy, son of an Oromo Muslim father and Amhara Christian mother and a member of the Oromo People’s Democratic Front, was installed as Desalegn’s replacement in large part because it was believed his appointment would help to ease the tension, quell the protests, and keep the country from completely disintegrating.

With the pressing need for fundamental changes and dramatic reforms abundantly clear – even Desalegn acknowledged as much in his resignation letter – the bold PM got down to work quickly. Abiy loosened the state’s tight grip and control on the economy, privatizing key state-owned enterprises, pledged multi-party elections, publicly denounced the government’s use of torture and apologized for the killing of protestors, released thousands of prisoners and opposition leaders, and promoted reconciliation with exiled dissidents and critics.

The wide-ranging reforms also extended to dramatically shift the country’s longstanding policy toward Eritrea, made possible by the sidelining of the historically dominant Tigrayan People’s Liberation Front (TPLF), which was threatened by change and did not want to cede its vice-like grip on control. In June, shortly after coming to power, Abiy announced that Ethiopia would finally unconditionally accept and fully implement the UN-backed Eritrea Ethiopia Boundary Commission (EEBC) ruling of 2002, thus totally breaking with the hard-line, intransigent policy of previous TPLF-led Ethiopian governments. Soon after, in quick succession, a high-level Eritrean delegation would visit Ethiopia, Ethiopia’s PM Abiy and Eritrea’s President Isaias Afwerki visited each other’s capitals, and peace and cooperation agreements were signed.

Rather than being entirely driven by financial assistance from the Gulf, the normalization of ties between Eritrea and Ethiopia thus may be understood as an important element of the broad reforms and transformations which arose in Ethiopia in response to years of turmoil and popular protest. With a country in deep crisis and its survival under considerable threat, the Ethiopian government perceived the “no war, no peace” situation with Eritrea as no longer sustainable. It was also increasingly being recognized by many that Eritrea was strengthening its regional and international engagements and growing in influence – effectively countering Ethiopia’s longstanding strategy of containment and isolation. Ultimately, peace would eliminate an unnecessary challenge and gain an important ally, helping to consolidate the new government’s power and strengthening its hand as it pushed through sweeping internal reforms, beyond leading to various other benefits.

In regard to Eritrea, the opportunity for genuine peace was a highly welcome development. Over the years, the country had remained consistent and unwavering in its policy toward Ethiopia, regularly expressing its firm commitment to and readiness for peace and normalization with Ethiopia conditioned upon its full acceptance of the EEBC ruling. Of course, with the TPLF in power, this was always unlikely. However, with the new reform-minded Ethiopian government appearing a genuine and willing partner, Eritrea responded positively to the overtures and moved ahead toward reconciliation. For it, peace was also vital, as it would not only further isolate and weaken the TPLF, a longtime enemy and negative influence in the region, but would tremendously boost its small economy, encourage much-needed investment, and, perhaps most importantly, allow it to move the nation’s focus and limited resources from the military occupation and national security – the underlying factors in its policy of extended national service, which helped drive emigration.

There is little doubt that Saudi and Emirati support, both diplomatic and financial, was important in helping move along the rapprochement between Eritrea and Ethiopia. For the Gulf states, the diplomatic rapprochement was also highly desirable, as it would have significant and positive security, stability, and economic implications for a strategically vital area. However, to characterize Gulf support as the decisive factor driving the peace is misguided. Although Saudi Arabia and the UAE have become increasingly active within the Horn of Africa in recent years, the countries of the Gulf and the Horn of Africa have a long history of ties and engagement.

Moreover, if the simple extension of financial assistance was the supposed key to peace between Eritrea and Ethiopia, surely a breakthrough could and would likely have been achieved much earlier. Instead, fundamental domestic political factors, particularly in Ethiopia, were pivotal and cannot be overlooked and considerable credit must go to the leaders of Ethiopia and Eritrea. Ultimately, both Asmara and Addis Ababa recognized that peace and cooperation were requisite in order to move their countries forward, promising long-term security, stability, and prosperity for their peoples and the broader region.

Home » More Than Money: A Closer Look At Peace In The Horn – OpEd