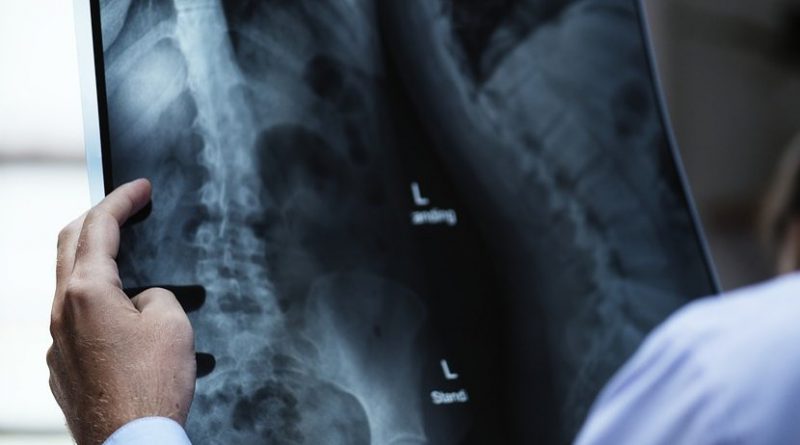 Medical x-ray units are the most widely used sources of ionizing radiation worldwide. According to a recent publication of the International Atomic Energy Agency, the estimated worldwide annual number of diagnostic and interventional radiological procedures (including dental) in 2008 was 3.6 billion. A medical x-ray procedure based on qualified clinical judgment when carried out by well trained personnel using optimally adjusted equipment are beneficial to the patient. To fulfill this requirement many agencies must work together.

Surgeon Major Walter C. Bevoor of the British army brought the first x-ray unit to India in 1898 within three years of the discovery of x-rays. It was a very primitive portable x-ray unit. Bevier used it successfully in the North East Frontier Province.

On June 13, 1898, The New York Times reproduced its details from an article titled “Roentgen Rays in Warfare – Great Usefulness to Surgeons under Practical Conditions in India” from The London Standard. Bevoor’s success inspired the British Government to equip all base hospitals in England with X-ray units.

According to Dr K N Kamdar, a pioneering radiologist, a chemist in Bombay imported the first x-ray machine, possibly a commercial unit in 1902. Dr. Kamdar stated that medical colleges did not appreciate the value of x-ray machines until 1918. They started appearing in large numbers. There was virtually no regulatory control over them. Radiation protection as a special discipline did not exist for many years.

During the 60s, 70s and the earlier part of 80s, regulatory control of medical x-ray equipment and practices were on an advisory basis. Section 17 of the Atomic Energy Act 1962 referred to the enforcement of provisions of safety where radiation-generating plant is used. During 1963, the Central Government set up the Directorate of Radiation Protection (DRP) to enforce provisions of radiation protection envisaged under the Atomic Energy Act 1962. In 1971, the Central Government enacted the Radiation Protection Rules 1971.

Officers from the erstwhile Directorate of Radiation Protection and later Division of Radiological Protection visited major hospitals and carried our radiation surveillance programs. DRP sent a few officers for training to Australia, Canada and the UK under various schemes. They served as resource persons in training programs and for radiation surveillance activities among others.

Radiation protection was limited to organizing short term training programs on the safety aspects in the medical uses of radiation, providing personnel monitoring badges and providing installation plans taking into account safety. The DRP also started a type approval program to ensure that the x-ray equipment fulfills the built-in-safety provisions. DRP officers carried out radiation safety surveillance of a few thousand x-ray units in various parts of the country.

Scientists have recorded a few cases of very severe skin damage due to improper use of unsafe x-ray equipment. In one instance, a patient who underwent pacemaker implant received an estimated skin dose of 5880 rads. In another case in the same hospital, a patient received a skin dose of 2220 rads in a cardiac catheterization procedure. These are very rare instances.

Once the Department of Atomic Energy (DAE) set up the Atomic Energy Regulatory Board, the Board started enforcing radiological safety provisions in medical diagnostic x-ray installations formally on a priority basis.

In 1986, AERB held a National Seminar on “Radiation exposures in Medical X-ray Practices: Consequences and Control”. Many senior officials (Directors of Health Services, Directors of Medical Education) from State Governments, radiologists, representatives of allied professional associations, radiographers, x-ray unit manufacturers, x-ray tube makers, officers from Medical Council of India and Director General of Health Services and others participated. (Full disclosure, this writer actively participated in many of the activities of AERB from 1984 to 2004)

Simultaneously AERB set up a specialist committee with Dr Arcot Gajraj as Chairman. The committee had representation from Directorate General of Health Services, DRP/BARC and AERB. Its recommendations included type approval of equipment, organization of training courses with emphasis on safety, preparation of safety codes and guides, registration of x-ray equipment and installations among others. AERB enhanced the type approvals for x-ray equipment with the assistance from Radiological Protection and Advisory Division (RP&AD) of BARC. AERB implemented most of the recommendations.

AERB entered into an MOU with CSIR and DRDO to organize a nation-wide x-ray registration program. AERB coordinated with Radiological Physics Division of BARC and trained 125 inspectors for the program. They were middle level officers from the respective regional laboratories of DRDO and CSIR.

The data they collected included addresses, name and types of machines, lay outs giving details of the wall thickness of the installations , location of doors and windows, availability of protection accessories such as lead gloves and lead aprons, names and qualifications of personnel etc.

The program covered all 500 districts in the country. For the first time, AERB collected invaluable information on the status of medical x-ray safety. AERB conveyed remedial measures on obvious safety deficiencies to these institutions. No country has attempted such a massive program anywhere else in the world.

The program covered over 30,300 x-ray units. In a mid way analysis, AERB found that, the age of nearly 9% of the 15528 units registered was unknown. One out of five units was over 15 years old.

Only 16 % radiation workers had the badges for measuring their doses, one out of three installations did not have trained radiographers. Availability of protective accessories varied widely across the nation.

Promulgation of Atomic Energy (radiation Protection) Rules 2004 helped to remove virtually all the legal infirmities. As per the graded approach, the rules stipulated that CT scans and interventional radiology equipment must be subject to stricter control as they have the potential to deliver high doses.

In a coordinated research project, ten RSO/medical physicists as principal investigators measured entrance doses in 12 examinations from 40 hospitals. The analysis showed that entrance skin doses estimated for 12 common X-ray for the most part, fall within the reference levels specified in the Basic Safety Standards (BSS). This is a very good observation. However, this is not enough. As seen in other countries, the researchers found that the doses for the same examination varied significantly. The users of the equipment must carry out better practices to reduce variations.

AERB realized that regulating such a source of radiation from a centralized location is a daunting task. It persuaded State Governments to set up independent Directorates to regulate safety. The progress in the program is extremely slow.

The x-ray registration program received a shot in the arm with the introduction of e-LORA. Presently, AERB is operating a very user-friendly system for registering x-ray units.

“eLORA, e -Licensing of Radiation Applications, is a web-based I&CT (Information and Communication Technology) application establishing direct communication channel between AERB and its stakeholders for exchange of information and communication transaction for delivering its regulatory services as well as for achieving higher efficiency, reliability and transparency in dealings.”

Trained service engineers must carry out quality assurance of each equipment. AERB registers the equipment only after ensuring that the installation fulfills all requirements.

AERB website provides the details for registering all radiation sources.

This writer feels that at least a few x-ray units must be independently surveyed annually as a check on the work of service engineers.

AERB took enforcement actions (sealed the X-ray installation or issued warning of seal for X-ray facility for a period of 30 days to comply the requirements) against the diagnostic X-ray facilities depending upon the deficiencies mentioned above.

AERB has initiated a pilot project to record and monitor radiation doses of patients undergoing medical diagnostic procedure as well as interventional radiology procedures with the support of Tata Memorial Hospital and All India Institute of Medical Sciences. The agency has plans to extent it nation-wide. The concerted action of AERB will enhance radiation safety status of medical x-ray installations. Slogans such as “less government, more governance etc” are great. Relaxation of procedures in matters of safety must be done only after due deliberation, long contemplation and discussion.