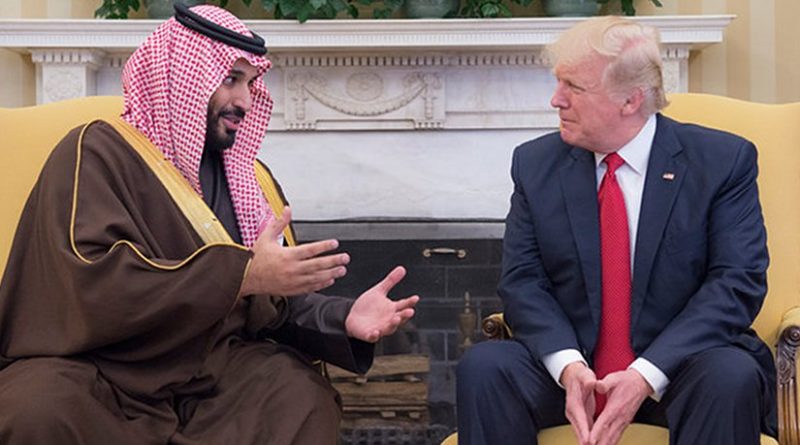 As expected the Democratic Party won the majority in the US congressional elections, while the Republicans held on to their majority position within the Senate. As a result, President Donald Trump is on a weaker position today than ever before in his nearly two-years in office, which has been highly divisive and polarizing for the voters. The 2018 midterm election results were truly a verdict on his presidency than anything else.

Guessing what is coming on his way within the next few months, Trump promptly fired his Attorney General Jeff Sessions. It is worth noting that Sessions was one of the earliest supporters of President Donald Trump, but over time their relationship became strained. After Sessions recused himself from special counsel Robert Mueller’s investigation into Russian interference in the 2016 election and whether Trump campaign associates colluded with Russia, Trump’s attitude toward Sessions changed. He felt betrayed or abandoned.

Matthew Whitaker, who was Sessions’ chief of staff, will fill the position. He is known to be against Mueller’s investigation. As acting attorney general, Whitaker will be able to reject requests — such as for more funding or for subpoenas — from the special counsel’s office. According to the CNN, Whitaker could use this authority as a potential way to reign in special counsel Robert Mueller without firing him outright, should he choose to do so, although his plans for handling the Russia investigation are still unclear.

Former Republican Presidential candidate and Senator-elect Mitt Romney from Utah state said that Trump’s firing of Sessions should not affect the special counsel’s investigation into Russian interference in the 2016 election. He said, “Under Acting Attorney General Matthew Whitaker, it is imperative that the important work of the Justice Department continues, and that the Mueller investigation proceeds to its conclusion unimpeded.”

Trump’s problems, however, don’t end with the Mueller probe. He has been keen on strengthening ties with Saudi Arabia, a longtime American ally. There, the young crown prince Mohammed bin Salman (MBS) outmaneuvered his rival in 2017 to consolidate his position.

Jared Kushner, the president’s son-in-law and senior adviser, has been particularly close to MBS. Mr. Kushner wants to maintain support for the crown prince despite the death of journalist Jamal Khashoggi, who Saudi officials now say was killed with a lethal dose of tranquilizers and dismembered. Previously, Saudi officials said that Mr. Khashoggi had been strangled.

According to the Washington Post and the New York Times, the Central Intelligence Agency has recently concluded that the Saudi crown prince ordered the killing of Mr. Khashoggi, according to American officials. The C.I.A. made the assessment based on the crown prince’s control of Saudi Arabia, which is such that the killing would not have taken place without his approval and has buttressed its conclusion with two sets of crucial communications: intercepts of the crown prince’s calls in the days before the killing and calls by the kill team to a senior aide to the crown prince.

The intercepts show that MBS was trying to find ways to lure Mr. Khashoggi back to Saudi Arabia, although the crown prince did not specifically say in the phone calls that he wanted to have Mr. Khashoggi killed. The CIA is also believed to be examining communications between Mr. Khashoggi and the Saudi ambassador to Washington, Prince Khalid bin Salman, the brother of the crown prince.

The Turkish authorities had a 15-minute audio recording where the Saudi “hit-squad” team could be heard discussing and reviewing their plan, and reminding each other of their duties, showing the strongest evidence of the premeditated nature of the killing. In that recording, Khashoggi’s “desperate attempts to survive” could be heard.

The CIA has passed that assessment on to lawmakers and Trump administration officials.

The increasingly definitive assessment from the CIA creates a problem for President Trump, who does not want to jeopardize $110 billion arms deal to the desert kingdom. He has tied his administration to MBS and proclaimed him the future of Saudi Arabia. But the new assessment by the C.I.A. is sure to harden the resolve of lawmakers on Capitol Hill to continue to investigate the killing of Mr. Khashoggi and punish Saudi Arabia.

A bipartisan group of US senators has already introduced legislation seeking to punish Saudi Arabia over Khashoggi’s murder and the kingdom’s role in the devastating war in Yemen. The move came hours after the United States slapped economic sanctions on 17 Saudis, including top aide of MBS, Saud al-Qahtani, allegedly involved in the killing of Khashoggi inside the kingdom’s consulate in Istanbul.

The new US measures, which follow travel bans already in place, freeze any assets the 17 may have in the US and prohibit any Americans from doing business with them.

“The Saudi officials we are sanctioning were involved in the abhorrent killing of Jamal Khashoggi,” Treasury Secretary Steven Mnuchin said on Thursday. “These individuals who targeted and brutally killed a journalist who resided and worked in the United States must face consequences for their actions.”

The sanctions will be implemented under the Global Magnitsky Human Rights Accountability Act, which targets the perpetrators of serious human rights abuses and corruption. The announcement was unusual for Washington, which rarely imposes sanctions on Riyadh.

The move came after Riyadh’s public prosecutor said five out of 11 suspects are facing a possible death sentence in the case.

If the Senatorial bill were to become law, it would suspend weapon sales to Saudi Arabia and prohibit US re-fueling of Saudi coalition aircraft conducting air raids in Yemen. It also would impose sanctions on anyone blocking humanitarian access in Yemen and anyone supporting the Houthi rebels.

US Vice President Mike Pence has said the US will hold the murderers of Jamal Khashoggi to account, following reports in US media that Saudi Crown Prince MBS ordered the killing. Mr. Pence described the murder of the Saudi journalist as an “atrocity” and an “affront to a free and independent press” but declined to comment on classified information.

President Trump has repeatedly maintained that the USA needs Saudi Arabia for business and creating American jobs. So, he is not expected to take any measures that will weaken MBS’s position inside Saudi Arabia that may undermine the US strategic goals about the region, esp. vis-à-vis Iran and keeping the oil price low (to punish Iran). MBS has also proven to be a reliable partner in bolstering Israeli strategic interests and Pax-Judaica.

What’s to expect next?

Neither Trump administration officials nor intelligence officers believe the controversy over Mr. Khashoggi will drive MBS from power, which is one reason White House officials believe cutting ties with the prince would not be in the interest of the United States.

“It is one of those acts that must cause us to re-examine the relationship and how much dependence we place on it,” said Representative Adam B. Schiff, Democrat of California, who is set to lead the House Intelligence Committee next year. “If we truly want to affect Saudi behavior, it is going to be more important to focus on bringing an end to the campaign in Yemen than these announcements of sanctions on these individuals we are unlikely to be able to reach,” he said.

Skepticism in Congress about the Saudis has grown as Saudi officials have given multiple and conflicting accounts of what happened in the consulate in Istanbul. This week, they announced they would seek the death penalty against some of the perpetrators.

CIA officials have long been unsure about MBS and his abilities to lead the kingdom. Now that they may have established the latter’s involvement with the barbarous murder of the Saudi journalist could such information be used as a blackmail or bargaining chip to make him to play to the tune of Washington?