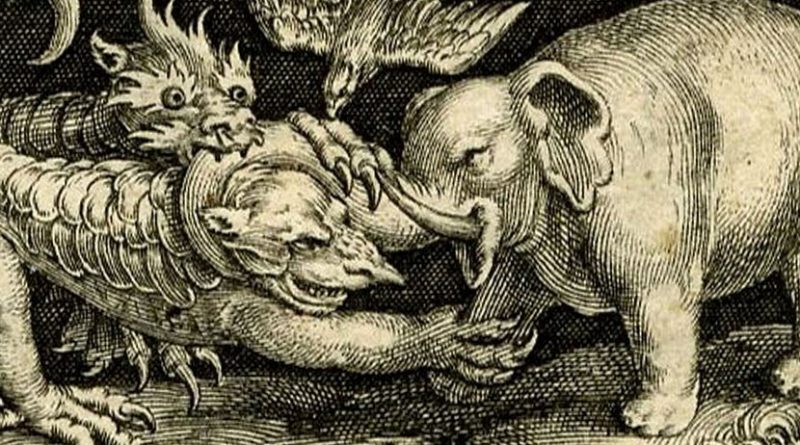 It has been posited that in the 19th century, the world was Europeanized. In the 20th century, it was Americanized. Now, it is being Asianized. But is the story of the Asian success as blossoming as it looks.

There are immense challenges across the contemporary world. Merkelisation has caused a social crisis in the European Union which has been exacerbated by BREXIT, and Francis Fukuyama, the noted author of The End of History expresses his fears for a U.S.-China war.

From an underdeveloped country China has grown into America’s foremost economic competitor. Since 1992, China’s share of global GDP has grown from less than 1 percent to 16 percent. During this period, America’s share of global GDP has slightly declined from 26 percent in 1992 to 24 percent in 2017. On the other hand, there is a significant decline in the share of Europe and Japan.

The U.S. and China are world’s leading economies where U.S. is world’s largest consumer and China is the world’s largest manufacturer. China’s rise in economic power has been accompanied by an increase in U.S.-China bilateral trade. The United States overall goods and services trade deficit with China in 2018 was $378.6 billion.

The UN in its new study – Trade and trade diversion effects of United States tariffs on China – points out that the ongoing U.S.-China trade war is not only hurting both countries but also affecting the stability of the global economy and jeopardizing future growth prospects. The trade war has resulted in a sharp decline in bilateral trade, higher prices for consumers and trade diversion effects such as increased imports from countries not directly involved in the trade war.

The ongoing “trade war” is only one dimension of growing frictions, which include a competition for technological leadership, a struggle for strategic and military preeminence and antagonism over opposing political systems and their underlying values.

Asia is now a nerve center for global economic activity and a theatre of some of the most critical political and security developments of our time. Based on the latest United Nations estimates, the current population of Asia is over 4.6 billion which is equivalent to over 59.76% of the total world population.

China and India are the two major economies of Asia. The commencement of the 21st century saw the arrival of China on the world stage as an economic powerhouse that moved the concentration of manufacturing away from America and Europe to the Chinese mainland.

As a result, the social equilibrium in both the countries was affected as jobs were taken away and the capital sucked in to the Far East. India which opened its economy in 1991, for the first time in 2000s started posting China like GDP growth figures albeit with a model of a western style democracy and independent judicial system.

However, both China and India are facing severe challenges. Chinese economy has been slowing down for over a decade. Fall in the industrial output and slowing down of exports of the country shows the decline of the Chinese industry. This coupled with the issues that concern the very health of the Chinese banking sector is a matter of great concern.

Its trade war with the U.S. is a major impediment to investment and manufacturing. China and the United States have led, accompanied by the increase of global debt that could hit a record US$255 trillion at the end of 2019. This debt-fuelled growth has added more pressure on economies around the world imposing potential risks on countries with slowing growth.

India on the other hand has its own set of serious challenges as its crisis has been in the making for a long time now. The GDP profile of India is akin to a post-industrial society whereas the country has not been industrialized in any significant way. According to the Economic Survey 2017-18, agriculture sector employs more than 50 per cent of the total workforce in India and contributes around 17-18 percent to the country’s GDP.

Across India, agricultural labour is the main occupation which has a low skill threshold. The government interventions fail to bring economic empowerment to them as their wages are determined by the laws of supply and demand. And after the Green Revolution in India, the supply has by far been exceeding the demand.

At a global level, Indian economy is still at a nascent stage when compared to that of China which has a much higher value addition factor, is thrice as big and twice as integrated into the world economy as India’s. Thus it somewhat mitigates the level of crisis of India from external factors but not from internal challenges which are more systemic in nature and need a long-term perspective for address.

While China moved upscale, India lost out in the third wave of international competition in labour-intensive products. There is severe shortcoming in creation of human capital and development of urban infrastructure which is required for a competitive economy.

It is no surprise that emerging countries like Vietnam have begun taking over China’s space in electronics, garments, and textiles where labour costs and electricity rents are lower, productivity is higher and land rates are more competitive than those in India. Vietnamese children are among the very best in the world in science in tests conducted by the Organisation for Economic Co-operation and Development (OECD) under its Programme for International Student Assessment; in mathematics, they are at the OECD average, above France.

Can opening up of economies and increased trade within Asia to empower the economies be the answer? India presently an observer with ASEAN missed the opportunity becoming a founder member of the organization when Indonesia, Malaysia, Philippines, Singapore and Thailand had invited India to become a founding member of ASEAN and India declined. India’s socialist leanings at the time versus ASEANs free market orientation is one of the reasons for example.

Recently Japan’s Prime Ministe Shinzo Abe personally intervened with Prime Minister Narendra Modi to persuade him to join the Regional Comprehensive Economic Partnership (RCEP). India did not join RCEP which it had been negotiating for the past 7 years and 5 under Modi. Other ASEAN countries had repeatedly weighed in with India to be part of it, to balance China.

It is argued that in theory, Free Trade Agreements (FTAs) are good for everybody whereas in practice, they are often tilted towards manufacturing powers to the detriment of services powers.

Unlike India, China and ASEAN countries have built a vast manufacturing network and desperately need a market to keep their machines whirring and boost their export. Many argue that with its trade and supply chain networks that link to ASEAN, China is looking to become the unchecked dominant power of Asia.

India on the other hand is a human resource power and imports too much starting from oil. It does not have enough to export or something which gives it a dominant position in the market. Indian manufacturers cannot match prices or quality especially China for various reasons such as land, labour and tax laws, currency and issues like creative destruction of businesses.

It is argued that not signing RCEP is about protecting Indian interests but do those interests lie in protecting inertia, a comfort zone and basic un-competitiveness?

There is also a flip side to free trade. Turkey, Egypt, Persia were forced to declare bankruptcy by prematurely opening their markets to the colonial powers. This is the reason how the British picked up the Persian Oil Company (now British Petroleum) and the Suez Canal at meager prices. What is interesting to know is that the British fought the world wars with Indian manpower, Persian Oil and ownership of the Suez Canal.

Presently the global economy is struggling and so are the local ones. Moody’s has already slapped downward warnings on Britain, South Africa, India, Mexico, Turkey and Hong Kong in its 2020 Global Sovereign Outlook.

In 2019, India’s GDP growth is likely to fall below 5% in the second quarter. There is no better measure of consumer enthusiasm than GST. If collections are stuck at the same INR 95 to 100 lakh crores for two years, the signals are ominous for the economy. If corrective measures are not taken immediately, there is a very high risk that India’s GDP growth will fall to 4% by March 2020.

Luckily under the leadership of Prime Minister Modi foreign relations are being led by S. Jaishankar, India’s longest-serving ambassador to China with a four-and-a-half year term, and later to the U.S. Before Jaishankar assumed responsibilities in Beijing, Indian   imports from China were at USD 30.61 bn in 2009 which increased to USD 58.23 bn. In Jaishankar’s tenure in 2013, China overtook UAE to become India’s biggest trading partner.

It is very interesting to note that two evolving large trade and investment blocs – TPP and RCEP – which are setting rules and standards for the economic area in the region have neither the U.S. nor India included.

Though time ejaculates transitions in its own interesting ways, at this juncture it would be a bit premature to assume that the Double-Helix of China and India would play a main role in the reemergence of Asia as world’s dominant power. It’s always better to wait and watch – there’s many a slip ‘twixt the cup and the lip.

* Manish Uprety F.R.A.S. is an ex-diplomat and Jainendra Karn is a senior BJP leader.