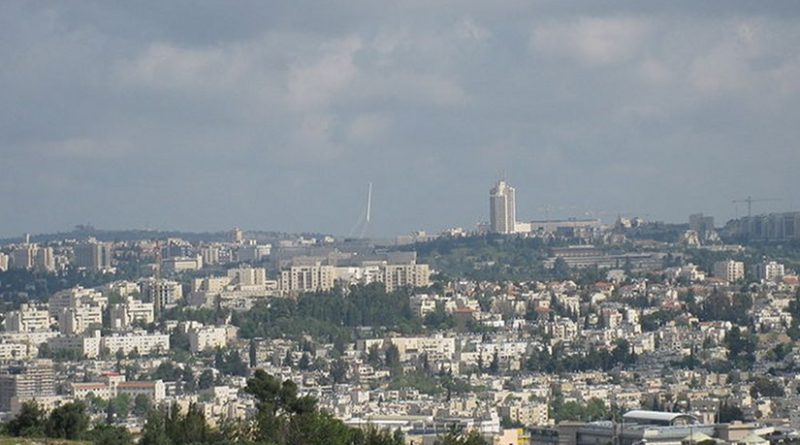 A suggestion that Romania may follow America in moving its embassy in Israel to Jerusalem has dismayed Palestinians.

Assistant Foreign Minister Amal Jado expressed anger at the speech by the speaker of the Romanian parliament, in which Dragnea spoke of following the US in moving the embassy to Jerusalem.

Jado said this would “contravene international law and UN resolutions, particularly Security Council resolution 478, and the position of the European Union regarding the legal status of Jerusalem.”

According to a press release, the Assistant Foreign Minister also expressed Palestinian dismay with Romania’s decision to abstain from the UN General Assembly resolution on the status of Jerusalem, saying that this showed bias in favour of Israel as the occupying state.

Romania abstained during the December 21 vote in the General Assembly on the status of Jerusalem, which overwhelmingly condemned US President Donald Trump for announcing that the US would move its embassy to Jerusalem.

Despite Israeli pressure on countries to recognise an undivided Jerusalem as its capital, most countries have refused to do so until Israeli and Palestinian leaders agree on a two-state solution, which includes an independent Palestinian state on what is now the Israeli-occupied West Bank. Palestinians also insist they want their capital located in East Jerusalem.

So far, only Guatemala, a small, poor central American state, dependent on US aid, has said it will follow the US in moving its embassy to Jerusalem.

Palestine’s ambassador in Bucharest, Fouad Kokaly, met Romanian Foreign Minister Teodor Melescanu on Wednesday to pass on the same message as the Assistant Foreign Minister, according to a Facebook message posted by the ambassador. Melescanu did not comment on the meeting.

Despite the diplomatic tension, Dragnea insisted on Wednesday that moving the embassy was only a practical response to the fact that Jerusalem is the de facto seat of the Israeli government.

“I don’t think it’s that complicated … In Israel, all the embassies are in Tel Aviv … but the central institutions of the Israeli state are in Jerusalem. Every morning, the ambassadors and a part of the personnel travel to Jerusalem and they go back in the evening,” he said.

“If Israel moves its capital officially to Jerusalem, do we keep our embassy in Tel Aviv? I’m just wondering. Let’s say we move the capital to Brasov. The embassies stay in Bucharest?” Dragnea asked.

Unofficial reports in the Israeli media name Romania, the Czech Republic and Slovakia on a list of ten countries that Israel hopes will move their embassies to Jerusalem.

Israeli Deputy Foreign Minister Tzipi Hotovely on Wednesday said Israel had initiated contacts with at least 10 countries interested in moving their embassies, and some European countries were among them.

However, she said she could not disclose the names because these governments were “under tremendous pressure from the Arab states and other European countries”.

It also said that Romania’s government did not think that it was the right time to debate the status of Jerusalem before a sustainable solution to the conflict is found.

During the communist regime of Nicolae Ceausescu, Romania was a reliable supporter of the Palestinian Liberation Organization. Bucharest was one of the first to recognize the Palestinian Authority after the Palestinian Declaration of Independence on November 15, 1988.