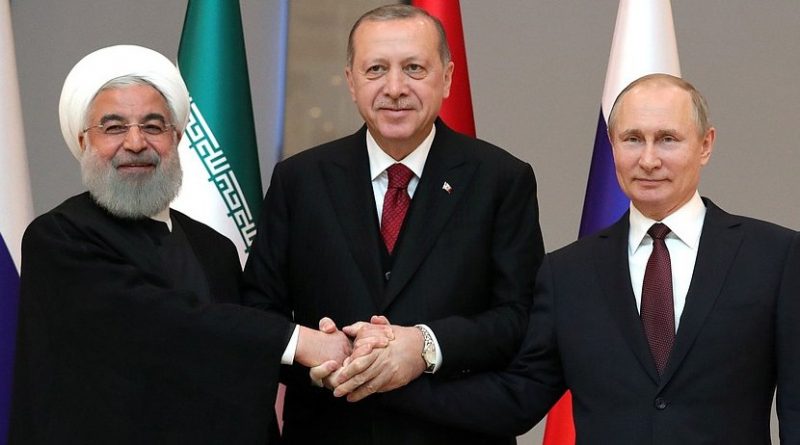 The Russia-Turkey-Iran summit on Syria will be held in Russia in early 2019, a Russian diplomat announced Friday.

The leaders of the Astana trio (Russia, Turkey and Iran) will meet in Russia at the beginning of 2019, Russian Special Presidential Envoy for the Middle East and Africa and Deputy Foreign Minister Mikhail Bogdanov told reporters on Friday.

“The Russia-Turkey-Iran summit will be held in Russia at the beginning of next year,” he said, Tass News Agency reported.

“Now it is our turn to host the summit of the guarantor countries. It is due to take place tentatively during the first week of next year, that depends on the presidents’ work schedule,” Bogdanov noted.

The previous top-level meeting in this format was held in Tehran on September 7.

Home » Astana-Format Summit On Syria To Be Held In Russia In 2019: Diplomat