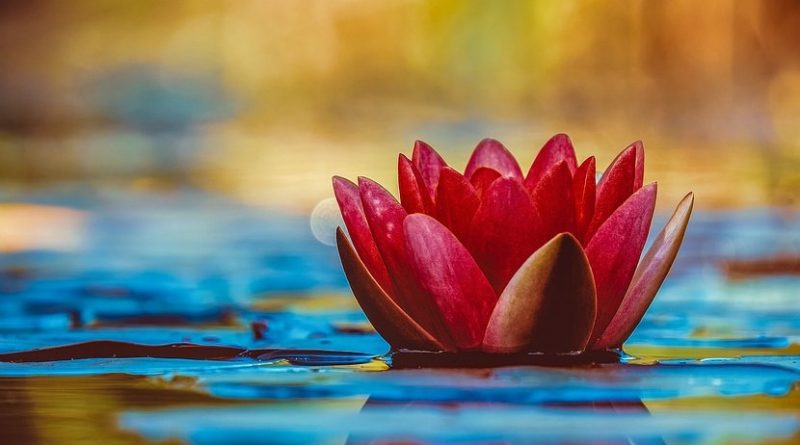 He moved towards a grassy loft to rest and bent to touch a wild weed with yellow bright flowers that survived the storm. “Lord, even in the midst of our darkest hours, your beauty gives us hope”, he murmured in his dialect.

What is in a flower that attracts humans and exudes beauty and radiance?

Scientists Try to Explain Why

Several scientists tried explaining this. Geophysicist Dr. Zbigniew Motyka who currently works at the Department of Technical Acoustics and Laser Technique, at Główny Instytut Górnictwa in Poland says the question has connections to physics, aesthetics, science and art, “People perceive flowers attractive because of immanent physical properties e.g. symmetry or color composition, which makes us think of them as beautiful,” he said.

He quotes Aristotle in metaphysics, ”All men by nature desire to know. An indication of this is the delight we take in our senses; for even apart from their usefulness they are loved for themselves; and above all others the sense of sight.”

“For not only with a view to action, but even when we are not going to do anything, we prefer seeing to everything else. The reason is that this, most of all the senses, like sight, makes us know and brings to light many differences between things.”

French visual scientist Dr. Louis Brassard agrees but goes further saying “human’s perception of flowers being beautiful is not only due to aesthetic appreciation but also because of mammalian feeling.”

“Humans have a higher level of aesthetic pleasure where what is pleasurable is what reveals some fundamental forms of our own perception. ,and appreciation of beauty is one, ” Dr. Brassard said.

“More primitive animals are attracted by food, water, mate, shelter and are repulsed by predators and this does not change during their life. Mammals can learn new mode of actions and their mode of actions can take place over long period of time like appreciation of beauty (episodic world).”

“They can be attracted by aspects of the world with high probability to promote certain long term mode of actions. So they have attractions not to immediate target of action but to favorable conditions for desired long term action goals,” he wrote to elaborate.

Beauty in the Eye of the Beholder

But do all humans see flowers as beautiful?

We find things beautiful because of reflectance, emission and transmission spectrum that is relatively narrow (pure colour) and salient (i.e. not brown or green). We find coloured stones beautiful, and coloured skies. This spectral specificity and salience in biological structures function in a symbiotic relationship, as for flowers for insects and berries for birds and mammals and so for us this may just be an exaptational effect – we are drawn to structures that evolved as salient signs for others, he explained.

But how and why have we evolved a sense that some things are beautiful, regardless of usefulness? And what makes flowers, in general terms, more beautiful than berries?

Dr. Edwards answered his question saying flowers have a complexity and specificity of shape/structure, each one rather different from another. For symbiosis this is important as the color and shape of flowers consistently morphed over a period.

The beauty of flowers make relate to intricacy, specificity and consistency in shape. Gardeners revel in the subtle variations in form of their flowers, the delicacy and symmetry of the white jasmine, the voluptuousness of the paeony, the precision of a clematis star, he cited as examples.

Beauty of Flowers a Form of Communication

Ecologist Dr. Marcel M. Lambrechts of the French Centre d’Ecologie Fonctionnelle et Evolutive says there is a difference between insects being attracted towards different types of flowers the way humans are attracted.

Humans’ attraction to flowers is likely an exaptation – of no usefulness in itself but a sign of a useful attraction to things that show ordered complexity he explained but may that we also sense flowers as a sign – a form of communication.

“There is a ‘picture mode’ of perception that our brains can switch on and off, allowing us to recognise, for instance, caricatures, and more simply, just flat images as being images. Even within flat images, like a playbill at a theatre, we unconsciously sort letters and picture and assign them different ‘notional’ spaces. Pictorial communication is so important to us that flowers get caught up in this different type of perception,” he said.

To this, Dr. Edwards doubts. Humans have not yet even identified a survival value for liking flowers nor do people consistently prefer different flowers over a long period or do their tastes change, he said. A lot of flower preference comes with sentimental association, he added

Dr. Lambrechts says some creatures, including humans, are attracted to ‘super stimuli’ in this context, domesticated flowers that are much bigger/more colourful/etc. more efficiently attracting humans,

And if humans are ‘instinctively’ attracted to flowers, why are women more attracted than men?

Lambrechts explains some species/individuals are more plastic in behaviour than other species/individuals, and their level of phenotypic plasticity has a genetic basis. meaning attractiveness to many flowers in humans has in at least some level a genetic/instinctive basis.

Flowers’ Beauty Only A By-Product

“The beauty of flowers is a by-product of the biological change a plant undergoes to attract pollinators with the purpose of ensuring genetic continuity.”

Pleasing the human eye is far from the physiological intents, de Pamphilis said, Scent, color, and size all attract a diversity of pollinators, which include thousands of species of bees, wasps, butterflies, moths, and beetles, as well as vertebrates such as birds and bats.

Plants and trees reproduce their kind through the process of pollination where the transfer of pollen from a male part of a plant to a female part of a plant, takes place, enabling later fertilization and the production of seeds.

The scientists’ points of view matter not to Andres Agwilang, a devout born again Christian. To him, where a flower blooms, so does hope.

“When flowers appear on Earth, the season of singing has come”, he quoted the Bible’s Song of Songs at Chapter 2, verse 12

About the Author: Dr. Michael A. Bengwayan wrote for the British Panos News and Features and GEMINI News Service, the Brunei Times, and US Environment News Service. In the Philippines, he wrote for DEPTHNews of the Press Foundation of Asia, Today, the Philippine Post, and Vera Files. A practicing environmentalist, he holds postgraduate degrees in environment resource management and development studies as a European Union (EU) Fellow at University College, Dublin, Ireland. He is currently a Fellow of Echoing Green Foundation of New York City. He now writes for Business Mirror and Eurasia Review.

Home » Scientists Explain Why Flowers Are Beautiful And Attractive – OpEd