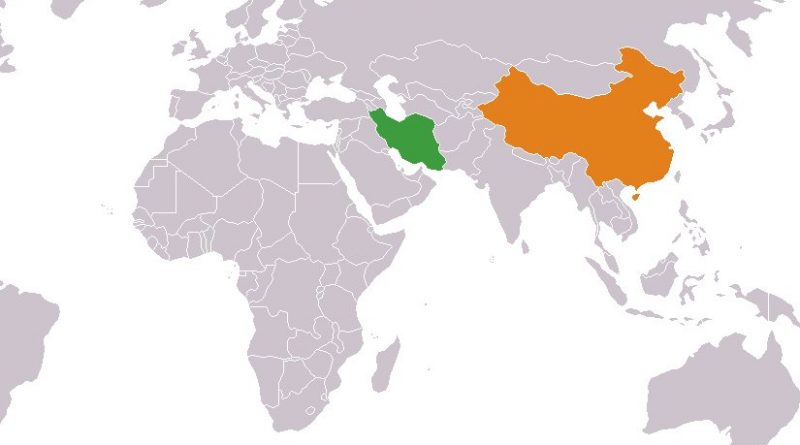 When the 27 nation European Union decided to place an oil embargo on Iran effective from July 1, 2012 little did they envisage that the success or failure of their gambit would largely depend upon what attitude China took. It is entirely possible that the EU, suffering from a severe economic crisis, took this huge gamble in the hope that such an action would induce Iran to come to the negotiating table to discuss its nuclear ambitions and more optimistically resile from the actual production of nuclear weapons. Whether the refusal to buy Iranian oil, as envisaged by the EU embargo, actually induces Iran to change policy or affects a regime change as sanguinely hoped by the west remains to be seen. The Iranians have probably not forgotten that the democratically elected government of Mossadeq was overthrown by the US and UK in a CIA sponsored coup [Operation Ajax] that led to the installation of the Shah.

It is indeed a strange irony that it was the west that first encouraged the Shah of Iran’s nuclear ambitions. Under the US ‘atoms for peace’ programme the Shah was allowed in 1967 to buy a 5-MW light water research reactor and interestingly the Bushehr nuclear facility was built not by the Russians but by Siemens! There was no word of protest then from the western powers as the Shah was deemed to be ‘our man’ and euphemistically dubbed as the ‘guardian of the gulf’. When Ayatollah Khomeini assumed power after the overthrow of the Shah and formed the new Iranian republic, he actually ordered the closure of Iranian nuclear facilities terming them as the ‘work of the devil’. It took the western-encouraged invasion of Iran by the then ‘friend’ Saddam Hussein for the Iranians to realise that if they had to survive his onslaught, they too would have to develop weapons of mass destruction. They had seen the havoc and the utter devastation caused by Saddam’s western supplied chemical weapons. It was indeed a very painful lesson.

The EU imports approximately 25 per cent of total Iranian oil exports. Within the EU the three major importers are Italy, Spain and Greece, all with very fragile economies. It is interesting that the date from which the EU decision becomes effective is July 1, 2012, in the hope that the situation in Libya would stabilize by then so that the loss of Iranian supplies could be adequately compensated. If the EU refuses to purchase Iranian oil any further, as has been announced beginning from July 1 this year, then the alternatives for Iran are to divert such surplus to major oil importing Asian countries. There are four major oil consuming countries in Asia beginning with China which imports about 22 per cent of Iranian crude, followed by Japan with 14 per cent, India about 12 per cent and South Korea about 10 per cent. Of the four, both Japan and South Korea might be inclined to follow the western line due to their very close security and economic links with the US, although so far they have refrained from making any commitments. India has found the situation extremely delicate and is in the process of finding a via media in the hope of not upsetting either of the two parties. India has been strongly urging for a diplomatic solution fearing that any flare-up would send the prices of crude sky-rocketing northwards with consequent sharp ill-effects on its economy. There are reports however that India might conclude a swap arrangement by which the payment for Iranian crude maybe made in rupees and partially in gold. Two Banks are mentioned in this context, the UCO Bank of India and the Turkish Bank Halk Bankasi.

To any observer it is obvious therefore that it is in the hands of the Chinese to tilt the balance either way. As China’s demand is huge it is also in a position to influence the spot market for oil. There are reports that officials of the Chinese oil giant SINOPEC are already negotiating with officials of the Iranian National Oil Company [INOC] for further major discounts on future oil imports. Ostensibly the purpose is to purchase Iranian oil on the cheap so as to build up healthy Chinese strategic oil reserves. Two Chinese companies, SINOPEC and China National Petroleum Co., have large exploration contracts with Iran on developing the Yadavaran and South Pars oil fields. Thus the Chinese stake in Iran is considerable.

Nevertheless the Chinese will have to balance their energy relationship with Iran with their interests in maintaining a solid working relationship with the US. The EU decision by itself has little meaning for the Chinese, for EU countries, singly or collectively, are in no position to influence the Chinese. It is the relationship with the US that worries the Chinese. The US has in recent times passed the ‘Comprehensive Iran Sanctions, Accountability and Divestment Act 2010’, which empowers the US Administration to prevent any company that trades with Iran from receiving US Export Licenses or to borrow more than US $ 10 million from a US Bank. A Chinese company, Zuhai Zhenrong, was penalised for trading in oil with Iran. Similarly, the US passed the ‘National Defence Authorization Act 2012’ that authorizes the Administration to penalize any company that deals with the Iranian Central Bank. It is through the Central Bank that all deals are settled. If the US can persuade the Chinese to toe the western line, the days for Iran are numbered.

On the other hand, if China decides to keep its relationship intact with the Iranians despite US pressure, it is in a position to do so. All it has to do is to purchase Iranian oil and off-set this against a supply of essential consumer goods from China to Iran and settle the accounts in Chinese Yuan. This would be perfectly acceptable to the Iranians and there is little that the west could do. There are reports that there are negotiations underway between Iran and China. In that case the EU ploy of declining to purchase Iranian oil to force them to come to the negotiating table on the nuclear issue would badly flop. And if India were to join with the Chinese, western policy makers would be in for a rude shock. Therefore whichever way the Chinese go remains the key to the whole issue.

RS Kalha is a former Secretary, Ministry of External Affairs [India] and can be contacted at [email protected]

Originally published by Institute for Defence Studies and Analyses (www.idsa.in) at http://www.idsa.in/idsacommentsEUOilembargoonIranChinaisnowthepivot_rskalha_30112

One thought on “EU Oil Embargo On Iran: China Is Now The Pivot – Analysis”