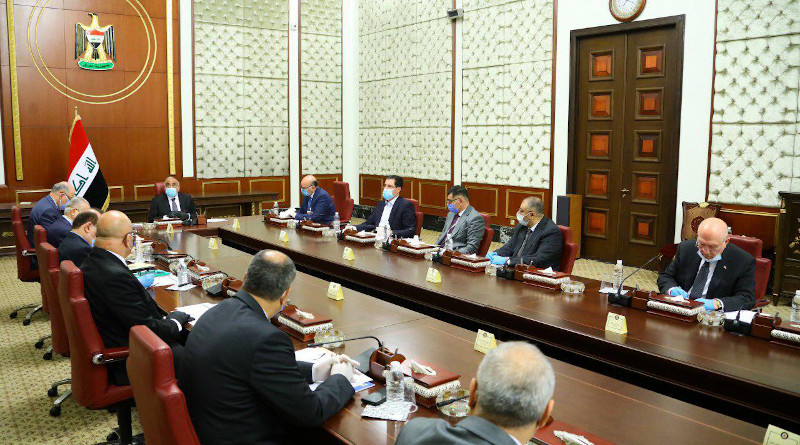 No one across the globe might have thought that by the first week of March 2020, the world would witness a pandemic due to a virus named Coronavirus or Covid-19. This has not only brought the global economy to a standstill but even questioning the potential of the global governments on the containment of the same. The exponential increase in cases especially in the western world including United States and Europe seems to be a mammoth task for a recovery in the near future.In the midst of this there are countries especially in the Middle East and North Africa (MENA) which are gone unnoticed. One such case is of Iraq.

Considered to be evolved since November 2019 in China, the contagious spreading of virus was observed since late December 2019 and by the third week of January in the new year, Wuhan, the epicentre of the spread was under the lock down.  In a few weeks’ time, there was a spurge of positive cases across Iran, Italy and South Korea- all three being major economic partners of China as well. Overtime it was observed that even in other countries across Europe and in the United States, the situation changed very rapidly. Even though a vaccine is not found yet, research is on demand across the globe. The MENA region has by far even affected due to international connectivity and person-to-person contacts due to the phenomenon of globalisation. Moreover, the worry is for those states where medical infrastructure and financial capacity  is not as advanced and relies on other states on the same and Iraq fits in there.

A nation which is still under post-war reconstruction and relies majority of its revenue from oil export, Iraq, was the epicentre of all geo-political activities in the world until this virus outbreak. Tracing back to September 2019, since the Saudi Aramco attacks, then the nation-wide protest against the governance, the blocking of the oil shipments in Basra, and to the assassination of Iranian Quds chief, Major General Qassem Soliemani and his ally, Al-Muhandis, who was the chief of Popular Mobilisation Committee (PMC), in Baghdad by the US airstrikes. Until early new year, Iraq was in headlines daily which also included the stepping down of Iraq’s former Prime Minister Al –Mahdi and later Mohammed Alawi. However, these were totally wiped by the virus outbreak even leading to crashing of international trade market.

The Iraqi economy runs on the oil resources, production and exports. Apart from the virus outbreak, there was a tussle between Saudi Arabia and Russia on the crude oil price mechanism and later even witnessing the exit of Russia from Organisation of Petroleum Exporting Countries (OPEC) Plus and the oil prices dipping to $31 per barrel, which has been the lowest since the Gulf War of 1991. Iraq being one of the founding members of OPEC and one of the largest exporters of oil in the last few years, has increased their crude oil production yearly but the global pandemic has affected its economy adversely as the Umm Qasr port which was earlier closed due to protest and might have the affect now again. Therefore, the country is in a dire state of financial and medical panic as the positive cases are slowly mounting up as identified in the last few weeks.

Another concern is that Iraq shares majority of its eastern border with Iran, which is the most affected nation in the MENA region. Will the virus outbreak spread to Iraq? Well, this is definitely a concern given that they account for huge cross border trade and a few major Shia shrines at Karbala and Najaf, being in the country where the visitors are in large numbers not only from Iran even from across the globe. Iraq’s bonhomie with Iran is a given fact as both are a Shia dominated nation and even the popularity in the governance are led by Shia clerics in both the nations; it has been observed that majority nations have got imported cases and this might also a possibility in the case with Iraq as well. As of  Mar. 30, 2020, Iraq has 547 reported cases of Covid-19 positive wherein 76 of them sprouted in a day’s time on Mar. 27, 2020; it seems to be moving into the third stage of the virus transmission, which in fact is very crucial and critical for a country which is equipped with limited medical infrastructure. There have been 42 reported deaths in the country as well. This indicates an acute situation for the oil rich nation which is still under political instability.

Given the statistics, this pandemic seems to affect Iraq more precariously in the coming days as the rates have exponentially increased even in the most medically equipped nations of the world as well. The pandemic is currently a panoramic spread and there are reports of shortage of medical equipment protection gears worldwide. Apart from this, as a measure of protection countries have locked their states. This indeed calls for more food supplies for their population and countries like Iraq will have suffer a huge cost for such a situation and a surge of unemployment rates in the long run. This would be a direct impact for the economically under developed nations leading to more casualties. Hence, the concern is global.

Concerning India, the crude oil trade from Iraq being a major factor for the former is a question to tackle. Iraq has been India’s largest supplier of crude oil in the last two years accounting for more than 13 percent of its total oil imports. If there would be stoppage of imports from Iraq, then there would be huge distraction to India’s oil sector and economy and the signs of such as a situation is very likely. Therefore, Iraq would be bearing a huge cost than India as the latter has other importers as well. Moreover, Iraq has been a priority exporter of oil to South Asia and China in the last few years. In spite of the chaos in Iraq, China’s helping hand to country in tackling this virus is a necessity given the experience of the former in the same. Perhaps this pandemic is signal that medical, human and environment security has to be prioritized over rivalry in international trade, politics and business globally.

The views and opinions expressed in this article are those of the author.

*Vishakh Krishnan Valiathan is a Research Assistant at Centre for Land Warfare Studies (CLAWS), New Delhi. His areas of interests include West Asia, South Asia, India’s Foreign Policy, Energy Security and Strategic Co-operation. He can be reached at [email protected].

Home » Summer Is Not Over But Winter Has Already Arrived: Iraq And Implications Of COVID-19 – Analysis