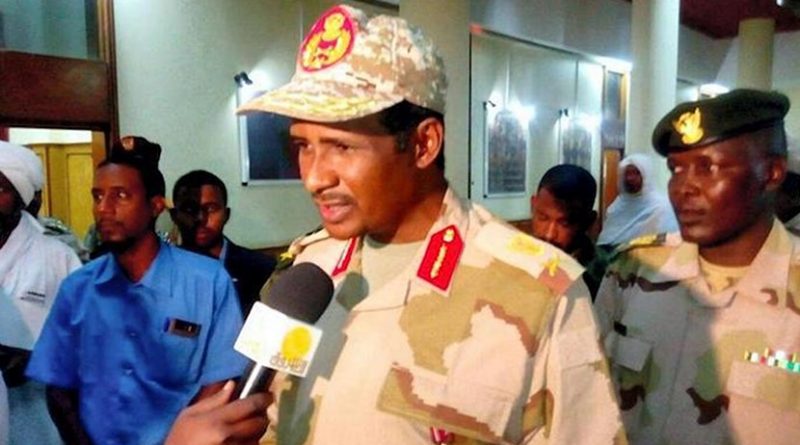 Political transition in the Middle East and North Africa operates so far on the principle of ‘The King is dead, long live the King.’

Libya’s battle for Tripoli alongside ongoing mass anti-government demonstrations that toppled autocratic leaders of Algeria and Sudan demonstrate that both popular Arab protests that in 2011 forced four presidents out of office and the counterrevolution it provoked are alive and kicking.

Protesters in Algeria and Sudan are determined to prevent a repeat of Egypt where a United Arab Emirates and Saudi-backed military officer rolled back the achievements of their revolt to install a brutal dictatorship or of Yemen, Libya and Syria that have suffered civil wars aggravated by interference of foreign powers.

In Libya, Field Marshal Khalifa Belqasim Haftar, the UAE-Saudi-Egyptian-supported warlord, hopes that his assault on the capital Tripoli, the seat of the country’s United Nations-recognised government, will either end the conflict militarily or at the very least significantly increase his leverage in peace talks.

In all three countries, Saudi Arabia and the UAE – the two Gulf nations most determined to maintain the Middle East and North Africa’s autocratic structure at whatever cost – have sought to either bolster military resolve to remain a decisive political force or support the rise of forces that fit their agenda.

On April 21, Saudi Arabia and the UAE pledged a three-billion-dollar aid package to Sudan, including a 500-million-dollar cash injection and transfers of cheap food, fuel and medicine.

The aid package contributed to deepening divisions among the opposition that has vowed to continue street protests until full civilian rule has been achieved despite the ousting of president Omar al-Bashir, the resignation of senior military officers, including the intelligence chief, and the arrest of Al-Bashir’s brothers.

While some Sudanese demanded that the military council reject the aid, other opposition groups, including several armed factions, travelled to Abu Dhabi to discuss a UAE-Saudi backed military proposal for a military-led transition council that would include civilians.

The Saudis and Emiratis are also hoping that Taha Osman al-Hussein, who was widely viewed as one of the most influential people in Al-Bashir’s inner circle, will play a key role in safeguarding the military’s position.

Al-Hussein returned to Khartoum in April from two years in exile in the kingdom, where he served as an African affairs advisor to the Saudi court, after having been unceremoniously sacked in 2017 on suspicion that he was a Saudi intelligence asset.

Moreover, the head of Sudan’s military council, Lieutenant General Abdel Fattah Abdelrahman Burhan and his deputy, Lieutenant General Mohamed Hamdan Dagalo, a paramilitary commander known as Hemeti, developed close ties to the Gulf states in their former roles as commanders of the Sudan contingent fighting in Yemen in support of the Saudi-UAE alliance.

A commander of feared Arab militias accused of genocide in Darfur, General Dagalo is widely viewed as ambitious and power hungry. His Rapid Support Forces (RSF) are deployed across Khartoum.

Al-Sisi has introduced one of the most repressive systems in recent Egyptian history. Western diplomats said General Dagalo’s ambitions virtually guaranteed that the military would not fully surrender power in any negotiated transition.

The military’s role in deposing president Hosni Mubarak as a result of a popular revolt in 2011 and subsequently restoring the military’s grip on power coupled with concern about General Dagalo inspired one of the Sudanese protesters’ chants: “It’s either victory or Egypt.”

Western and Arab diplomats also see Saudi Arabia and the UAE in the background of General Burhan’s decision not to meet with Qatari foreign minister Mohammed bin Abdulrahman al-Thani days after receiving a Saudi-UAE delegation. Sudan has since said it was working out arrangements for a Qatari visit.

Saudi Arabia and the UAE together with Egypt and Bahrain have diplomatically and economically boycotted Qatar for the past 22 months in a bid to force the Gulf state to tow their geopolitical line.

For now, Haftar’s offensive has waylaid a UN-sponsored peace conference that was expected to achieve an agreement that would have ensured that Islamists would continue to be part of the Libyan power structure.

Haftar, like his regional backers, accuses the Tripoli government of being dominated by Islamists, the bête noire of the UAE, Egypt and Saudi Arabia.

On a visit to Saudi Arabia days before launching his attack on Tripoli, Haftar reportedly was promised millions of dollars in support in talks with Saudi King Salman, and his powerful son, Crown Prince Mohammed bin Salman, in defiance of a United Nations arms embargo.

The battle for Libya could prove to be Haftar’s most difficult military offensive. His Libyan National Army (LNA) already controls Libya’s second city of Benghazi and much of rest of the country where it met relatively little resistance.

The battle also serves as a warning to protesters in Sudan and Algeria whose demands for fundamental change risk upsetting the UAE, Saud Arabia and Egypt’s applecart.

With no swift victory in sight in the battle for Tripoli, Libya risks another round of protracted war that could be aggravated by the fact that it is as much a domestic fight as it is a multi-layered proxy war.

Unlike Sudan, Libya has passed the corner. Years of civil and proxy wars have devastated the country and laid the groundwork for further violence. Algeria and Sudan still have a chance of avoiding the fate of Libya, or for that matter Syria and Yemen.

As the battle in Tripoli unfolds, Libya looms large as a live example of what is at stake. Protesters are up against forces whose backers have proven that there is little they will shy away from to achieve their objectives. Libya is but the latest example.

The king’s fate is at stake in the fighting in streets of southern Tripoli. His fate hangs like a sword of Damocles in the balance in the streets of Algiers and Khartoum.