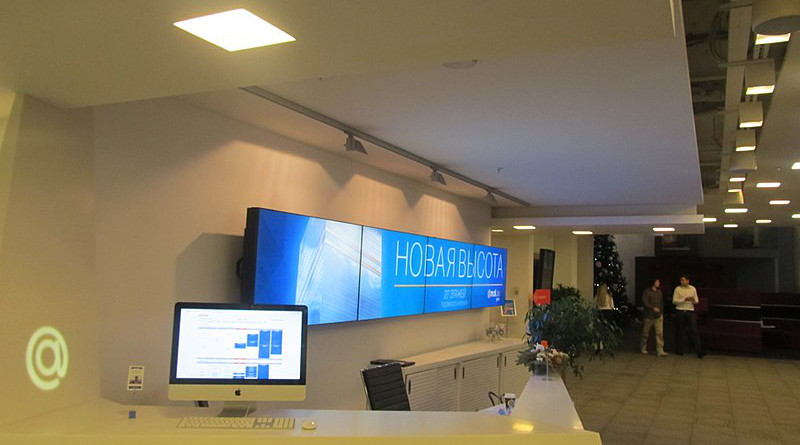 In Eurasia, the US and China are emerging as competitors. Along with other regional powers, their aim is to shift the post-Cold War balance of power there. Much is written about how major Eurasian states tend to establish certain spheres of influence over their immediate neighborhoods through military and economic means. Yet too little is being said about how the major players are flexing their muscles there through technological prowess. In other words, we begin to witness the emergence of so-called ‘techno-economic blocs’. Tied into this is the coronavirus pandemic. Its effects will likely speed up the decoupling of these emerging blocs even on an ideological level.

These emerging technological or techno-economic blocks are based on competing technological platforms. They are clearly imports to the region. The biggest have been created by companies in the US, China, EU states, and Russia. And they have a growing geopolitical significance in Eurasia as they create new types of communication dependencies among the populations across the region and governments that rule them.

The first such techno-economic bloc is taking shape around a US-centric ‘Anglosphere’ of Canada, Great Britain, Australia, New Zealand. To this sphere should be added various small states in Eurasia and elsewhere which tend to trust the US technology platforms. This global platform is based on the technological progress of western civilization, epitomised in recent years by the work of Silicon Valley tech companies. Bolstered by advanced DARPA developments, major US digital companies maintain their position by outstripping the pace of innovation across the world. In close association with the US is the European techno-economic bloc. Surely, the EU seeks more independence through legal and financial means, as with its recent privacy and competition laws. But they are still closer to the Anglosphere than to any other.

Across the Pacific, another techno-economic bloc is emerging around China. Beijing’s near trillion-dollar Belt and Road Initiative includes exports its major computing, data transmission, search engines. to many countries, especially in Asia-Pacific and South-East Asia. Opposed to the US-led bloc, the Chinese model seeks autarky. It is offering its neighbors access to its technologies and user data. The techno-economic blocs also involve helping neighboring states establish control over the population. Thus Beijing helped distant Ethiopia to set up monitoring of phones and the country’s entire internet activity. China introduced a so-called ‘Smart City’ program for Tajikistan, Uzbekistan and Kyrgyzstan to set up facial recognition in their capitals.

So far the Russian platform is arguably the smallest; it is more vulnerable compared to the US and Chinese blocs. The country lags in commercialization of innovation produced by its military-industrial complex and other government-controlled institutions. Another reason for Russia’s weakness and thus a reason for Moscow’s active tech-economic policies across Eurasia is the country’s relatively small population. Compared to the Chinese or even the US bloc, the Russian one lacks a burgeoning population. As the hope of finding a lasting compromise with Europe failed and a potential idea of a unified techno-economic space from Lisbon to Vladivostok faded away, it is the Eurasian Economic Union member states as well as other smaller post-Soviet countries which represent Moscow’s aim of unfolding ‘techno-economic’ activity. The latter because of Russia’s geopolitical ambitions all along its frontiers, most of which represent a frontline of heightened competition with the EU and the US, involves expanding access to user data in the South Caucasus, Central Asian states and elsewhere.

In the age of a common digital space, it is no longer enough to control a neighboring state’s critical infrastructure of, say, railways or ports. Extending control digitally would not only increase the control over vital users’ information running through various platforms. It will also limit competitors’ geopolitical influence in the neighbourhood. As Russia over the past 20 years has seen (and reacted to) revolutions which delivered pro-western governments, Moscow now sees gains in upping its control over major digital channels of influence in the post Soviet space, like social networks.

This involves an introduction of specifically Russia-created applications for Russian-speakers and those who have an elementary knowledge of the language. Over the past decade or so, Russian platforms like VK.com, Odnoklassniki.ru, Moi mir, Mail.ru etc. are being turned into the same tools of geopolitical influence as the existing dichotomy of American and Chinese Facebook and WeChat, Amazon and Alibaba, Cisco and Huawei. Their aim is to compete over large swathes of Eurasia. This competition also means Chinese digital companies will be denied rights to establish itself in the US bloc and vice versa. The US platforms are unlikely to dominate the Chinese techno-economic bloc.

The geopolitical competition between the US and Chinese techno-economic blocs would offer to the smallest Russia-led bloc, some geopolitical opportunities as well as potential troubles. Opportunities would involve China providing tech and resources to build Russia’s proposed sovereign internet. Russia and China have already held meetings on cybersecurity and internet control. Moreover, Russia would also enjoy 5G internet from the cooperation of Huawei and Russian mobile network operator MTS. Both states pursue the creation of certain geopolitical spheres of influence in Eurasia; and in cyberspace too, both states are propounding the idea of state sovereignty. So there is some common ground to work with.

This growing cooperation is noted in a recent threat assessment from the US intelligence community that “China and Russia are expanding cooperation with each other and through international bodies to shape global rules and standards to their benefit and present a counterweight to the United States and other Western countries.” Moreover, Moscow and Beijing also work “to gain the advantage for their national industries and move toward more state-controlled Internet governance.”

On a negative side, the expansion plans of the Russian techno-economic bloc and its cooperation with China drives a wider wedge between Russian and western digital practices. Here, too, as in the case of general Russia-China trade and military cooperation which flourished since 2014, Moscow-Beijing digital cooperation tilts in China’s favor. The same 5G development plans, though positive, are also a sign of Russia growing more dependent on Chinese technologies.

The coronavirus as a catalyst

The coronavirus serves as a catalyst here. Though many pay attention to possible economic aftereffects of the crisis, the pandemic would likely hasten the process of solidification of competing blocs. This will spill over into the need for various “digital states” to control information on the outbreak and the development of the pandemic.

As a conclusion, we could argue that though we are only in the early stages of techno-economic blocks across the globe, the thirst of large geopolitical players to impose their digital vision on smaller states will become more and more clear. It is also likely that the struggle of sovereign tech platforms for markets will increase.

On a more geopolitical level, the forming of techno-economic blocs is happening alongside the slow emergence of a geopolitical sphere of influence envisioned by Moscow and Beijing. However, as explained above, Russia-led techno-economic bloc’s relative weakness would cause Moscow’s growing dependence on China in the digital world. That digital process reflects a physical reality, too. After all, Moscow has a growing dependence on China in trade, military affairs, and general diplomacy.

This article was published at Riddle