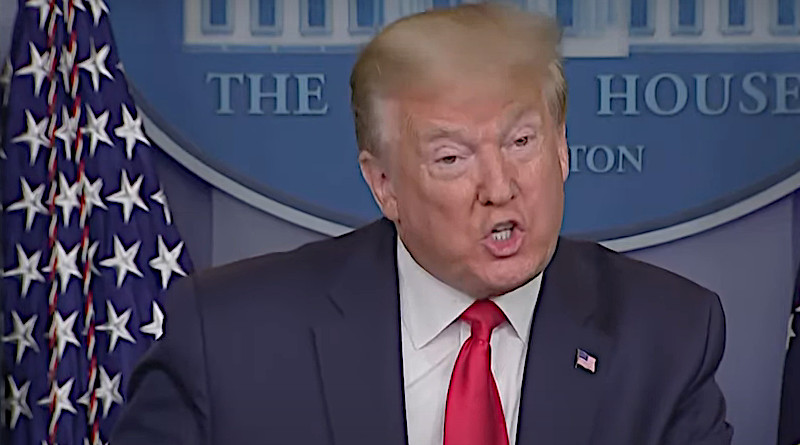 Accusing the World Health Organization of being under ‘total control’ of China, US President Donald Trump has severed all ties to the WHO and said US funding will be redirected to other public health efforts.

“We will today be terminating our relationship with the WHO,” Trump announced on Friday at a press conference in the White House Rose Garden. He said that the WHO was “pressured” by China to mislead the world about the novel coronavirus, hampering the US and global response and resulting in hundreds of thousands of deaths worldwide – including more than 100,000 Americans.

As one example, Trump listed the WHO advice against banning travel earlier this year, and criticism of his decision to halt incoming flights from China. Almost every country eventually stopped air travel, in addition to Chinese-style lockdown tactics intended to slow the spread of the respiratory disease.

“The world is now suffering as the result of malfeasance of the Chinese government,” Trump added.

Trump had sent a letter to WHO Director General Tedros Adhanom Ghebreyesus two weeks ago, demanding that the agency “clean up its act” and giving it 30 days to do so. He accused the body of “inaccurate and misleading” statements about the coronavirus, and doing Beijing’s bidding.

“The only way forward for the World Health Organization is if it can actually demonstrate independence from China… we do not have time to waste,” he wrote.

Friday’s announcement comes 20 days after that letter, ahead of the self-imposed deadline.

“We have detailed the reforms that it must make and engage with them directly, but they have refused to act,” Trump said.

As part of the dispute with the WHO, Trump had suspended US funding to WHO back in April. WHO’s own numbers show that the US had given $893 million – between member dues and voluntary contributions – to its budget in 2018-19, compared to $86 million coming from China.

The WHO responded to Trump’s funding stop by pledging an “independent review” that will “no doubt” show “areas for improvement” and “lessons for all of us to learn,” but said the US decision was regrettable and creating “cracks between us” that can be exploited by the virus.

In addition to exiting the WHO, Trump announced a new set of measures aimed against China, from restricting the entry of Chinese students and scholars to reviewing the ability of Chinese companies to do business in the US.

Indonesian wildfires that cause widespread air pollution and vast carbon emissions are a “fixable problem”, according to the leader of