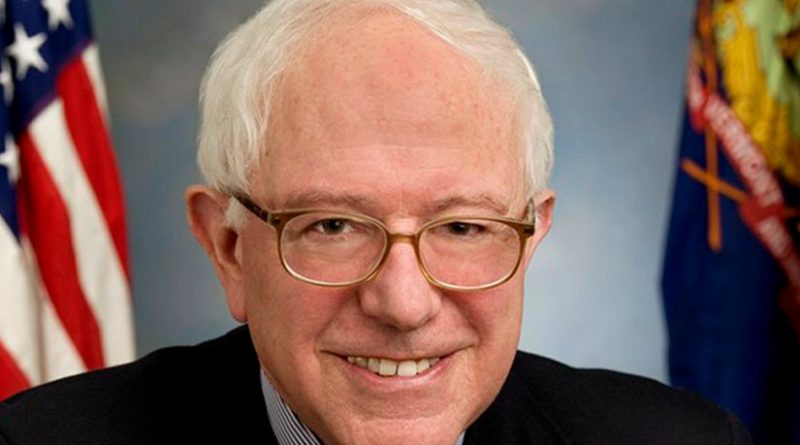 We thought that Senator Sanders was on track to introduce and advocate for a national improved Medicare for All bill, but Tuesday he stated publicly  at a Planned Parenthood rally that his priorities are to first defeat the Republican health plan, then to improve the Affordable Care Act with a public option or allowing people to buy-in to Medicare, and then we can work for single payer.

This was confirmed by his deputy communications director Josh Miller-Lewis who said “[Sanders has] said many times over the last six months that we need to move toward a Medicare-for-all system, but in the short-term we should improve the ACA with a public option and by lowering the Medicare eligibility age to 55.”

This is the line being used by the Democrats to take the single payer movement off track. It’s the same line that worked so effectively in 2009-10. I wrote about that with Kevin Zeese in 2013 in “Obamacare: The Biggest Insurance Scam in History.”

We have to be smarter than that this time. The Affordable Care Act (ACA) was a huge bail out for the health insurance and pharmaceutical industries at a time when almost 50 million people in the US were without health insurance. It set up markets to sell insurance that everyone was mandated to buy, unless they were covered by a public insurance, hired people to sell the insurance and subsidized the purchase of health insurance with $100 billion every year. Think about it – that $100 billion is going straight into the bank accounts of the private health insurance companies who are designed to spend as little as they can on actual health care.

Neither another public insurance nor an option to buy into Medicare will solve the healthcare crisis in the United States. They won’t cover the tens of millions who are still without health insurance. They won’t get rid of the co-pays and deductibles that make people with health insurance avoid or delay seeking care due to cost. They won’t bring down the prices of health services and pharmaceuticals. They won’t end bankruptcy due to medical illness.

Only a National Improved Medicare for All single payer healthcare system will achieve those goals.

We are already spending enough on health care in the US to provide comprehensive health care to everyone. We have a bill that lays out the framework for a National Improved Medicare for All healthcare system: HR 676. A majority of Democrats in the House have signed on to it as co-sponsors.

So, why are they trying to convince us to accept a public option or a Medicare buy-in? It’s because they are corrupted by money – campaign contributions that they receive from the corporations that profit from the current system. You may say, well Bernie doesn’t take corporate money, so why would he go along with this charade? It may be because he has greater allegiance to the Democratic Party than he has to the supporters of Medicare for All, his base. He may fear losing positions on committees or his new position of leadership within the party.

What do we do?

We have to be clear and uncompromising in our demand for National Improved Medicare for All NOW! We can’t put this fight off any longer because those in power will always try to knock us off course. The people and their families who are suffering under the current healthcare (non)system can’t wait any longer.

We have to put Bernie back on track!

Contact your Senators and urge them not to support a public option or Medicare for some. Tell them to support National Improved Medicare for All now. And ask them if they would like to be the single payer champion and introduce a senate companion bill to HR 676.

Perhaps Senator Elizabeth Warren is that champion. She admitted this week that the ACA was a conservative model and that the next step is single payer. She is urging Democrats to support Medicare for All.

Keep organizing and mobilizing for National Improved Medicare for All. The next series of events will be around Medicare’s birthday at the end of July. Click here to read the call to action.

Social movements have always been told that they are asking for too much. National Improved Medicare for All is not too much – it is what we need. And we will win this struggle!

This article was published at Health Over Profit

Home » Sanders Has His Priorities Backwards; We Can’t Delay Medicare For All – OpEd

Wireless power transfer has proven to be quite useful in electronic devices such as medical implants and smartphones. In most

English Bishops Say AstraZeneca’s Vaccine May Be Received Without Sin