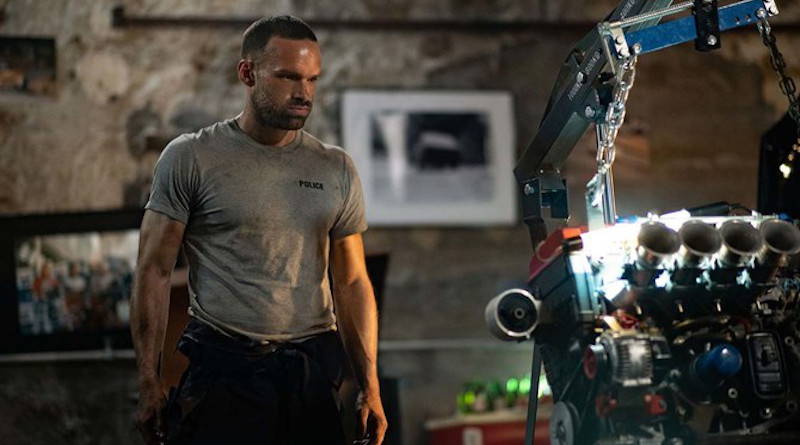 There is nothing like a film packed with nail-biting car chases and bullets whizzing past to beat lockdown boredom. French director Guillaume Pierret’s first feature, “Lost Bullet,” has these ingredients and more, including a very human story of two brothers. Now streaming on Netflix, “Lost Bullet” inched itself to No. 4 among the top 10 titles in the UK last weekend.

Written by Pierret himself, the plot’s protagonist is automobile mechanic Lino (Alban Lenoir), a genius with rammed cars. The first scene has Lino and his friend Quentin (Rod Paradot) crashing their vehicle into a jewelry store and running through one concrete wall after another.

Chased by the police and unable to run away because his seatbelt is stuck, Lino ends up in prison. Noticing his potential and talent, the head of a special drug unit, Charas (Ramzy Bedia), strikes a deal: Work for us as a mechanic and enjoy an early release.

Everything seems hunky-dory, but Charas is killed in what appears to be intra-police rivalry, and Lino becomes a convenient scapegoat. He escapes and knows he has to prove his innocence, and the clue to this is a bullet lodged in Charas’s car.

Good scripting and direction draw “Lost Bullet” away from a predictable plot, entrenching it firmly on a path of suspense and sheer thrill. This also helps us understand the motives behind the actions of each character, fleshing them out in the process.

Much like the popular French star of the 1970s, Jean-Paul Belmondo, who was a master at performing his own, often very dangerous stunts, Lenoir did the death-defying acts himself, without doubles or CGI. In fact, some of the scenes were re-written with Lenoir’s help to achieve this.

There are some great moments, especially when Lino takes on a dozen cops in a police station. The final car chase sums up the work that Lenoir and Pierret put in to turn “Lost Bullet” into one long exciting affair. But do not look for logic.