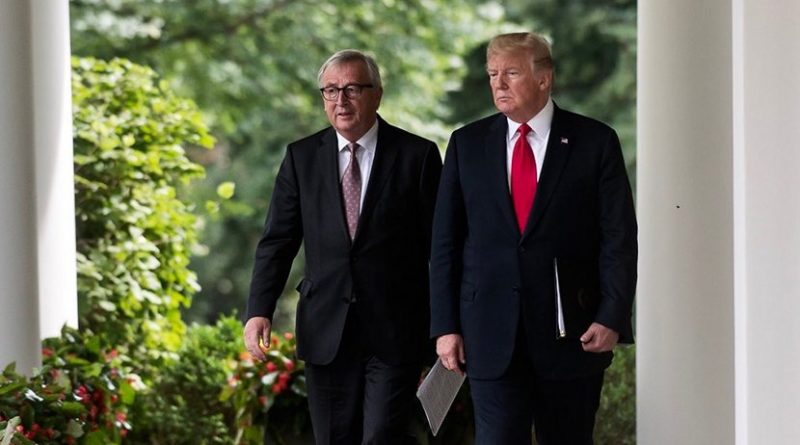 The foundations of today’s international relations were laid in the 17th century, following the European wars of religion, which lasted 80 years, killed eight million people, and were ended by a series of peace treaties known together as the Peace of Westphalia.

The three principles of the Peace of Westphalia are sovereignty, non-interference, and the international legal equality of states. The concept of international relations in the modern world was based on these three principles, and even though they did not always succeed in ending conflicts, they remained a reference.

One of the three principles’ advocates in the region is the Arab League’s secretary-general Ahmed Aboul Gheit. He believes that respecting these principles would end the ongoing conflicts that have mostly arisen from regional and foreign interventions.

By going back to a previous article I had written on the policy of US President Donald Trump’s administration, we can understand his policy to a certain extent through these concepts, as they are closer to the reasoning of the right wing of the Republican Party.

President Trump has more than once criticized what he calls “the influence of international organizations,” including the United Nations and its agencies. He also objects to international agreements, such as those made by the World Trade Organization (WTO), which he considers a form of interference in, or contradiction with, his country’s policies. For this reason, Trump has withdrawn from UNESCO and most of his country’s commitment to the Paris Agreement on climate change, cut the US contribution to some UN refugee agencies, and quit the UN Human Rights Council.

Most importantly, however, he is threatening to reconsider the US involvement in NATO. Washington currently pays for a huge chunk of NATO’s budget —  about $650 billion, more than twice the amount spent on defense by the other 27 NATO countries combined. Trump is seeking more say for Washington in NATO, and asking other NATO member states —including Germany — to spend more on defense, and make more combat contributions.

Following the same pattern, and in the same sense, the US president is about to destroy the North American Free Trade Agreement (NAFTA), refusing any US commitments to it.

Thus, we must understand the current US administration through its general conduct, as well as its statements and policy in the Arabian Gulf, in particular, and in the Middle East in general.

Trump is treating the GCC countries the same way he is treating America’s closest neighbors, Canada and Mexico, as well as its leading ally Germany. Furthermore, he would not accept that Turkey and Qatar buy the Russian S-400 missile system because he believes this would give Moscow increased political influence and finance its military technical capabilities.

Trump’s administration also disagrees with Obama’s administration — and the Democratic Party in general — on mixing politics with human rights, and considers it an interference in a matter that does not concern it, and thus contradicts the first principle of the Peace of Westphalia that governs international relations between nations.

As I mentioned in my previous article about Trump, his administration’s policy has five pillars, among which are strengthening his country’s economy, and facing its competitors. He believes Europe is living off the benefits of the Second World War and dares European countries to adopt full free trade.

On the other hand, he accuses China of exploiting his country’s flexible investment system to transfer knowledge, steal advanced technology, and threaten America’s standing.

Of course, many do not agree with Trump; however, his deeds, if not his direct speech, are an expression of his party’s stances — its right wing, in particular.

Those who disagree with Trump believe the US has a greater political and moral responsibility, as a superpower, to manage the world. They also believe the principles of the Peace of Westphalia, written 400 years ago, are no longer valid given the enormous changes brought about by technology and geopolitical shifts. The surge of migration as a result of civil wars, hunger, and economic mismanagement may, indeed, justify NATO’s military intervention or the World Bank’s economic intervention.

As a president, Trump does not necessarily reflect his personal views on the world around him, but mostly reflects the views of the party that brought him to the White House. Before he became president, Trump was known as an international investor based in New York, and as such, dealt with immigrants and foreign investors.

Trump as an administration, the government as institutions, and the party are all behind the dramatic changes in US foreign policy, which does not have the same appreciation for organizations and alliances created after the Second World War.

As for Iran, Trump treats that country as a threat to US interests. He believes Iran must remember its size when dealing with a superpower, and expects his European and Arab allies to share with the US responsibility on this issue.

*Abdulrahman Al-Rashed is a veteran columnist. He is the former general manager of Al Arabiya news channel, and former editor-in-chief of Asharq Al-Awsat. Twitter: @aalrash

Home » Why is Trump Attacking His Allies? – OpEd