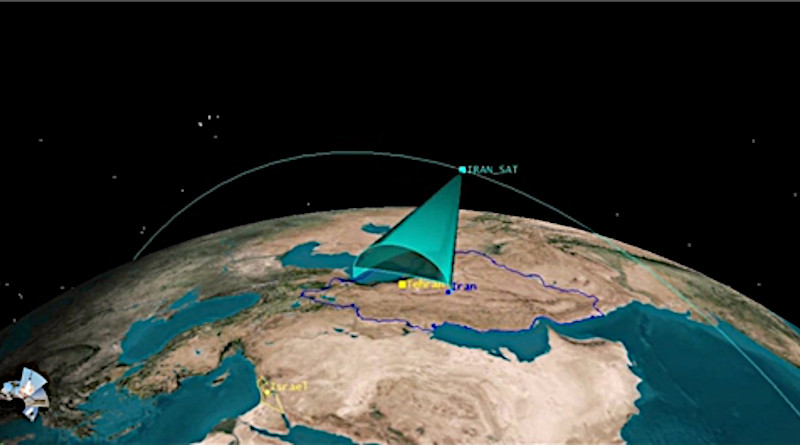 Iran claims its Noor satellite has captured images of Al Udeid Air Base US military base in southwest of Doha, Qatar. Image Credit: Fars News Agency

Islamic Revolution Guards Corps (IRGC) forces obtained images taken by the country’s ‘Noor’ or ‘Light’ satellite of a US military base in the region during a military exercise south of Iran, according to media reports.

According to IRGC-linked Tasnim News Agency, on the second day of Payambar-e Azam 14 (The Great Prophet) war game the IRGC analyzed the images captured and sent by the Noor satellite from the war game zone.

The Iranian satellite, which was launched into space in April, has also taken images of other areas in the region using aerial image mosaicking, including the Al Udeid Air Base US military base in southwest of Doha, Qatar, according to the state-run Fars News agency.

Iran has been touting the capabilities of the Noor satellite, however, US Space Force commander Gen. Jay Raymond has been quoted as saying that “Iran states it has imaging capabilities—actually, it’s a tumbling webcam in space.”