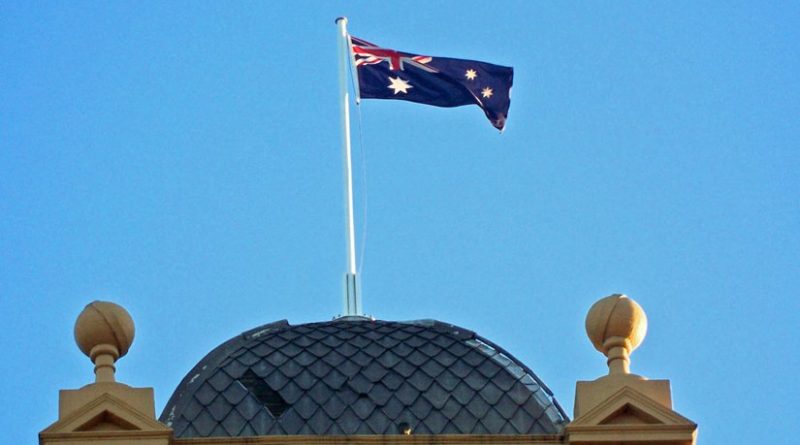 “Ultimately, nuclear weapons will not be Japan’s bargaining chip for survival in North Asia.” Thus spoke Naohiro Amaya, former Vice-Minister for International Affairs in Japan’s powerful Ministry of International Trade and Industry (since renamed Ministry of Economy, Trade and Industry). “Only staying ahead of the pack in a variety of key hi-tech fields will guarantee us a strategic advantage.”

This was the man who helped move Japan away from heavy industry in the 1970s and into electronics and knowledge-intensive areas. Before long, Japan would take the lead globally in robotics, a position it still holds today.

Amaya was an amiable man and I was interviewing him at his home in 1994, not long before his death from cancer, for a book I was writing for a Japanese publisher, Australia and Japan: Grappling With a Changing Asian World. He had once had a diplomatic posting in Sydney and thereafter remained a firm friend of Australia in Tokyo’s government system. We spent a day ranging over the future of the Japanese economy and the likely paths that China might follow, both economically and geopolitically. The Berlin Wall was already down and the Soviet Union had collapsed. The bipolar Cold War world was a thing of the past and the subsequent globalization of economic activity had quickly opened the way for China to become a major economic and geopolitical player. At the same time rapid technological developments were making the world a much smaller place with a breathtaking degree of interconnectivity.

But in 1994 there was still much that was uncertain. While Amaya saw the burgeoning Chinese economy as a positive force, he wondered whether it would remain benign and abide by the established rules of international trade. Today, he wouldn’t be at all surprised by the Pandemic world that has emerged in 2020 and the challenged position that China now holds within it. Indeed, at a time when supply chains out of China are in serious doubt, something he told me still resonates:

“As Australians, your greatest contribution to this part of the world,” he said, “will long be your Western status and your custom of freethinking and expression. Much of Asia, and particularly Japan, is too often hidebound and obsessed with face. This can stymie the process of generating important ideas. None of the innovation I was able to push through came easily. It was an uphill battle most of the way.

“But Australia is still a young and vibrant country, enriched by immigration from around the world. So remember,” he said, holding up a hand with fingers spread, “every time your engage in constructive dialogue with us, present us with five top initiatives, one or more of which you must ensure is ultimately adopted. If you’re really clever you’ll sell the product of your thinking to us in ways that allow us to virtually embrace it as our own.”

The number “five” was a play on words. The Japanese and the Chinese use the same two-character compound for “Australia”, which loosely means “state of abundance”. In Japanese, it’s pronounced Goshu (in Mandarin Chinese, Auzhou). The sound go also means five in Japanese, though written with a different ideograph.

Amaya was on the money then, and his suggestion is equally as relevant now.

Over the last half-century, Australia and Japan have a created a unique and impressive partnership in the Asian world. It features a high degree of complementarity in all sorts of fields, whether economic, scientific or technological. Political trust is high, international and strategic goals remarkably similar and intelligence exchanges are so extensive that Japan is in some ways already a member of the Five Eyes grouping (of the US, UK, Canada, Australia and New Zealand).

We should build on this platform. A good way to start would be to exit, at whatever cost, the ridiculous, enigmatic and unproven submarine deal we struck with the French ($A50 billion and rising) and contract the Japanese – as we were originally close to doing – to provide us with a fleet of their state-of-the-art electric submarines. It would be a huge gesture and one that is not undeserved. Plus the Japanese subs would be cheaper and more likely to be delivered on time.

On the day I interviewed Amaya he expressed a wish that, perhaps in the distant future, Japan, South Korea and China would be able to put their past behind them and join forces to harness their scientific prowess for the benefit of the global community. He named cancer research as a key area. At the time, Japan had the highest incidence of stomach cancer in the world, believed to be linked to the salt content in soy sauce, something that is an equally prominent part of the Korean and Chinese diet.

I developed this theme of joint triangular research centres in a spy novel in 2018, “An Elephant on Your Nose”, which was reviewed in these pages by Murray Hunter in August 2019. In that story, Japan reaches out carefully to South Korea and China. While a positive response comes from the Koreans, China’s interest in the concept is overtaken by their provision of secret intelligence indicating a terrorist cell might be operating in Tokyo with the aim of attacking that conurbation of 40 million in a way that would lead to its mass evacuation and the cancellation of the 2020 Olympic Games. Ironically, the Games have been postponed, and for a very different reason.

In my novel the Chinese are a little too smart for their own good but are caught out. The upshot is that the concept of cooperative research is shelved indefinitely.

Today, however, stimulated by the global quest for a COVID-19 vaccine, it is a concept that Japan and Australia should seriously consider. Perhaps one day the South Koreans might also join in.

Amaya had an impish grin and I can see him now waving his hand. “Put your thinking cap on down there in Australia, and don’t forget, five ideas each time.”

*Tasmanian-born Warren Reed was an intelligence officer with the Australian Secret Intelligence Service (ASIS). Trained by MI6 in London, he served in Asia and the Middle East. Later, he was Chief Operating Officer of the Committee for Economic Development of Australia (CEDA).

Home » The Australia-Japan Relationship: Time To Take It To A New Level – OpEd