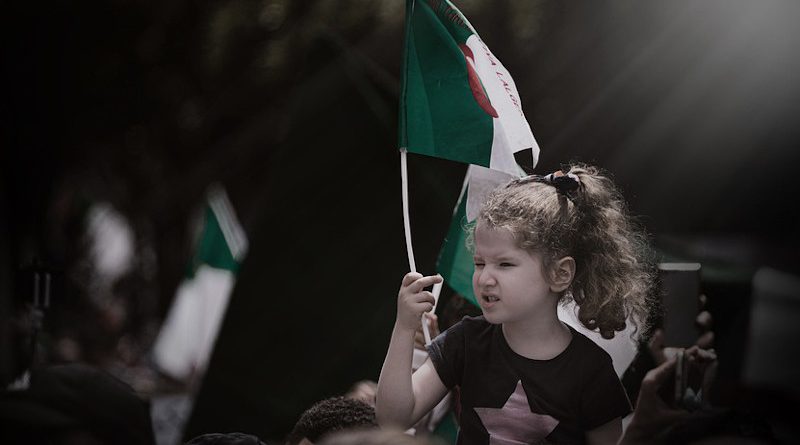 Let us hope the severing of the Algeria-Moroccan relations won’t last as much the cold war on Qatar that lasted three-and-a-half years when Riyadh, Abu Dhabi, Manama and Cairo, would you believe, imposed siege-embargo on Doha from mid-2017 till January 2021.

It’s really a travesty and a bad omen when Arab countries fight each other for no other justifiable reason rather than “bloody-mindedness” and as the world watches of squabbles that have little meanings but plenty of negative consequences on Arabism, nationalism, pan-regionalism and support for local actors and proxies as if nation-states no longer matter.

The now Algerian-Moroccan dispute, a mild terminology if ever there was one, promises to be a long one for the apparent burning and conflicting issues that have been simmering, not for years but decades and underlined the tense relations between the two countries that developed in fits and starts but always seemed to be managed somehow.

That’s until now when the lid seems to been blown off for two neighbors intertwined by geography, culture, history and society. Algeria is angry, accusing Morocco of stoking the fires in its northern part of the country that killed 91 people including 31 soldiers. Rabat, it says, openly backs the Berber minority in Algeria and demand autonomy for its Kabyle region through supporting its armed movement.  Algiers accuses Rabat of open intervention into its internal Affairs and that is not acceptable its politicians argue.

But this has been on-going as a tit-for-tat affair as long as anyone can remember. Morocco accuses Algeria of supporting the Polisario Liberation Front (PLF) that demands their state on Saharan lands which Rabat believes it to be its own territory and sovereignty. Algiers had long supported the PLF materially and financially and this has never been acceptable either.

So double agony! Algeria has been particularly livid as of late, especially when the now ex-US President Donald Trump recognized Moroccan sovereignty over the western Sahara in return for Rabat’s signing a normalization agreement with Israel. It was a transactional approach Trump employed with Sudan, UAE and Bahrain; it was essentially a business-for-policy affair.

For a minute it looked like Arab states were falling on top of each other, and indeed moving head-over-heels to normalize with Israel as stated by the Algerian president Abdelmadjid Tebboune. It had the sparks of embarrassment being ignored by the political changes of the times.

This proved very upsetting for Algeria, a double blow and a kneejerk especially with the recent agreement of the African Union to admit Israel into the pan-organization as a state with an observer status.

Algeria continues to regard normalization with Israel as a sacred redline that must not be crossed and the government was particularly angry when the Israeli Foreign Minister Yair Lapid visited Rabat in early August and made his unsavory comments on Algeria-Iran relations. When the Algerian Foreign Minister Ramatane Lamamra announced Algiers would be severing relations, he said the Lapid statement amounted to interference in the internal affairs of the country by an Israeli official who had no right to be in the Maghrib region.

It was like all hell was breaking loose! Morocco on the other hand, has been trying to play down the tensions with both government and king stating Algeria is over-reacting and that there is certainly nothing of the “hostile actions” it’s supposed to be involved in regarding its next day neighbor. The Moroccan Foreign Ministry said Algeria’s move is “completely unjustified.” But it added the cutting off relations was “expected given the logic of escalation” Algeria has been taking recently.

This was in reference to the fact Algiers recalled its Ambassador in Rabat in July over comments made by Moroccan UN envoy Omar Hilale the Berbers should be granted self-determination. Lamamra was very angry as well when news came to light that the Moroccan intelligence services was using the Israeli Pegasus spy software to allegedly snoop on Algerian officials. He said it was a “massive and systematic act of espionage”.

While Morocco denied this, the situation become bitter as further news suggested 6000 telephones of Algerian politicians, army personnel, activists, officials and diplomats were tapped. This may indeed be a major cause to sour relations even further, coming up shortly after Israel signed its normalization deal with Morocco in December 2020. Regardless of whether the country is directly involved or not, it does naturally point fingers with Algerian politicians looking at a grim future for north Africa.

So what now? It is feared that this “fracas” between the two countries will continue as it had for decades. Countries in the Middle East like Saudi Arabia and the UAE, including those in Europe as France and even America, are already pleading with the two capitals to end their recriminations and adopt a “good neighborly” policy but this might a little quaint and doubtful.

However, the swing factor this time around could be Israel itself and its revamping of relations with Morocco. While Algeria has so far seen this as a dangerous step that may have far-reaching consequences for the whole of the north Africa region, nevertheless, Algiers should use this to her advantage. It must not use her freezing of relations with Rabat as a lasting development but be prepared to waiver.

That is, it could seek political and diplomatic maneuvers to keep Morocco’s normalization of relations with Israel in check through a mixture of actions not only related to carrot-and-stick tactics but also basic diplomacy.

And Algeria may have already started to do that through keeping a “a window of opportunity” – as a cut in diplomatic relations doesn’t include consular relations for these will remain open to facilitate the movement of people’s between the two countries. Thus, what to make of this gesture is hard to speculate because the land border between the two countries had been closed since 1994. This is a move taken by Algeria after Morocco imposed visa restrictions on its nationals.

Its early days yet since the decision taken by on a week ago and reverberations are still to unfold but many are not expecting much because relations are already tense.