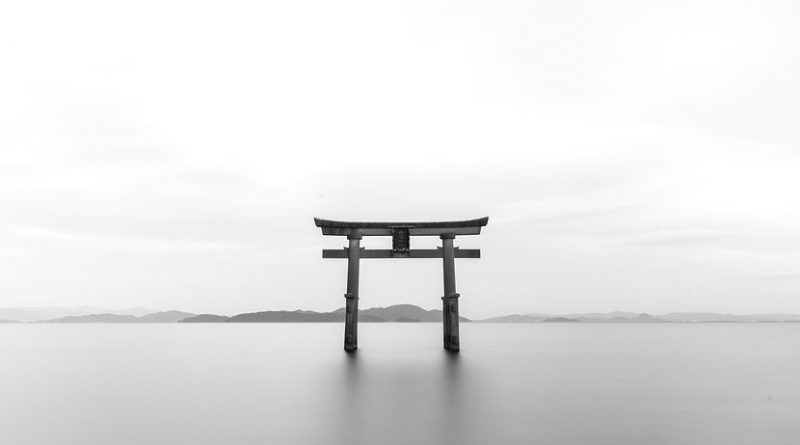 The COVID-19 pandemic has situated the policy conversation on economic security at the centre stage of national security calculus not just in Washington and European capitals but also in Tokyo. Hard policy choices are at play as high-tech supply chains are redefining the global balance of power, order and values. Key agenda on the high table encompasses mapping vulnerabilities and controlling chokepoints in supply chains, especially semiconductors, advanced batteries for electric vehicles (EV), rare earth and strategic minerals, and pharmaceuticals that are increasingly proving to be game-changers in the Sino-US rivalry. The Basic Policy on Economic and Fiscal Management and Reform 2020 underscored the urgency to craft both a “just-in-time” and “just-in-case”1 design for bolstering economic security and effective risk management.

As Tokyo takes a deep dive into framing its economic security strategy, pressing questions occupy the mind space of policy elites: how to balance the goal of attaining “strategic autonomy” in critical supply chains at the national level, and at the same time pursue “strategic indispensability”2 at the global level by positioning Japan in control of chokepoints in the international supply network? How to ensure that regulating foreign investment in “core” industries through revision of the Foreign Exchange and Foreign Trade Act is not perceived as unwarranted government intervention eroding predictability3 and further dampen Japan’s already abysmal share4 of inward FDI to GDP? How to compete effectively and create space for Japanese firms globally in patenting 6G solutions instead of playing the catch-up game as witnessed in the case of 5G technology? How to secure Japan’s critical national security infrastructure and institutions from cyber espionage?

Sino-US contest over competing values and ideology is at play. In carving a Sino-centric order, President Xi Jinping relies on not just hard military power but also smart geo-economic tools. Beyond mega-strategic designs like the Belt and Road Initiative, Beijing is employing targeted programmes including the Thousand Talents Plan, Made in China 2025, and China Standards 2035 in its quest to become a global technology and innovation leader. Thus Washington and its allies are stepping up their game by mainstreaming economic security in policy planning—be it seeking to bolster American power with the US Innovation and Competition Act, or investing in forming an alliance of techno-democracies, or leading the advanced economies in the Build Back Better World (B3W) initiative.

Japan, as a potent US ally and the third largest economy, is an important anchor in shaping the rules and standards of the post COVID-19 order. While economic diplomacy has long been an important pillar of Japan’s grand strategy, the policies on economic security are still in the making. Tokyo has aligned its policies with the US and other strategic partners, and positioned itself in an instrumental role in designing several key initiatives, including collectively committing US$ 4.5 billion in quest for Beyond 5G solutions under the US-Japan Competitiveness and Resilience (CoRe) Partnership; the Quad group on emerging technologies to coordinate on development of technology standards; leading data governance under Osaka Track; anchoring the Japan–Australia–India Resilient Supply Chain Initiative (RSCI); advancing infrastructure development through the US–Japan–Australia Blue Dot Network and so on. In fact, Tokyo has demonstrated credible global leadership in steering trade liberalisation and played a crucial role in agenda and standard setting in mega Free Trade Agreements (FTAs).

Framing a robust semiconductor strategy has taken centre stage in Japan’s New Growth Strategy 2021. The Strategy for Semiconductors and the Digital Industry, released by Japan’s Ministry of Economy, Trade and Industry (METI),  categorically argues that cutting-edge logic semiconductors, considered the “brain of industry”, is Japan’s weak link,7 and thus Tokyo is aiming to strengthen domestic manufacturing by way of joint ventures with overseas foundries. Japan is looking at working with the US, Taiwan and the Netherlands which possess the materials and manufacturing capability to produce next-generation semiconductors. The ruling Liberal Democratic Party has formed a Diet group on semiconductor strategy8 led by Amari Akira and supported by Abe Shinzo and Aso Taro. To attain strategic indispensability in the supply chain, Japan should control choke point technologies in global semiconductor ecosystem and concentrate on areas where it is globally competitive, like advanced materials and production equipment.9 Allocating more resources to develop chip manufacturing technology is vitally important.

Following the pandemic, geo-political complexities have further sharpened the discourse on economic security. The key question is how to safeguard Japanese interests from Chinese “predatory” economics on the one hand and the impact of ensuing Sino-US strategic rivalry on the other? Even before the pandemic induced global recession, the trade war between world’s two leading economies adversely affected Japan given its deeply enmeshed trade and investment roots both in the US and China. Balancing Tokyo’s national interests in the US–China–Japan triangle constitutes a gargantuan challenge. As a stabilizer of the US-led system, Tokyo and Beijing have competing visions of regional order. The US–Japan treaty alliance remains a potent force in defending the rules-based international order, and serves as a global public good in anchoring strategic stability in the Indo-Pacific. Nevertheless, engaging in a zero-sum game with China, the second largest economy which remains a compelling force in post COVID-19 economic recovery with huge market, and Japan’s largest trading partner, is not an easy choice. Amid this delicate balance, as Tokyo taps into the economic opportunities that China presents, managing risks and buttressing national security is vitally important while doing business with China. While Keidanren (Japan Business Federation) has begun debating economic security within its Foreign Affairs Committee, going ahead, the conversation between the government and the private sector needs to deepen to achieve better synergy. It would entail balancing the national security and economic cost without diluting Japan’s global standing as a pivotal player in promoting rules.

*About the author: Titli Basu is Associate Fellow at the Manohar Parrikar Institute for Defence Studies and Analyses.