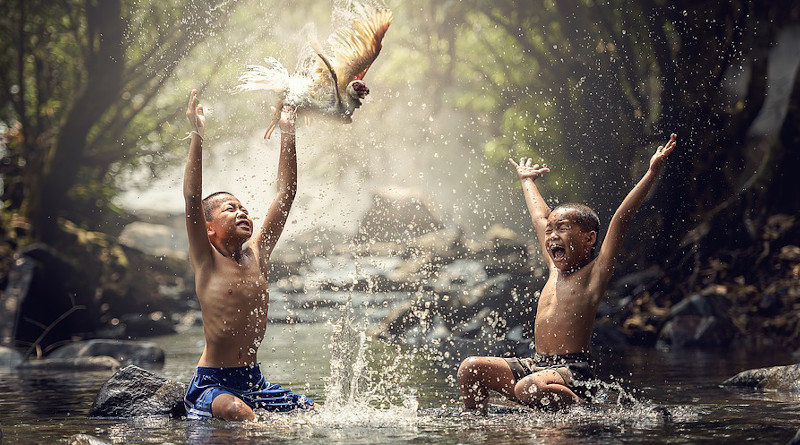 A nation, if not monocultural, draws its strength in diversity. Simple human logic taught in Peace Studies. The case of Malaysia is interesting. She can move forward as a nation, getting out of the cage of cultural incompetency that has destroyed her sanity. As it is now, she is trapped in a box build by Harry Houdini. That box is constructed out of the ideology of race and religious extremism repeated like a lie disguised as a fact of history.

Malaysia does not belong to one race. Let us repeat this: Malaysia does not belong to one race. It is a multicultural polity to the max. And history is an enterprise of the production of subjectivities, of which the historian’s job if he or she is to be kept alive and perhaps flourish, must write history based on how much is paid. Tun Sri Lanang was kept alive as such during Melaka times. He wrote fantasy fiction of the origin of the Malay kingdoms. He weaved magical realism into his “Malay Annals” of which later, generations think that those Disney- elements of his story are now facts. One has to understand what is in the mind of the author, as he or she creates.

Modern Malaysian historians such a Khoo Khay Kim, to name one who wrote textbooks for the Malaysian government, and also Lanang, flourished in this enterprise called “historicizing,” selected primary documents to his liking and to be fair, to the best of his intellectual judgment, and to the approval-stamping of the governments and ideology of the day, of the flawed idea of the “existence of factual history,” — these make the historian a human being who collects data to fit his or her argument. Science too works that way – through the five-step scientific process.

Lanang and the modern Malaysian historians have one commonality: they write for who they are paid by. There are no historical facts, There are accounts, in history. There are perspectives to be juggled.

There are multiple ways of seeing, knowing, feeling, and next, of course, historicizing. Tun Sri Lanang and historians like Khoo Khay Kim did their job. Of what they were paid for and by those who paid the. They wrote historical accounts to the pleasure of the paid masters. This is fine. Understandably, the human mind conceives things sometimes not how things are but how others more powerful force them to see.

We must rewrite history. A modern Malaysian history that celebrates not the idea that Tanah Melayu and now Malaysia belongs to the Malays only, but to all Malaysians. A “Marhaen-Neo-Malaya” history of which the future generations will not have to argue endlessly who owns this country, and who was her first, and why it was Bristh greed through the kangani and kangchu system that brought “pendatangs”/ forced migrants/indentured serfs here, and that Malaysia is a Malay-Muslim-Ummah land only, and other kinds of arguments on nationhood that create more tension as we celebrate “Merdeka” or “Independence Day” yet we are all trapped in this Harry Houdini cage we build. With the expertise of historians well-paid.

A new modern Malaysia, in this age of the “new normal”, must gather a new set of historians to rewrite the fruits of the labor of paid historians old and new, and write the most inclusive history the nation will appreciate for generations ahead. With the foundational psycho-social-cultural-global -cybernetic idea that Malaysia belongs to all. And together we will build a new idea of history in which the struggles of all those who build Malaysia will be truly honored and that there is no sense of arguing anymore on exclusivity. Today, we are seeing the destruction brought about by decades of flawed historicizing. We all — our forefathers of all races and walks life and nature of labor they engage in — build this country and our job is to make sure we tell our new story this way. We owe this to our children and great-grandchildren.

Perhaps we can think like how Americans view history and nationhood as they craft the republic, after the 1776 Revolution.

Would you Malaysians and historians of nationhood agree to this modest proposal of rewriting our history?