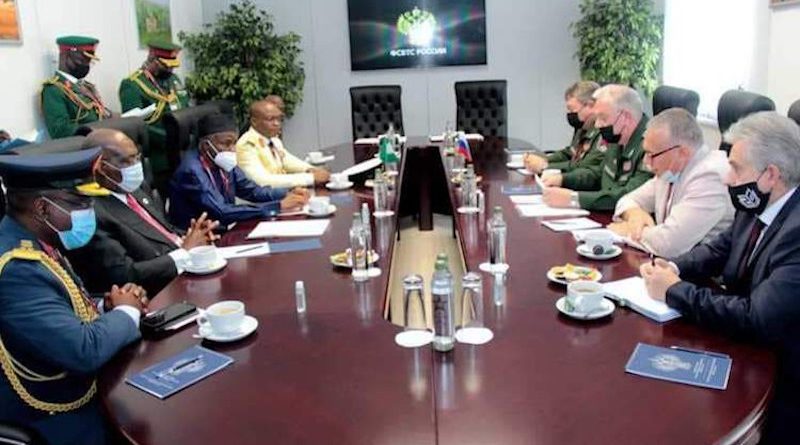 Fighter jets, ammunition and other military hardware are among the top featured items in a new “landmark development in bilateral relations” between Moscow and Abuja.

The munitions are described as part of a “legal framework” to enable Russia to supply equipment and training to the West African nation facing threats from an Islamist militant movement and other security challenges.

The Nigerian Embassy in Moscow said the agreement would ensure much needed “military equipment, provision of after sales services, training of personnel in respective educational establishments and technology transfer, among others.”

It furthers “our bilateral cooperation with the Russian Federation in this area,” Abdullahi Shehu, Nigeria’s envoy to Russia, told VOA’s Hausa Service from Moscow.

Nigeria already uses some Russian fighter jets and helicopters, alongside military equipment purchased from Western powers, such as the United States, according to media reports.

At a Russia-Africa summit in 2019, President Muhammadu Buhari expressed interest in such a pact in talks with his counterpart in Moscow, Vladimir Putin.

The Nigerian ambassador to Russia at the time said Buhari felt Russia could help defeat the Boko Haram Islamic insurgency in the northeast of the country, which remains a major problem.

The Nigerian envoy said the new five-year pact did not preclude more collaboration with “other strategic partners,”—in particular the U.S. which put a hold on almost $1 billion worth of similar equipment over reported human rights abuses by the government.

“The proposed sale of 12 attack helicopters and related equipment was being delayed in the Senate Foreign Relations Committee and the House Foreign Affairs Committee,” it was reported.

Russian companies are also involved in diamond and gold mining projects in the country. According to Gugu Dube, a researcher at the Transnational Threats and International Crime program in the Institute for Security Studies (ISS) in Pretoria, Russia has been scaling up activities in the mining of resources such as coltan, cobalt, gold, and diamonds in several other countries across Africa.

In Zimbabwe, Russian companies are also involved in a joint venture of the Darwendale project—mining and smelting one of the world’s largest deposits of platinum group metal—for which production is planned in 2021.