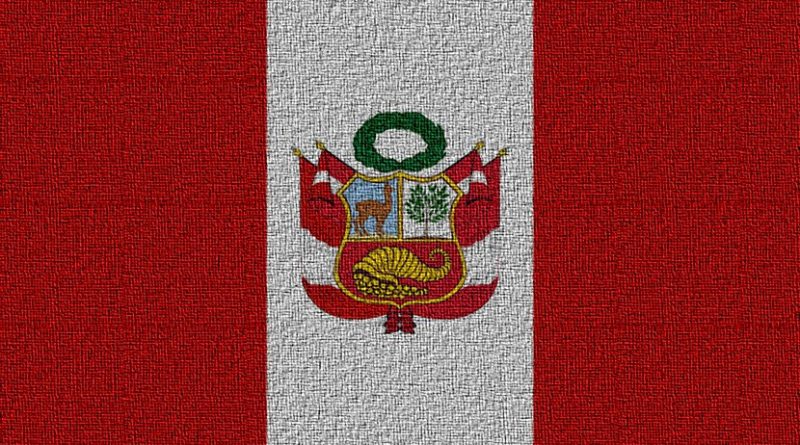 The order of Augustinian missionaries arrived in Iquitos in 1901. Miguel Fuertes is one of them. The Spaniard has worked in the jungle of Loreto since 1983. For the first 14 years, he worked in the villages along the Marañón River (a tributary of the Amazon River), and he spent the remainder of his time in Iquitos, where he now serves as pastoral vicar.

“It is impossible to explain this city without seeing it. Iquitos is like an island, separated from the rest of the world. You can only get here by air. Or by river, which takes a long time. There are no roads that reach here. That is why Iquitos is such an expensive city compared with the rest of Peru. That is why there is no industry, and why it is difficult to ship products out of the area. This all leads to one important consequence: there isn’t work for everyone. Because of that, there is a strong informal market: the same product is sold and resold three or four times before it reaches the end-user.”

The weather and the river influence the people, who are open, warm, welcoming. But this positive attitude does not save them from problems.

Rita Ruck, a young lawyer with the Human Rights Commission of the Vicariate, said her office primarily deals with family problems (alimony that isn’t paid, children that are abandoned or without their papers, physical and psychological violence against women) and sexual abuse (often involving children).

“The lack of work, or even dignified work, means there is a series of consequences,” Fuertes explains. “One of those is family conflict — in which women pay the highest price. Domestic violence transmits into society, where one has to resort to unethical means like theft and delinquency just to survive.”

The streets of downtown Iquitos are filled with electronics stores, pawn shops, banks, casinos and slot machine parlors. Considering that the city has no industry, tourism is not enough to explain the existence of all these businesses.

“The majority seem to be places for laundering money from drug trafficking, primarily cocaine. Iquitos has always been a transit point rather than a producer. Local consumption is limited to coca’s byproducts.” But in Iquitos there is an even more heinous business: human trafficking.

Local newspaper La Región tells the story of a young woman who went to the coast to study and work for a family; instead, she ended up in a brothel.

“Yes,” the missionary confirms, “human trafficking is another serious problem. We know that worldwide it is the business that moves the most money, after drugs and weapons. It consists of finding young people, most often girls and adolescents, like around 14 years old, to take them to the coast and other cities in Peru to prostitute them. They lure them in with deceit (‘you’ll go work with a family and study’), sometimes with the consent of the parents.”

Like many other cities in the world, the lucrative market for sex in Iquitos is not limited to human trafficking. Walking through the city, next to the entrance of a shelter, there is a sign against child sexual abuse on a wall. The illustrations show two children crying, a hooded monster, and an adult with a mean-looking face.

In front of the mural, there is a very young child looking at it. A symbolic scene. Iquitos is the hub of child sex tourism, especially for foreigners.

“In the main square, on the promenade and at the airport,” says Fuertes, “girls offer themselves. But sometimes the mothers are involved.”

“When poverty is at unacceptable levels, it’s hard to talk about ethics. Without a doubt, this is also a problem within the family: if both parents are absent (as often happens), it may be the older siblings that push the girls toward prostitution. It’s said that in tropical areas, sexual behavior is different; but I think poverty is the main cause,” he explained.

The environment: some win, the majority loses

There is a beautiful panoramic view from the top of Our Lady of Fatima’s bell tower. It’s a 360 degree view: the river and the forest surround the city on every side. You can still see nature, strong and imposing; environmental problems seem far away. Unfortunately, that is not the case, according to Fuentes.

“There is a serious environmental problem, but little knowledge of it among the people. For example, it’s hard to live in a forest and argue that wood is running out. Or that the fish stock is diminishing. Before, when I said we were running out of paiche [called pirarucú in Brazil, it is one of the largest freshwater fish in the world], people practically laughed in my face and thought that I was just some gringo who didn’t know anything about the river. Now unfortunately the problem is obvious: there are much fewer fish in Iquitos and replacing it is a lot of chicken. Chicken that is factory-farmed and brought in from the coast, when before it was more meat from here and, more than anything, a lot of fish,” he said.

“Despite all of this evidence, environmental associations are few and small: groups that belong to the Church or non-governmental organizations. In the city almost no one bothers to throw a piece of paper in the trash can and few care about what is happening in the river,” he adds. “Let’s look at the timber industry: there, the work is more illegal than legal. There is no regulation about who has concessions, so now there are valuable trees that are in danger of extinction.”

Still, the worst environmental damage is done by mining companies, which have concessions in 75 percent of the Peruvian Amazon. This region is a puzzle of oil blocks belonging to dozens of foreign firms: Pluspetrol, Petrobras, Repsol, Perenco, Talisman, ConocoPhillips, and Gran Tierra, among others.

In an industry that moves mountains of money, corruption is the order of the day. Bribes are given to get concessions or avoid controls. Local and national politicians receive real benefits, while regular people receive less than crumbs, and the environment is increasingly contaminated.

“[Former president] Alan García accused indigenous groups and the Church, which supports them, of being against development in the jungle. And he sold [their land] without concern for them, but here in Iquitos, no economic returns have been seen, except for a little more concrete and asphalt, in addition to the money laundering establishments, he said. “Apart from gains for some local businesspeople and a few workers — less and less every time because of the use of machines — the people have received nothing from these companies.”

“Alan García and his people divided Peru into oil blocks and they sold it to the highest bidder. The city of Iquitos even sits on an oil block. So one day, oil exploration might even happen in the main square!”

It sounds like a joke, but it isn’t: Canadian firm Gran Tierra Energy has the concession for the block marked Number 122, which includes Iquitos.

A few minutes from the center of Iquitos by mototaxi is the neighborhood of Belén, along the Itaya River, a tributary of the Amazon River, where the houses are floating or on stilts. The neighborhood attracts tourists looking for something exotic, but it’s an impoverished place. There are a lot of indigenous people in Belén, those who live there or that arrive in the morning with the boats to sell products from the forest.

“You often hear: ‘our indigenous brothers’. But that’s just patronizing. The reality is when they are in the city or when there are work opportunities, indigenous people are marginalized with a million excuses: they don’t speak Spanish well, their skin isn’t white enough, they have different habits. There is a lot of racism in Peru,” Fuentes said.

“All of this has led to a lack of understanding of their rights, the removal from their lands, the destruction of the ecosystem they live in and that they have a special relationship with, something that is incomprehensible to Western rationalism,” he concluded.

One thought on “Peru: “The City Of Iquitos Sits On An Oil Block””