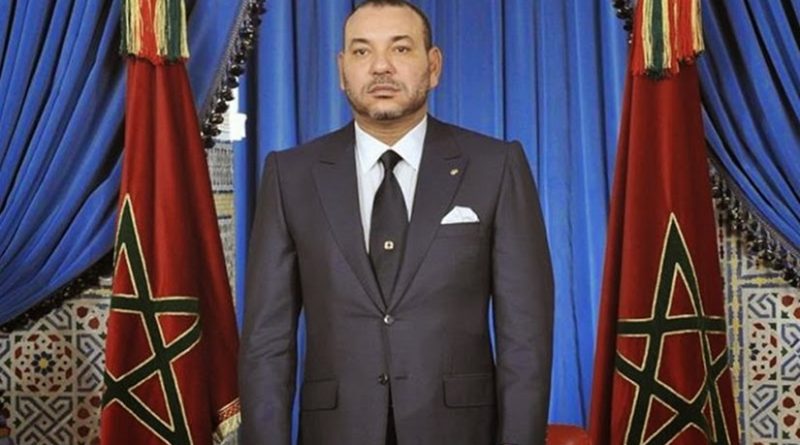 King Mohammed VI sent a speech to the “Leaders’ Summit to Counter ISIL and Violent Extremism”, which was read out on Tuesday in New York by foreign minister Salaheddine Mezouar.

Here follows the full text of the speech

First of all, Mr. President, I should like to commend your initiative in convening this summit, which comes on the heels of the strong dynamic triggered by the Summit meeting held in the White House, in February, to fight extremism and terrorism.

This Summit reflects the international community’s increased awareness of the seriousness of the situation and the need for concerted efforts to tackle growing terrorist threats.

I wish to assure you that Morocco, which was actively involved in the preparations for the Washington Summit, will continue to support the goals and recommendations adopted by that conference, engage in international efforts to consolidate security and stability around the world and defend universal human values.

Despite the many initiatives and responses the international community has come up with, including military and security operations, a number of countries are still exposed to the painful blows dealt by the evil scourge of terrorism, which cannot be ascribed to any specific faith or country.

Terrorist and extremist groups continue to engage in the despicable killing of innocent people, in addition to damaging economic infrastructure and destroying cultural artefacts and symbols of human civilization built over the centuries.

They also seek to undermine the territorial integrity of states, the security of peoples and the peace of mind of human beings; they seek to disrupt and destroy the social and cultural ties between humans as well as the human values that bind them together.

The alarming spread of this global scourge is a challenge to each and every one of us. It requires us to show greater coordination and cooperation and to ensure rational use of the means available for more forceful, effective action.

To be sure, action in security, military and legal sectors plays a key role in the fight against extremism and terrorism. By itself, however, it remains insufficient.

It is therefore necessary to develop an integrated strategy that also promotes the social and development aspects. Just as important is the educational and religious dimension when fostering cultural values that advocate tolerance and moderation.

The approaches used to combat extremism and terrorism should be based on partnerships rooted in sincere cooperation and the fulfilment of one’s obligations.

This collective responsibility should, under no circumstances, be held hostage to narrow calculations or outbidding tactics; nor should it lead to arrogance or disdain.

Viewed from this perspective, the fight against this scourge requires solid collective will, concerted action and cooperation at bilateral and regional levels to conduct field operations. Coherence and complementarity between national strategies are also needed.

The battle we are all waging against extremism and terrorism should be a determined and thorough endeavor so that the citizens may show greater support for – and have more confidence in – their countries’ political, economic and social systems, and become immunized against the illusions fed to them by extremist ideologies.

Moreover, religious, spiritual, cultural and human values should be rehabilitated as they expose the false allegations and refute the deceitful justifications put forth by extremists to explain their brutal acts.

However, the biggest challenge in the fight against extremism and terrorism is for all of us to believe that this global scourge should not be attributed to any specific faith, culture or civilization.

International efforts should be based on equality and on mutual respect for peoples’ identity, cultural specificities, religious beliefs and spiritual values.

In our fight against extremism, we should also provide young people and women with an open-minded education based on their authentic principles and frame of reference as well as on universal values in order to shield them against fanaticism and reclusiveness.

Furthermore, we must make sure that the Sustainable Development Goals we drew up and approved together are implemented because they will help ensure a better quality of life for citizens, while paving the way for a more stable world.

Morocco has adopted a comprehensive strategy which combines preventive measures – to fight the causes of extremism – with the requisites for security and stability.

Thanks to coordination and cooperation between the various security agencies in the country and the overhaul of laws, Morocco has managed to come up with adequate responses to fast-changing terrorist threats.

We realize that the fight against extremism and terrorism must be part of an approach based on prevention and citizen participation in the efforts and measures initiated by government agencies.

Morocco is keen to strengthen its partnership relations with a number of countries in security matters to tackle all types of terrorist threats.

Consistent with its commitment to solidarity-based cooperation, Morocco is ready to share its expertise with sister nations as well as the programs it has developed to disseminate the values of tolerant Islam and of openness to other religions, cultures and civilizations.

The Global Counterterrorism Forum has become a platform for discussion and for the exchange of expertise and successful experiences. It is also pursuing its proactive action to support the measures taken by states.

Morocco, which co-chairs the Forum’s Working Group with the Netherlands, is doing its utmost to disseminate the Hague – Marrakech Memorandum on Good Practices and to make sure states benefit from them.

The main objective is to come up with an effective response to the Foreign Terrorist Fighters phenomenon and carry out an in-depth analysis of constantly changing terrorist trends.

The Forum is also continuing to examine and discuss the various issues related to prevention and counterterrorism, particularly through the development of practical tools to share expertise and empower states in this field.

Morocco, which will have the honor of co-chairing this Forum in 2016, will spare no effort to make further contributions and be actively involved in international efforts aimed at combating extremism and terrorism for the advent of a more secure and stable world, in which solidarity and human values prevail.