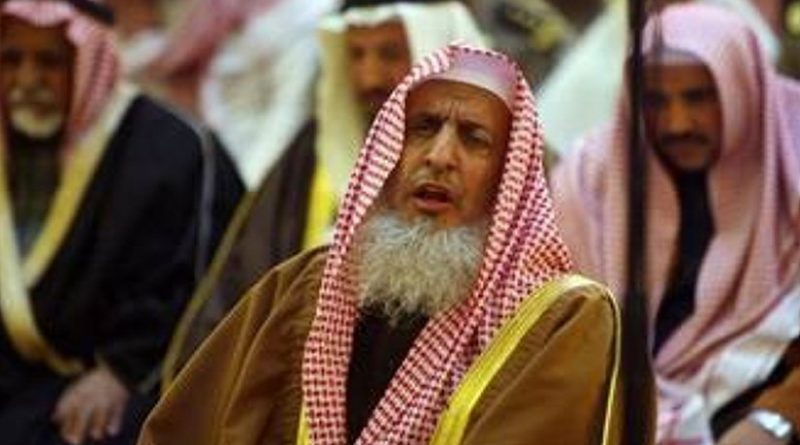 Saudi Arabia’s lifting of a ban on women’s driving raises a host of questions that transcend the issue of women’s rights and go to the core of the standing of the kingdom’s religious scholars and its impact on conservative opposition to Crown Prince Mohammed bin Salman’s economic and social reforms.

There is little doubt that the scholars’ endorsement of the lifting of the ban amounted to the latest of a series of incidents in which Prince Mohammed imposed his will on scholars who long successfully opposed liberalization of religious and social codes based on the teachings of the 18th century ultra-conservative preacher Mohammed ibn Abdul al-Wahhab as well as Bedouin culture.

Adding insult to injury, Saudi Arabia’s Shura or Advisory Council voted days after the lifting of the ban to allow women to issue fatwas or religious opinions, long a preserve of male Islamic scholars, for the first time.

Islamic scholars, many of whom enjoy celebrity status on social media, derived their ability to enforce ultra-conservative norms, including the ban on women’s driving, from a power sharing agreement concluded between the ruling Al Saud family and Ibn Abdul Wahhab’s followers that dates back to the founding of modern day Saudi Arabia.

It’s unlikely that the scholars who consistently maintained that women lacked the intelligence to drive and that driving would damage their ovaries, deprive them of their virginity and integrity, and promote immoral behaviour had a sudden, recent epiphany that convinced them that their decades-old beliefs were wrong even if those were falsely packaged as rooted in religion.

Prince Mohammed reportedly quipped a year before the lifting of the ban that “if women were allowed to ride camels (in the time of the Prophet Mohammed), perhaps we should let them drive cars, the modern-day camels.”

Commenting on the lifting of the ban, scholar Haifaa Jawad argued that “the biggest losers are undoubtedly Saudi religious scholars – legitimacy will now be questioned by millions of Muslims in the kingdom and beyond.”

That long-standing ultra-conservative values are alive and kicking among prominent scholars was evident when they felt confident enough earlier this year to voice opposition to Prince Mohammed’s loosening of social codes with the introduction of various forms of entertainment in a country in which cinemas and public concerts were banned.

Now a supporter of women’s driving, Saudi Arabia’s grand mufti, Sheikh Abdul Aziz al-Sheikh, warned in January that concerts and cinemas were harmful and cause immorality. Sheikh Abdullah al-Mutlaq, another member of the Council of Senior Scholars that endorsed lifting of the driving ban, called for a referendum, asserting that a majority of Saudis opposed concerts.

Other scholars targeted performers as well as, in lieu attacking the ruling family head-on, the entertainment authority established by Prince Mohammed to create an industry.

This time round Prince Mohammed made sure the ultra-conservatives would hold their fire by arresting in recent weeks scores of scholars, judges and intellectuals, whose views run the gamut from ultra-conservative to liberal. Among those arrested were scholars Salman al-Odah, Aaidh al-Qarni and Ali al-Omari, poet Ziyad bin Naheet and economist Essam al-Zamil, some of whom have more than 17 million followers on Twitter.

The detentions were also designed to silence alleged support in the kingdom for an end to the almost four-month old Gulf crisis that has pitted Saudi Arabia and its allies against Qatar and mounting criticism of the conduct of the kingdom’s ill-fated, 2.5-year old war in Yemen.

Saudi Arabia this week lost its battle to prevent an independent United Nations investigation into abuses of human rights in Yemen by both the kingdom and Houthi rebels.

“It is hard to envisage MBS succeeding in his ambitious plans by royal decree. He needs to garner more consent. To obtain it, he must learn to tolerate debate and disagreement,” quipped The Economist, referring to Prince Mohammed by his initials.

The arrests potentially could backfire. Those behind bars are likely to see their credibility rise while those that bent over backwards to accommodate the regime may find it increasingly difficult to justify their about-face to the more conservative segments of Saudi society.

To ensure continued buy-in into his reforms by Saudi youth, who account for more than half of the population, and counter opposition, Prince Mohammed has to both manage expectations, something he has yet to do, and start delivering on promises. The lifting of the driving ban and scores of entertainment events deliver on social aspects, but equally important will be yet-to be achieved delivery on jobs, opportunities and career paths for Saudi youth.

That is proving easier said than done as Saudis feel the cost of the prince’s unilateral rewriting of the kingdom’s social contract that promised a cradle-to-grave welfare state in exchange for surrender of political rights and acceptance of ultra-conservative moral and social codes.

Prince Mohammed was forced to re institute perks that were cancelled as part of an austerity program that saw prices, particularly of utilities, skyrocket.

The crown prince’s hopes for a $2 trillion evaluation of national oil company Aramco with the sale of a five percent stake in an initial public offering (IPO) expected next year has been called into question by potential investors who note that scrutiny could call the oil giant’s estimates of the kingdom’s oil reserves and security record into question.

Compounding the prince’s problems is the question whether and at what point the ultra-conservative religious establishment may feel that the cost of remaining silent or supporting reforms may be higher than the cost of standing against him. That decision could be influenced by the scholars’ ability to forge alliances with members of the ruling family reportedly opposed to Prince Mohammed.

Similarly, much will depend on the degree to which Prince Mohammed delivers on the expectations he has raised among an important segment of Saudi youth that aspires to jobs with career paths and a degree of social liberalization.

Despite an increasing number of entertainment opportunities and the lifting of the driving ban, Prince Mohammed has yet to manage the gap between unrealistic expectations and the timeframe within which he might be able to deliver on key economic aspects of his Vision 2030 reform program.

“The issue is how Saudis perceive change,” said Saudi scholar Abdul Al Lily in an interview last year.  He likened Vision 2030 to the wind in a Saudi proverb that says: “If there is a door that might bring wind, close the door.”

Saudi attitudes towards change are in Mr. Al Lily’s view stand-offish. “People don’t believe in change… The government doesn’t have a plan to sell Vision 2030. In addition, it has at least partially been drafted by foreigners. All of this is important. Implementing it will not be easy,” Mr. Al Lily said.