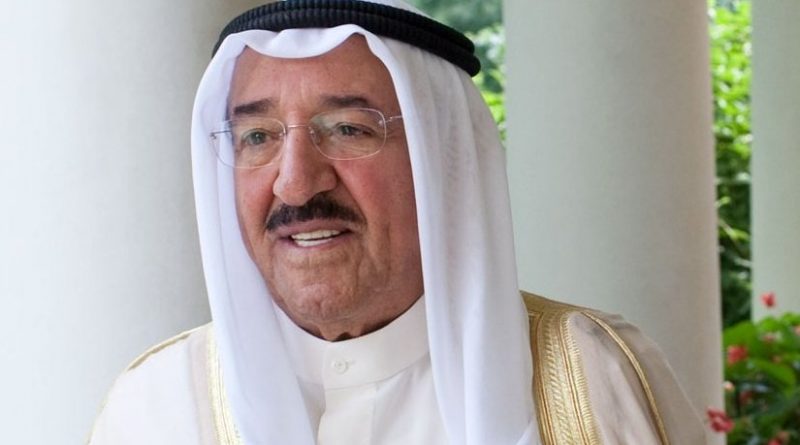 “With deep sadness and sorrow the Emiri Diwan sends its condolences to the people of Kuwait, the Arab and Muslim nations, and our friendly nations worldwide,” Royal Court Minister Sheikh Ali Jarrah Al-Sabah said on state TV.

Kuwait’s Crown Prince Sheikh Nawaf Al-Ahmad Al-Sabah will be sworn in as the nation’s new emir on Wednesday.

Sheikh Sabah was admitted to hospital in July and underwent surgery, before traveling to the US for further treatment.

His death brought an ourtpouring of grief and condolences from both the Gulf, the region and beyond.

He served as Kuwait’s foreign minister from 1963 for four decades after holding a number of other governmental posts.

He then became prime minister in 2003.Kuwait announced 40 days of mourning to remember Sheikh Sabah.

The leader was widely respected for his leadership, diplomacy and as a mediator in the region.

He helped steer the country through the devastating invasion by Iraq in 1990 and a number of other crises in the region.

Saudi Arabia’s King Salman and Crown Prince Mohammed bin Salman were among the region’s leaders to offer their condolences to Kuwait and Sheikh Sabah’s family.

UN Secretary-General Antonio Guterres said Sheikh Sabah “was an extraordinary symbol of wisdom and generosity, a messenger of peace, a bridge-builder.”

Donald Trump this month awarded the US Legion of Merit, Degree Chief Commander, to Sheikh Sabah – the first time the honor has been given since 1991.