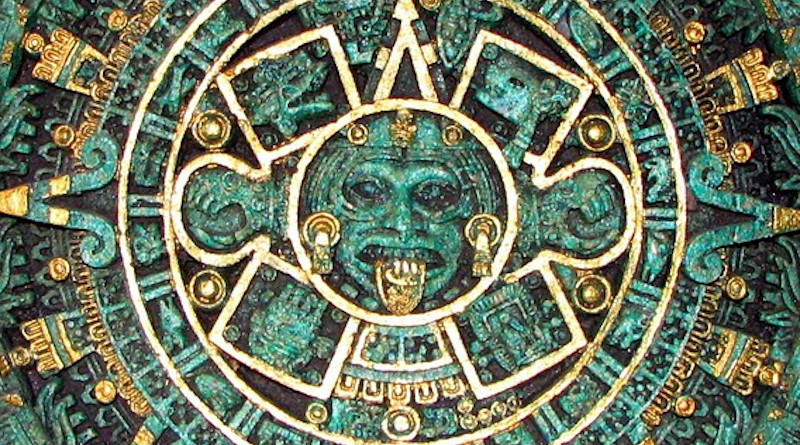 Of extreme interest to many in academia is the impact of Western imperialism on former colonies. Exploring the implications of Western hegemony has become a cottage industry. There is a litany of studies examining colonial legacies in the developing world. For instance, distinguished scholars James Robinson and Daron Acemoglu trace underdevelopment in some countries to the institutional legacies of colonialism.

History shapes the future, so we should never suggest that examining the effects of Western colonialism is an unworthy goal. But the fascination with the exploits of Westerners is quite strange. Listening to some commentators, one would assume that only white people launched empires.

For instance, Nikole Hannah Jones in a letter she penned as a college student perfectly demonstrates a mindset prevalent even among educated adults: “The white race is the biggest murderer, rapist, pillager, and thief of the modern world….Europeans have colonized and destroyed the indigenous population of every continent on this planet. They have committed genocide against cultures that have never offended them in their greed and insatiable desire to control…every nonwhite culture.”

Denigrating Western civilization for previous atrocities is the norm in intellectual circles. In a blistering critique of the West, Daniel MacMillen Voscoboynik concludes, “The full impact of colonialism would be revealed in its long-term impacts. It radically transformed landscapes, state relations, philosophies, and cultures, leaving as one of its inheritance[s] an intensive and plunderous economic model. In pursuit of resources, countries ran roughshod over limits, and destroyed many of the ecosystems necessary for preventing climate change.”

The need for objective discourse mandates that these claims be scrutinized. Jones and Voscoboynik are not wrong to repudiate horrendous acts. Yet their biases are revealing. The false narrative propagated by these thinkers is that conquest is unique to Europeans. Clearly, it has become fashionable to portray imperial pursuits as peculiar to white people, though this outlook is historically inaccurate.

Let us unpack the lopsided assertion that “Europeans have committed genocide against cultures that have never offended them in their greed and insatiable desire to control…every nonwhite culture.” History tells us that people irrespective of race or culture have subjugated weaker groups for no other reason than to attain political power. Few are unaware of the devastating trauma unleashed by the Mongol invasions. Ira M. Lapidus in his indispensable text, The History of Islamic Societies poignantly describes the damages inflicted on Iranians by their Mongolian overlords:

The first impact of the Mongol invasions in Iran was disastrous and amounted to a holocaust. The populations of many cities and towns were systemically exterminated. Whole regions were depopulated by invading armies and by the influx of Turkish and Mongol nomads who drove the peasants from the land. The conquerors plundered their subjects, made them serfs and taxed them ruinously. The result was a catastrophic falling population, income, and state revenue. For over a century fine pottery and metalwares ceased to be produced. A period of urban autonomy and cultural vitality was brought to an end.

Iran was negatively affected by foreign rule, but except for a select group of scholars interested in empire building, these tales are rarely rehashed in the popular press. Some writers will not allow us to forget the unfortunate consequences of colonialism in Africa. Yet they never discuss African imperialism. Contrary to popular beliefs, Africans have not been passive actors in world affairs. In the past, they also established empires intending to achieve political hegemony.

Writing about the expansionist state in Africa, Kwame Arhin illustrates the prowess of the legendary Asante Empire: “Asante was collectively the greatest beneficiary from military conquests and political expansion. Its conquered territories were the greatest in extent and its empire had the longest run.” Another interesting point is that non-European conquerors were hardly known for their generosity. E. Ola Abiola (1984) offers a stinging rebuke of Fulani rule in the northern states of Nigeria after the jihad of 1804–08: “The conditions of these unfortunate people were in no way better than they were under Hausa rule. In fact, they seem to be far worse.”

To be nuanced, however, we must admit that not all aspects of Fulani rule were negative. Johnson Olaosebikan Aremu presents a more favorable picture:

The Jihad could be said to have brought unity to Hausaland. It would be recalled that through inter-state wars, Hausa states had for centuries tried without success to impose an imperial authority which could guarantee political order, stability and unity among the Habe states. Fortunately, the Jihad, by enthroning Islam provided the much-needed suprastate ideology for integration among the Hausa states. The Jihad brought a new peace to the north.

Moreover, dominant in the rhetoric of people like Jones and Voscoboynik is the assumption that European colonialists built rapacious institutions to serve their interests. This position is not false, but how does this make Europeans different from non-European colonizers? Critics fail to acknowledge that the purpose of organizing an empire is to enrich the conquerors, not natives. Imperialism may actuate some positive effects, but imperial ambitions are not undergirded by a desire to ameliorate the conditions of conquered peoples. To think otherwise is patently naïve. Even the Aztecs established extractive schemes to derive wealth from their subjects.

Anthropologist Frances Berdan explains the goal of conquest in the Aztec Empire: “A primary goal of conquest was the exploitation of resources (natural and human) from conquered peoples. Subjugated city-states were required to offer their overlords obeisance and supply them with palace service, corvée labor, and support in future military ventures.”

Essentially, empire building is typical of several cultures. Furthermore, since empires usually result in negative and positive effects, it would be prudent to judge them based on their long-term impacts. The truth is that Western empires are special, because notwithstanding their flaws, only in the West did freedom become a cherished value.

As eminent sociologist Orlando Patterson notes: “Freedom has been the core value of Western culture throughout its history….It is the West that must be scrutinized and explained for its peculiar commitment to this value.” Due to the primacy of freedom in Western society, institutions for protecting individual rights such as parliaments and the jury system were instituted in colonies.

Considering that respect for the individual is of paramount value in Western society, empires managed by the West often endowed natives with rights, despite the failings of Western imperialism. For example, Europeans abolished slavery in many of their African colonies after conquests. Additionally, in his publication “The Missionary Roots of Liberal Democracy,” Robert D. Woodberry submits that Western missionaries were “a crucial catalyst initiating the development and spread of religious liberty, mass education, mass printing, newspapers, and voluntary organizations in Latin America, Asia, and Africa.” He further outlines the pivotal role of these missionaries in promoting mass education: “Another mechanism through which Conversionary Protestants dispersed power was through spreading mass education…CPs advocated mass literacy so that everyone could read the Bible and interpret it competently. Their attempt to convert people through education threatened other elites and spurred these elites to also invest in mass education.”

Similarly, there is strong consensus in some quarters that colonialism in the Post-Enlightenment era was advantageous for long-term political development. According to the findings of one study, “Colonial duration is positively associated with levels of democracy among countries colonized after 1850….Western penetration after 1850 during an enlightened (yet imperialist) age created an openness to Western ideas and ideals that facilitated the transition to democracy and modernization.”

Throughout history, humans have developed oppressive empires. Yet the moral revolution aiding the abandonment of imperialism and its associated evils first emerged in the West. Critics of Western imperialism should not be dismissed as flippant. However, they must admit that only Western empires succeeded in promoting universal freedom. What they ought to be wondering is not why Westerners built empires, but that they even entertained the thought that dignity could be extended to conquered peoples.

*About the author: Lipton Matthews is a researcher, business analyst, and contributor to Mises.org, The Federalist, and the Jamaica Gleaner. He may be contacted at [email protected] or twitter @matthewslipton