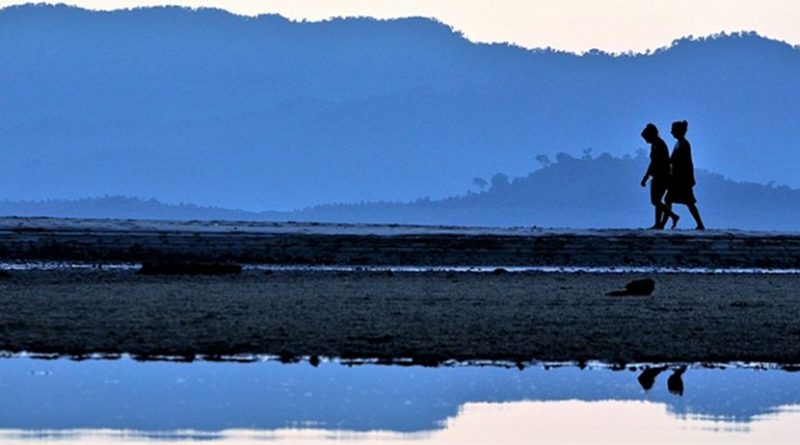 “To qualify for support, recipient countries are required to implement neoliberal economic and political policies approved by the World Bank and International Monetary Fund (IMF), and neoconservative US think-tanks Heritage Foundation and Freedom House”, MCC requires.

This must be the thinking of self-righteous nationalists. So what?

When did we ever have a set of policies that have genuinely pushed for national interest? The problem arises at the very onset when we pursue to think that there is a “Third World”, a “South” and a “North”. Geopolitically, these don’t make sense any longer as the words “developed” and “developing” continue to make less and less sense geoeconomically.

In pursuing our national interests, we cannot just shrug off our identities in relation to other parts of the world. The environmental crisis of global warming, ozone depletion, ocean pollution and species extinction are effective reminders for people and countries — North and South — of the extent of our interdependence and of just how integrated our response must be to global challenges.

As a country, we should be reminded how much of the uncontrollable problems we share with other countries—megacities, illiteracy, poverty, AIDS, unemployment, delinquency, aggressive nationalism, ethnic cleansing and terrorism.

We must stop caricaturing that we can push for national interests when we can’t even take care of our overseas foreign workers who suffer daily to put the bulk of money in the government’s coffers. Our sovereignty has always been threatened. Daily, you see Korean nationals owning vast tracts of land even as our very own law prohibits it. National interests-bah? Thousands of hectares in Mindanao are being used to plant crops for the Arabs and biofuel date palm for the British while our Filipino farmers are hungrily displaced.

We continue to hold a contemporary outlook on reality — that of being rationalist, secular, scientific and quantitative. A certain social scientist ascribed to this as the Enlightment Model. It is what the West has taught us. Many of our scholars, technocrats, politicians are Western-educated and trained. Concretizing the model, leaders of the past administrations claim, to a certain degree, that our country benefited economically, socially, technologically and physically.

What they did not foresee are the negative results of their policies which are now at a frightening level—individualism, materialism, social alienation, conspicuous consumption, intolerance and resurgence of pre-Medieval feelings of animosity between races and religion.

If we are to pursue a nationalistic set of policies, we cannot continue to be misled by the same mainstream development discourse which to a most part, are defined by those who hold the money – and define “development” in quantifiable terms. The cultural, moral and spiritual dimensions of human well-being, have been made irrelevant and intractably subjective as to be unamenable to a practical paradigm.

What then must be done? Beyond a basic level of survival and security, most people in this country or the world for that matter, innermost attitude and behavior towards change — individual or societal — are not motivated by economic or political interests. Many people in most cultures start at the other end of Maslow’s scale: at the most personal level, they are moved by deep underlying moral and spiritual assumptions that reflect and explain reality and support the values that guide their decisions about whether to change or not to change.

It is exactly this personal perception that led millions of Filipinos to say “Enough of graft and corruption”. Unfortunately, what others are failing to see is that the phenomenon of values, culture and reflection of spirituality are not expressed in conventional paradigms or quantifiable terms but in myth, ritual and religion. T

hese ontological needs of the Filipinos or priorities include such things as: love of others, one’s commitment and responsibility of family, clan and community; self-worth, one’s sense of dignity honor and respect, sexuality and gender, roles and relationships, work as means of sustenance and creative act, beauty and joy as expressed in dance, music, art; poetry and play; a sense of the sacred and transcendental, spiritual and formal religion; loyalty to the tribe, nation or other ethnic identity; love of place, a sense of belonging here and not there, reverence for life, matter and spirit
in nature, the origin of nature and its relationship to self; the unseen, ancestors; and life and death.

If the government ignores the said ontological needs, individual and communities can lose their inner bearings and identity. Not all can rise from any existential or social crisis and wind up stronger and be more creative. Already, we are seeing behavior patterns of aggression, stagnation and alienation.

We must not allow such to happen.