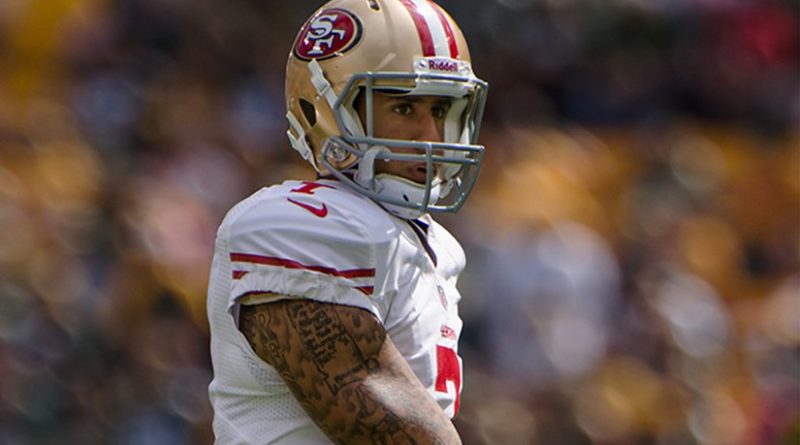 The “anthem protests” have gone on for two years now, but so far the players have not presented a specific set of demands.

Do the players simply want to use Sunday football as a platform for raising awareness of racial injustice and police brutality or is there something else going on here?

If the players wanted change, they had the perfect opportunity last Tuesday when they joined the team owners for the NFL’s quarterly meetings in lower Manhattan. But nothing really came of it, because the players were not prepared to take their protests to the next level. Take a look at this summary of the meetings by a from a report by 247 News:

“After a meeting Tuesday between the NFL and its players, the league claimed that the two parties “had a productive meeting focused on how we can work together to promote positive social change and address inequality in our communities”. But to hear former Pittsburgh Steelers and New York Jets offensive lineman Willie Colon talk, you would be led to a picture that was quite different.

…Colon stated that his sources told him that the players in attendance at the league’s New York City offices felt that “nothing was accomplished…the owners just want this to go away, but they don’t know how to put out this fire”. Colon also made a damning statement that the league and its owners completely dodged the subject of estranged quarterback Colin Kaepernick by calling for a bathroom break, and NFL Commissioner Roger Goodell ended up reading the newspaper as opposed to addressing the issue.” (Willie Colon: “Nothing got done” at NFL meetings, 247sports.com)

This is ridiculous. What did the players expect, a pat on the back and a big “Hurrah” for racial justice?? These are billionaire landsharks they’re dealing with not their buddies at the local sports pub. Get it together, fer godssakes.

Of course the owners don’t like Kaepernick. Why would they? His actions have cost them a heckuva lot of dough and dragged the leagues reputation through the mud. Are they supposed to be happy about that?

Look: The guys who own NFL teams are not social justice warriors, they’re hard-nosed businessmen who make a bundle gouging credulous sports addicts on overpriced tickets, exorbitant Cable contracts and garish football jerseys that make grown men look like imbeciles. Did the players think these football moguls were going to give away the farm just because they showed up at their lousy “quarterly” meeting?

Give me a break The players need to grow up and state their case. They need to distill the vague racial rhetoric into a list of ironclad demands that will have an impact on the criminal justice system, the prosecution of killer cops, compensation for victims families and reductions in sentencing for non violent offenders. That’s what they need to do, take the protest to the next level!

Because the protestors have these fecking bigshot tycoons over a barrel and they don’t seem to know it, that’s why. Just look at how this thing is going down: Ticket sales are flagging, TV ratings are plunging, and the NFL’s brand has suffered a major black eye. On top of that, many of the leagues most devoted fans have ripped up their season’s tickets, turned off their TV sets, burned their official-NFL jerseys, and vowed never to watch another professional football game in their lives. And the ructions are all traceable back to the anthem protests and the actions of a few determined players.

Get the picture? The owners need this whole anthem-thing to vanish pronto or their glorious business model is going to go down in flames. So what they’re looking for is someone on the players side who knows how things work. You don’t show up at a gun fight with a knife. You hire the best civil rights and labor attorneys available, you focus your sites on the goals you really hope to achieve, and then you hammer out the best damn deal you can possibly get making sure that your opponent is writhing on the floor in agony before you sign on the dotted line. That’s how you negotiate with bigshots, you sock it to them bigtime. It’s called “winning”, which is something the players should understand. But do they? Check out this comment by protest leader Michael Bennett who was trying to explain the larger objectives of the protests:

“It’s always been broader,” he said. “It’s always been about justice and discrimination in America, police brutality, women’s rights; all those different issues. Clean water; Flint, Michigan. Issues that are pertaining to America that we all need to pay attention to because it’s not until it happens to one of us that it’s important, but it’s important every single day regardless of what we have going on.”

What a bunch of baloney. The protests are NOT about “women’s right” or freaking “Flint, Michigan”. And if the players waste their time on unrelated gobbledygook like that, they’re going to miss a golden opportunity to “stick it to the man” and reach a meaningful settlement that could have lasting impact on sentencing guidelines, law enforcement, and the criminal justice system.

Bennett is also worried about Kaepernick getting another job quarterbacking in the NFL because the players think Kaepernick has been blackballed by the owners. Which he probably has been.

So what? The bottom line is that the owners will find Kaepernick a job IF THEY HAVE TO, and they will have to, because the players have a gun to their heads and they’re in the drivers seat. The owners are going to do whatever they’re told to do (within reason, of course) if they want this protest nightmare to go away. And they do want it to go away.

So just don’t blow it. It’s not often that black protestors get the opportunity to utilize the raw power and political connections of billionaire businessmen who can impact the legislative agenda in Washington and push through reforms that could possibly effect policing on a community level.

The anthem protests could very well produce results that no one could have ever imagined. It’s worth a shot at least.