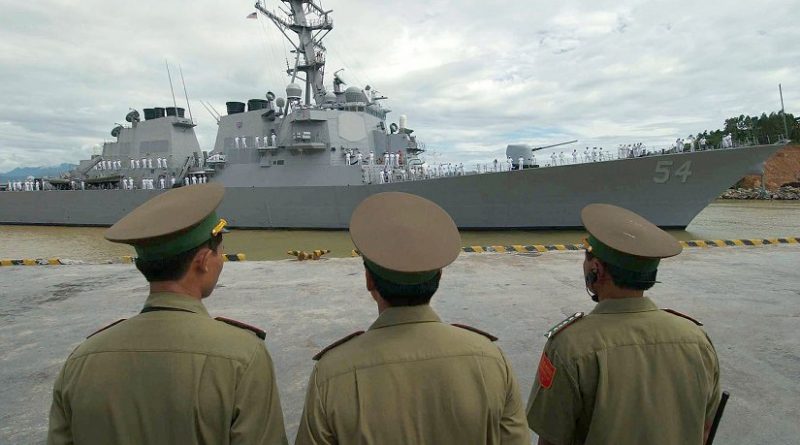 Green defence technologies may hold the answer to meeting military requirements for future forces. There are three areas where green defence could enhance operational readiness for armed forces of any size. There are, however, challenges in the implementation of green defence.

For economic, strategic and operational reasons, militaries have begun to incorporate ‘green defence’ initiatives into their plans for future forces. As armed forces around the globe use more defence electronics and more complex systems, operating costs for the equipment upon which personnel depends have skyrocketed. Fuel convoys have become targets in expeditionary operations, also reducing troop safety. Nation-states dependent on energy imports worry about the autarky of their armed forces and their insatiable appetite for fuel – which has proven enormously expensive.

In recent years, biofuels have proven capable of powering supersonic flight for Navy aircraft, solar cells have kept unmanned aerial vehicles in the air and powered defence electronics on the ground, and hybrid electric drive has demonstrated cost savings for army-grade vehicles. Alternative energy resources and sustainable technologies, driven by research and development in commercial and military spheres alike, are increasingly recognised as useful to the armed forces.

Green defence offers to rebalance forces so the logistical ‘tail’ does not outweigh the ‘tooth’ of combat forces. But in its current and projected states, do green technologies live up to these promises? The short answer is: it’s too early to tell. Nonetheless three key takeaways have emerged, all pointing toward laudable operational advantages from green technologies.

The first is that certain green defence technologies to generate, store and distribute power increase portability for the armed forces. Replacing cumbersome and ineffective chargers and batteries, wearable solar cells and methanol-based fuel cells have already demonstrated their usefulness by lowering the loads that soldiers have to carry and elongating mission duration with electronics that stay powered on for longer periods of time.

With the ability to operate and communicate more effectively, for longer and with greater agility, units can achieve more distributed manoeuvre. When applied to bases, distributed power generation are also less vulnerable to cyber and natural disaster risks than more centralised systems currently in use.

The second advantage is that alternative energy sources make it harder for adversaries to detect the location of forces. In addition to generating energy nearly silently, chemical energy from fuel cells does not produce heat – therefore being stealthier against thermal imaging cameras capable of picking up on the heat that mechanical energy generates. Across all domains, this means stealth could be ‘emancipated’ to assets of all size.

Lastly, green defence technologies have developed in tandem with unmanned technologies. Alternative energy sources could become a force multiplier for unmanned systems, in particular by extending flight time of aerial systems, capable of remaining airborne for weeks or months without the need to refuel. Further, some prospective green technologies offering higher torque and higher thrust.

Already various forms of unmanned vehicles are powered by alternative energy sources, ranging from the hydrogen-powered prototypes for a UAV from Boeing with payloads in excess of 450 kg to fuel cell-powered micro-UAVs developed in Singapore.

The three advantages outlined here are consistent with transformation plans that several militaries are undertaking to modernise their forces for the battlefields of 2030 and beyond. Aimed at distributing manoeuvre so smaller units work more effectively together, as well as the improving upon unmanned systems’ utility as they increasingly perform intelligence, surveillance and reconnaissance (ISR) tasks and operate in combination with manned systems, the applicability of green technologies across the spectrum of military activities is promising.

Despite their potential, initiatives aimed at incorporating green technologies have encountered obstacles that, while not insurmountable, are challenging at present. The largest obstacle is, and will remain, the economic viability of green technologies. While market forces have served to drive prices down for solar panels, other alternative energy sources, such as hydrogen energy, are prohibitively expensive and difficult to transport.

The tradeoff between quality and price will always have to be taken into account. Algae-derived biofuels have garnered much attention, but significant cost barriers will have to remove before they become scalable for use in the armed forces.

But in other cases, economic effectiveness is also a game of calculation. The level of ambition of the largest green defence initiative to date – the US Navy’s Great Green Fleet – has been dampened due to an overemphasis on alternative energy source prices compared against oil and gas prices. The Great Green Fleet eventually met opposition in the form of Congress prohibiting the Navy from procuring biofuels when they were more expensive than oil.

Not only did this fail to capture the unquantifiable operational benefits, including safety and force rebalancing, but the short-sighted price comparison also ignored the higher return-on-investment offered by alternative energy sources. The lesson of politicising green defence appears unlearned as of yet.

Another challenge is that not all green defence solutions will work everywhere. Geographical constraints determine which renewable energy options are available in each given context. At present most of the statistics about energy and cost savings achieved by green technologies are from tests or are specific to operational conditions in the greater Middle East.

Generating and utilising alternative energy sources for military use will differ given each country or region’s specificities. Just as biofuel production requires enough landmass for facilities and solar energy clear skies, other options such as tidal or wind energy cannot be harvested everywhere.

Green defence already takes several forms today. If lowering costs is the primary goal of green defence initiatives, then one answer lies in greening bases and estates through measures such as installing LED lighting or encouraging behavioural changes of personnel. Another option is to simply use equipment less frequently, for example reducing carbon emissions and saving jet fuel by using flight simulators for training.

Such measures liberate resources to be re-allocated elsewhere, but green defence also purports benefits emblematic of military transformation at large. Capitalising on the operational benefits of burgeoning green technologies, an ambitious green defence agenda could help define the force of the future as one that uses sustainability to enhance readiness for units of all size.

*Zoe Stanley-Lockman is an Associate Fellow at the European Union Institute for Security Studies (EUISS). She was recently a Visiting Research Fellow with the Military Transformations Programme at the S. Rajaratnam School of International Studies (RSIS), Nanyang Technological University, Singapore.