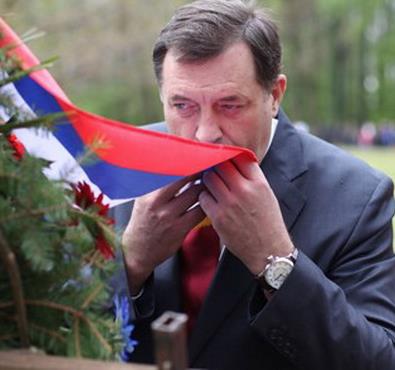 With internal cracks widened by a recent humiliating defeat at the polls, the Serb Democratic Party, SDS, has decided to hold new internal elections.

The main board of Bosnian Serb opposition party the Serb Democratic Party, SDS, met on Sunday but failed to resolve internal differences that have deepened since its election defeat earlier this month.

After a nine-hour session, the board finally agreed to hold internal party elections in December.

The main point of division was the question of whether SDS should join the main Bosnian Serb party, the Alliance of Independent Social Democrats, SNSD led by Milorad Dodik, to form a joint bloc of Serb parties in the state parliament.

Party leader Vukota Govedarica initially rejected the possibility, yet changed his rhetoric slightly after Sunday’s session, when he claimed that SDS was “ready to talk” with other parties but has so far received no official invitation.

In the run-up to the internal party elections, the SDS’s internal divisions are likely to continue and even escalate as the party is struggling to clarify its political and ideological positions or find new ones, experts said.

“It would be helpful if the SDS would finally decide what they want. If this [internal turmoil] continues, the party will split. It will not disappear, but what remains of it will not have enough political force for a serious political battle,” political analyst Vlade Simovic told BIRN.

The SDS is the oldest ethnic Serb party in Bosnia. Established by the Bosnian Serb wartime leader Radovan Karadzic, it dominated the political scene in Bosnia’s Serb-dominated areas during and immediately after the war with strong hand and hardline positions.

However it was eventually overshadowed by Dodik’s SNSD. Although initially a moderate and darling of the West, Dodik gradually hardened his positions eventually becoming the most radical Serb politician in the country.

Under Western sanctions, the SDS meanwhile was forced to moderate its positions. But this created internal divisions and tensions between SDS’s old, hardline cadre and some of the more moderate newcomers over the exact ideological position and political identity of the party.