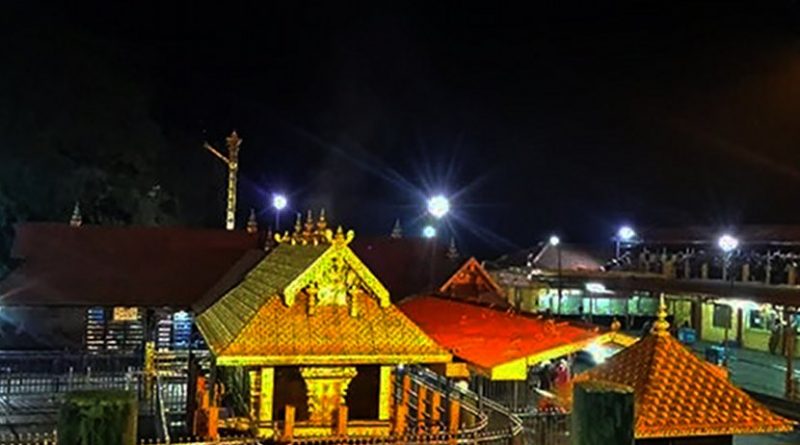 Millions of devotees of Lord Aiyappa in Sabarimala are extremely disturbed and feel hurt, when the Supreme Court of India rejected the traditional practice of not permitting women of certain age ground from visiting the Sabarimala temple. Obviously, the judges have taken a narrow and tunnel view of the issue and treated it as a mere gender issue of women being discriminated.

Very sound and logical arguments have been advanced by large number of thinkers and devotees as to why the traditional practices of Sabarimala temple should be continued and should not be disrupted. It has been pointed out clearly that Sabarimala temple is not against all women visiting the temple but only women in certain age group. It has also pointed out that in all Aiyappa temples all over the world , women of all age group are permitted entry.

While the Supreme Court judges have viewed the Sabarimala issue as a mere gender discrimination issue and rejected the importance of maintaining the traditional practices, the judges have failed to take note that the petition to the court was filed by not a member of the Hindu community but a non Hindu.

While judges thought it fit to give their ruling with regard to the traditional practice in one Hindu temple which is considered extremely sacrosanct by Hindus all over the world, it has conveniently kept its ears and eyes closed with regard to practices in other religions namely Islam and Christianity, where also there are some traditional practices applying restriction on women in certain circumstances.

For example, in the case of Islam , women are not allowed to pray in the mosque along with men. In the case of Christianity, there is restriction on women becoming pastors. Throughout the centuries, Christian theologians have reflected on this issue and the preponderance of them have concluded that the pastoral role is exclusively assigned to men. Why have Supreme Court judges in India, while taking a negative view of the traditional practice in Sabarimala temple of restricting women of certain age group, have not cared to discuss or comment on the restrictive practices on women in other religions.

Now that the Hindu outfits have filed review petition in the Supreme Court and the Supreme Court judges would hear the case and give their verdict shortly, one has to keep the fingers crossed ,as to whether the judges would reverse their decision. Many people think that judges would not reverse the decision, as they have taken a definite view and are unlikely to agree with the arguments of the Hindu outfits, which would be the same arguments that were advanced during the earlier hearings.

While the Sabarimala devotees feel very sad about the turn of events, the annual festival in Sabarimala would commence shortly when millions of Sabarimala devotees will visit Sabarimala temple from all over the world, after observing strict code of conduct and celibacy for specified number of days, as per the traditional belief and practices.

In such circumstance, it is extremely distressing that Government of Kerala, in which state Sabarimala is located, has taken a tough attitude and is giving an impression by it’s utterances and acts that it would go to any extent to implement the verdict of the Supreme Court and perhaps may facilitate some rebel women even from non Hindus to visit the temple with heavy police escort and score a point for whatever reasons.

Already, many Hindus think that traditional practices of Hindu religion are being discriminated in India and protests are likely to become louder.

If Kerala government were to persist with determination to disrupt the traditional practice in Sabarimala in the name of implementing Supreme Court verdict, this is bound to lead to explosive situation and tension, which should be avoided at any cost.

Considering the possibility of Supreme Court not reversing it’s verdict and Government of Kerala continuing it’s aggressive stand and to avoid an explosive situation developing, Government of India should immediately promulgate an ordinance, ensuring that traditional practices in Sabarimala Aiyappan temple would continue. Such strategy was adopted by Government of India earlier in Tamil Nadu, when jallikattu issue became an explosive subject when Supreme Court banned it.

While the judgement of the courts should be respected , when large section of people feel aggrieved by the verdict of Court and to ensure maintenance of peace, Government of India would be absolutely justified in issuing an ordinance.

Judges give their ruling as per the prevailing laws and regulations enacted by parliament. Therefore, there is nothing undemocratic about such ordinance proclamation by Ggovernment of India, which would be ratified by the parliament later.

One thought on “India: Call For Calm In Sabarimala Temple – OpEd”