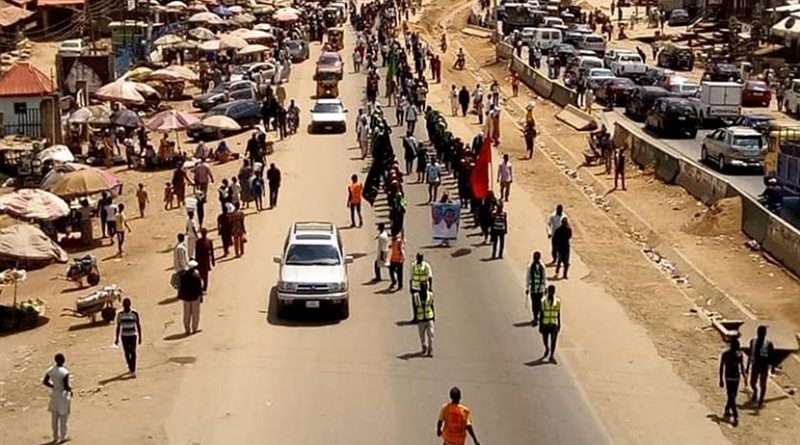 Nigerian Muslims and members of the Islamic Movement hold a rally on towards Abuja to mark the annual Arbaeen march. Photo Credit: Tasnim News Agency.

Thousands of Nigerian Muslims and members of the Islamic Movement held a rally on Monday towards Abuja to mark the annual Arbaeen march, as another video emerged showing the security forces attacking the mourners.

Nigerian Muslims were pictured marching towards the federal capital territory despite an attack by security forces the day before that killed nearly ten of their members by Zuba bridge in Abuja.

Another video emerged on social media showing the attack on the marchers by security forces in Zuba.