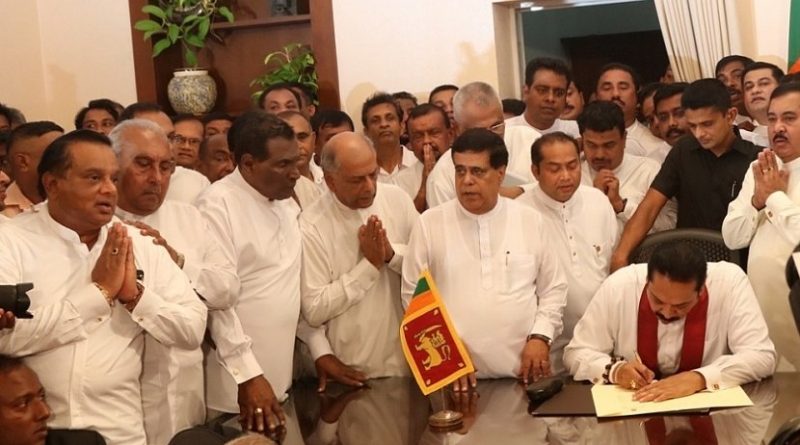 Mahinda Rajapaksa assumed duties as the new Prime Minster of the Democratic Socialist Republic of Sri Lanka on Monday at the Prime Minister’s Office.

Several Members of Parliament and the Secretary to the Prime Minister, Sirisena Amarasekara were present at the occasion.

Mahinda Rajapaksa was sworn-in as the new Prime Minister before President Maithripala Sirisena on Friday.

Last week, Sri Lanka’s President Maithripala Sirisena sent a letter, to Ranil Wickremesinghe that as the appointing authority, he was removing Mr Wickremesinghe from the position of Prime Minister under the clause 42 (é) of the Costitution. This letter was set through the Secretary to the President.

Additionally, the new Cabinet was sworn in on Monday, according spokesperson for the Prime Minister said.