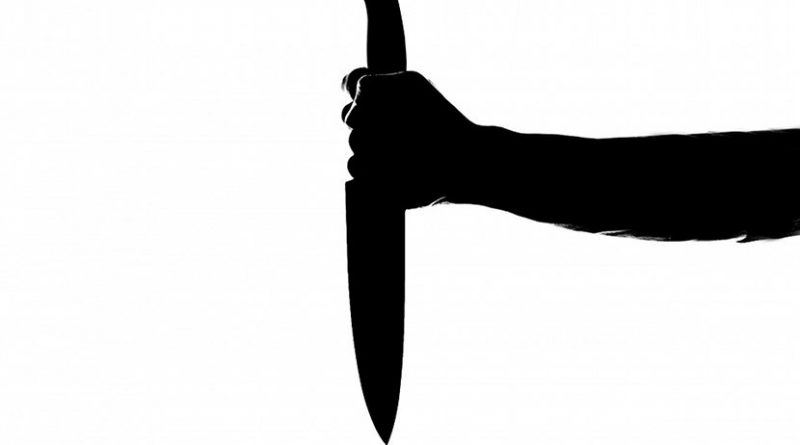 t reads like a swaying narrative of retreat. A man’s body is subjected to a gruesome anatomical fate, his parts separated by a specially appointed saw doctor – an expert in the rapid autopsy – overseen by a distinctly large number of individuals. Surveillance cameras had improbably failed that day. We are not sure where, along the line, the torturers began their devilish task: the diligent beating punctuated by questions, followed by the severing of fingers, or perhaps a skipping of any formalities. One Turkish investigator sniffing around the Saudi consulate in Istanbul saw such handiwork “like a Tarantino film.”

The result was clear enough: the Saudi journalist Jamal Khashoggi went into the Saudi embassy on October 2 and never came out alive. (Even an attempt of the gathered crew of death to procure a Khashoggi double was noted.)

For aspiring authoritarians, the Saudi state is a model instructor. First came blanket denial to the disappearance: the Saudi authorities had no idea where the journalist had gone after October 2. On October 18, Riyadh officially acknowledged Khashoggi’s death. By October 21, Foreign Minister Adel al-Jubeir had come to the conclusion that this had, in fact, been murder, and a mistake. “This was an operation where individuals ended up exceeding the authorities and responsibilities they had”.

Then, an improbable story of a fist fight developed through the media channels. (When one has to kill, it is best to regard the enemy as inappropriately behaved when they dare fight back.) In the presence of 15 Saudi operatives, this was all richly incredulous – but the Kingdom does specialise in baffling and improbable cruelties.

It was clear that distancing was fundamental, hence the cultivation of the “rogue” theory, with Saudi operatives taking a merry trip off the beaten path. Turkish President Recep Tayyip Erdoğan was happy to pour water on the suggestion. “We have strong evidence in our hands that shows the murder wasn’t accidental but was instead the outcome of a planned operation.” It had been executed “in a ferocious manner”.

The Turkish president has, however, danced around the issue of ultimate state sanctioned responsibility. Neither King Salman, nor Crown Prince Mohammed bin Salman, have been publicly outed in any statements as either showing awareness of the killing or ordering it. Prince MBS and his father are happy to keep it that way, severing their links with the killing as assuredly as the killers had severed the journalist’s fingers. This is evidenced by the Crown Prince’s own labelling of the act as a “heinous crime that cannot be justified”.

The Saudi Public Prosecutor has also decided to move the case from one of accidental killing (fist fights will do that sort of thing) to one of planned murder. A bit of cosmetic housecleaning has been taking place (another authoritarian lesson: look busy, seem engaged with heavy concern): 18 people have been arrested and two advisers sacked by the Saudi state. The Crown Prince, according to the official Saudi Press Agency, has chaired the first meeting of a committee established to reform the country’s intelligence services.

This authoritarian blueprint also implies a staying power in the face of other states who see Saudi Arabia as cash cow and security partner. The Kingdom of Saudi Arabia has a rich appetite for foreign arms, a point not missed on the weapons makers of the globe. Some attrition is bound to take place: certain countries, keen to keep their human rights credentials bright and in place, will temporarily suspend arms sales. Others will simply claim disapproval but continue leaving signatures on the relevant contracts of sale.

Some ceremonial condemnations have been registered. Members of the European Parliament voted upon a non-binding resolution on Thursday to “impose an EU-wide arms embargo on Saudi Arabia.” Germany, temporarily concerned, has suspended arms sales to the House of Saud, with Chancellor Angela Merkel deeming the Khashoggi killing “monstrous”. Canada’s Justin Trudeau briefly pondered what to do with a lucrative defence contract with Riyadh worth $12 billion, only to then step back.

The Canadian prime minister did acknowledge that the killing of Khashoggi “is something that is extremely preoccupying to Canadians, to Canada and to many of our allies around the world” but has not made good any threats. His predecessor has become the ideal alibi. “The contract signed by the previous government, by Stephen Harper, makes it very difficult to suspend or leave that contract.” Cancellation would lead to penalties which, in turn, would affect the Canadian tax payer. How fortunate for Trudeau.

France, the United Kingdom and the United States remain the three biggest suppliers of military hardware to the kingdom, a triumvirate of competitors that complicates any effective embargo. Which state, after all, wants to surrender market share? It’s a matter of prestige, if nothing else. President Donald Trump’s reaction is already clear: a suitably adjusted lid will be deployed to keep things in check till matters blow over; in the meantime, nothing will jeopardise a $110 billion arms deal. Business with a theocracy can be patriotic.

The French angle has been reserved and coldly non-committal. “Weapons exports to Saudi Arabia are examined in this context,” claimed foreign ministry deputy spokesman Olivier Gauvin, meaning that his country’s arms control policy was made on a case-by-case basis. For France, keeping Riyadh in stiff opposition to Tehran’s regional ambitions has been a matter of importance in its Middle Eastern policy for decades, a point reiterated by President Emmanuel Macron in April. And the Kingdom pays French arms exporters well: between 2008 and 2017, Saudi Arabia proved the second biggest purchaser of French arms (some 11 billion euros), with 2017 being a bumper year with licenses coming to 14.7 billion euros. Riyadh can expect little change there.

Britain’s Theresa May, in the tradition of elastic British diplomacy (condemnation meets inertia), has insisted that her government already has the appropriately stringent rules on arms exports, another way of shunning any European resolution that might perch on human rights. Such strictness evidently does not preclude the eager oil sheiks of Riyadh, though Britain’s foreign secretary Jeremy Hunt did suggest the Khashoggi killing, should it “turn out to be true” would be “fundamentally incompatible with our values and we will act accordingly.” Such actions are bound to be symbolic – much money has been received by the British arms industry, with earnings of £4.6 billion coming from sales to the Kingdom since the Saudi-led war on Yemen began in 2015. Sowing death, even if through the good agency of a theocratic power, is lucrative.

The fate of Khashoggi, cruel and ghastly, seems a piddle of insignificance in that light. “Brexit,” urged Philippe Lamberts, MEP and leader of the Group of the Greens, “must not be an excuse for the UK to abdicate on its moral responsibilities.” That abdication, on the part of Britain and its arms competitors, took place sometime ago.