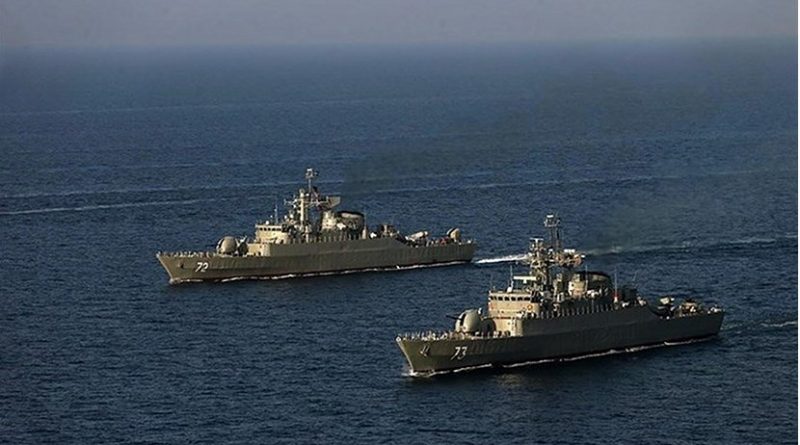 The Iranian Navy’s 64th flotilla departed the country’s southern coast on Tuesday for a mission in international waters.

The flotilla set sail for the high seas immediately after the return of the 63rd naval flotilla, which traveled 15,000 nautical miles in international waters during a 100-day mission.

In recent years, Iran’s naval forces have increased their presence in international waters to secure naval routes and protect merchant vessels and oil tankers against pirates.

In line with international efforts to combat piracy, the Iranian Navy has also been conducting anti-piracy patrols in the Gulf of Aden to safeguard the vessels involved in maritime trade, especially ships and oil tankers owned or leased by Iran.