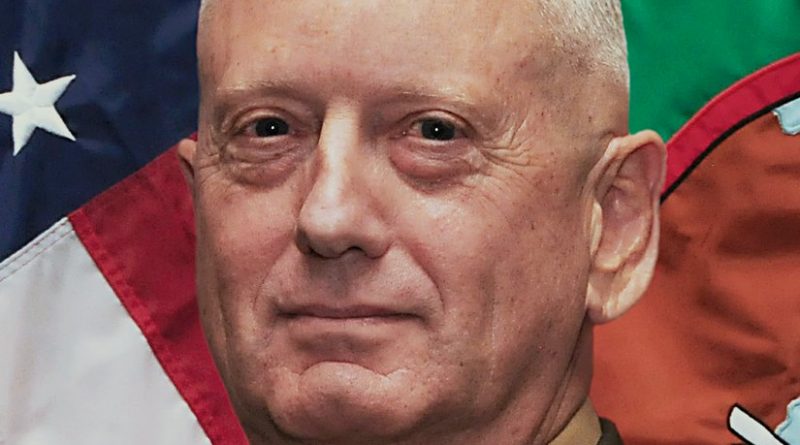 As South Asia heaves a sigh of relief at the first smooth transition of power in Rawalpindi this week in 20 years, the ascent of two former general officers of the United States army to senior positions in the Trump administration will prove more consequential in the global fight against Islamist terrorism in the years to come.

The President-elect has already confirmed that Lieutenant General Michael Flynn will serve as the next National Security Advisor. It also looks increasingly certain – pending Congressional waiver and confirmation – that General James Mattis will serve as Trump’s Secretary of Defence. Both Flynn and Mattis came to age professionally fighting in what journalist Jason Burke called the “9/11 wars” – the 2001 and 2003 invasions of Afghanistan and Iraq (respectively), and the many sub-conventional conflicts there and since.

Mattis is seen as the archetypal scholar-general, known to assign hundreds of pages of readings each week to soldiers assigned to his command. Flynn – whose last government service was as the Director of the Defence Intelligence Agency – is being increasingly painted as a real-life Colonel Kurtz from the cult film Apocalypse Now: A once-brilliant officer who has now become “right-wing nutty,” in the words of Colin Powell, a former chairman of the Joint Chiefs of Staff and George W Bush’s Secretary of State.
Beyond these perception differences, both men’s worldviews have been shaped by their careers fighting shadowy, slippery wars against adversaries who do not don state-issued insignia. These wars have been fought using a combination of covert operations and counter-urban guerrilla tactics, and under conditions where “shock-awe” display of force through overwhelming firepower has had very limited utility.

Mattis is a Marine who retired as the chief of the United States Central Command. As such, his area of responsibility spanned the Middle East and North Africa to Central Asia. ‘The Warrior Monk’ – as he is often called affectionately, due to his spartan bachelor’s lifestyle – however is best known for being the driving force (with General David Petraeus who retired from government service as the director of CIA) behind the 2006 Counterinsurgency Field Manual – an influential document that was instrumental in shaping how the United States military has approached its COIN (Counter-Insurgency) functions since.

At the heart of the Petraeus-Mattis doctrine is – a 2010 Slate profile of Mattis noted – a “new concept of risk: Troops use less force and accept more short-term vulnerability to build ties with locals that will bring longer-term security.” One just has to compare this precept to the ones the US deployed the only other time it found itself managing a raging local insurgency in Asia – Vietnam – to understand its significance. The United States’ prosecution of the Vietnam war as it started to spin out of control, with Robert McNamara as Secretary of Defence, became hostage to an obsession with spurious if precise metrics like “kill ratios.”

A higher kill ratio – the ratio of an adversary’s casualties to the one’s own – became a key indicator of progress which, in turn, made ‘Vietnam’ and ‘quagmire’ synonymous in posterity. Mattis’ COIN doctrine was determined not to repeat the same mistakes as those in Vietnam.

It strove to do so by putting into place a series of doctrinal guidelines to support a single proposition:

“At its core, counterinsurgency warfare is a struggle for the support of the population. Their protection and welfare is the center of gravity for friendly forces.”

Mattis’ worldview is an admixture of restraint and resolve, shaped by a pragmatic sensibility that comes from a lifetime of study and contemplation. (At one point, Mattis’ personal library is said to have had over 7,000 books.) His position on torture, for example – that it does not work, period – flows from this worldview and puts it at odds with Trump’s public belligerence.

In Mattis’ universe this, however, doesn’t mean reluctance to use force when needed. It would be useful to remember Mattis once very pithily summarised his views on the use of force: “I come in peace. I didn’t bring artillery. But I’m pleading with you, with tears in my eyes: If you f**k with me, I’ll kill you all.”

It would be a mistake to assume that Mattis’ thinking is confined to the messy world of counter-insurgency alone. In a remarkable statement in front of the Senate Armed Services Committee in January 2015, he outlined a grand strategy for the United States that is, at once, liberal and pragmatic – and sharply at odds, once again, with Trump’s campaign statements. Mattis’ worldview is broadly contiguous to the position the United States has taken since World War Two: Of a world of American primacy supported by a liberal international order that enjoys broad global consensus.

“The constructed order reflected the wisdom of those who recognised no nation lived as an island and we needed new ways to deal with challenges that for better or worse impacted all nations. Like it or not, today we are part of this larger world and must carry out our part. ”

Mattis is no isolationist. But he is also a pragmatist. In Mattis’ grand strategy – the grand chain of national ways, means, and ends – reduction of military spending necessarily implies the need to reduce American appetite for deployment of force oversees. This, in turn, would mean more – rather than less – dependence on allies and prioritising challenges to be met. It also means the avoidance of “murky and quixotic political end states.” (It is hard not to read this as a stinging criticism of the United States’ decision to invade Iraq in 2003, a war that Mattis helped prosecute.)

But above all, in Mattis’ grand strategy the intelligence apparatus of the United States comes to fore as an early-warning system for emerging threats in an era of reduced forward deployment of American troops worldwide.

In this, Mattis will find a friend in Flynn, Trump’s NSA-designate, and the man who vocally accused his former boss Barack Obama of ignoring on-ground intelligence, especially when it came to the rise of the Islamic State.

One thought on “Donald Trump’s Generals: Why 9/11 Will Shape What Follows 11/9 – Analysis”