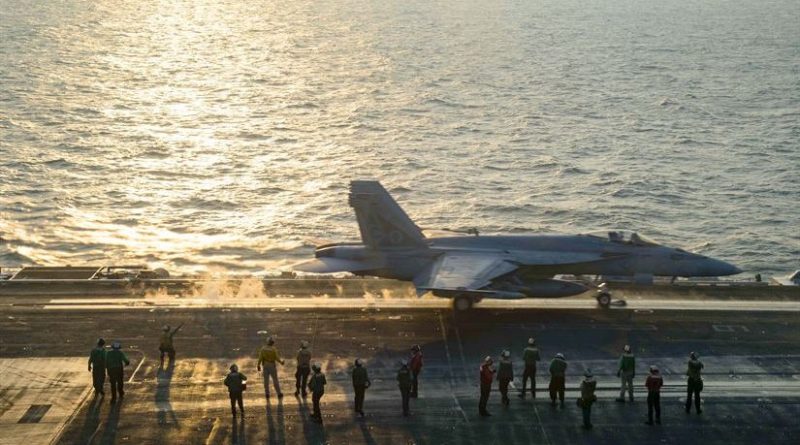 Coalition airstrikes that on Sept. 17 mistakenly hit forces aligned with the Syrian regime were conducted by those who believed they were targeting members of the Islamic State of Iraq and the Levant, the lead investigating officer said Tuesday.

At the time of the airstrike, coalition aircraft were attacking what they believed to be ISIL fighting positions, the general said, but during the course of the strike a Russian official used a previously established flight-safety hotline to notify the Combined Air Operations Center, or CAOC, that the target personnel vehicles were Syrian military forces.

After the Russian notification, the coalition stopped the attacks, Coe said.

This afternoon during a media briefing Pentagon Press Secretary Peter Cook said that Defense Secretary Ash Carter has been briefed on the investigation and is grateful for the investigation team’s hard work and the participation of several coalition partners.

Coe, who was deployed all last year in support of Operation Inherent Resolve, had target engagement authority among his primary responsibilities.

“We’ve been flying these sorts of missions, planned out of the Combined Air Operations Center, for a number of years. It’s what we do,” he said. “And in this incident ultimately we made an unintentional, regrettable error, primarily based on human factors in several areas in the targeting process.”

Afcent commander Air Force Lt. Gen. Jeff Harrigian ordered the investigation and said in a statement about the outcome that, “In this instance we did not rise to the high standard we hold ourselves to, and we must do better than this each and every time.

Harrigian already has ordered improvements based on lessons learned during the investigation, Coe said.

The team interviewed more than 70 U.S. and coalition personnel who participated in airstrike coordination and execution and studied more than 250 pages of written testimony.

“Having performed a thorough review of all the facts and circumstances, as the investigating officer I found that the decision to identify the targets as [ISIL] military objectives was made in good faith, based on information reasonably available at the time to all coalition decision makers,” Coe said, adding that the targets were struck in accordance with the law of armed conflict and applicable rules of engagement for all nations involved.

The team also found no intent to target Syrian forces, and that the targets underwent an appropriate assessment, review and validation process.

But in post-review, he added, “post-strike analysis shows that more likely than not, forces aligned with the Syrian government were struck,” noting that the assessment is based on multisource intelligence, hotline feedback received from the Russians and historical records that show what was known about different forces and how they were positioned over time.

Several factors led to planners misidentifying the forces on the ground, the general said. Some of the factors are still classified and for security reasons he said couldn’t discuss tactics, techniques or procedures.

But he could say that “as intelligence, surveillance and reconnaissance aircraft were overhead building the intelligence pictures for our strike planners, it was noted that the personnel on the ground equipped with military weapons and vehicles were not wearing recognizable uniforms. They had no unit flags or insignia or markings that we could observe and this was one set of factors that made it possible to see [ISIL] fighters were actually what we now think were likely forces aligned with the Syrian regime.”

The investigation findings pointed to four areas that could use improvement, Coe said.

— Improved information sharing among analysts to guard against human factors such as confirmation bias and invalid assumptions that led to the strike;

— A more effective lessons-learned process in the CAOC to better avoid repeating mistakes; and

— Enhanced use of the U.S.-Russia safety deconfliction hotline, established under the bilateral Flight Safety Memorandum of Understanding, to ensure that critical information is communicated more quickly to available personnel.

“I know General Harrigian and his team are already working hard on all of these recommendations,” Coe said, noting that the enhanced use of the safety deconfliction hotline already has been implemented “so that something precisely like this doesn’t have a chance of occurring again.”