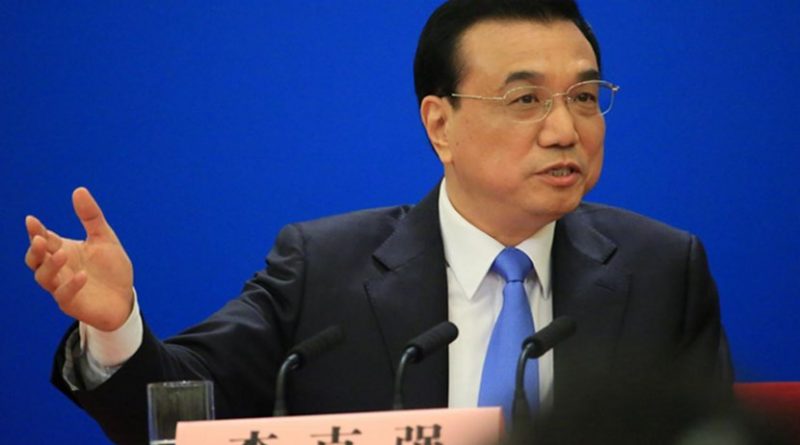 About a generation ago, on November 8, 1989, the Berlin Wall collapsed. It was a momentous event in modern history that marked the rise of the United States as the sole global superpower, and shortly thereafter, the rise of the European Union (EU) as a supranational concept dominating national European government policymaking in a range of areas.

Yet, just as the Berlin Wall crumbled, so did the state-socialist command economies of the former Communist bloc. For the countries of Central and Eastern Europe (CEE), some of which famously led the charge against Soviet domination, in preceding decades, the result was widespread economic dislocation and a precipitous drop in living standards for ordinary people.

China’s 19th CPC National Congress and the concept of “Chinese modern Socialism”
In some countries of the region, especially those that made up the former Yugoslavia, the consequences of the end of state socialism gave rise to a decade of bloody civil wars.

In the aftermath of the Congress amid declarations of praise from the leaders of mainly developing countries – in reference to China’s re-conceptualisation of socialism into a modern framework – China’s Premier Li embarked on a series of official meetings with regional heads of governments, in part, to deliver this message. The regional meetings included the two respective East Asia and China-ASEAN summits, as well as the annual gathering of 16 CEE states and China, also known as the “16+1”, in Hungary, which he attended over four days from November 26th to 29th.

While Li’s speeches at the Asian summits prioritized China’s role in Asia, given the size and speed of growth of the region’s economies, nevertheless, Li’s visit to CEE, may be considered the most symbolically meaningful. This may be attributable to the pivotal role played by several CEE states in opposing Soviet-led Socialism, culminating in a turn of events that laid the path for nearly three decades of American-driven free market globalization amid the ongoing accession of CEE countries into the EU.

In this regard, one of the most prominent of CEE leaders to promote the idea of a new form of globalization, has been Hungary’s Prime Minister, Victor Orban. Last year, Orban and Xi agreed to establish a comprehensive strategic partnership between the countries, in addition to Orban’s hosting the 16 + 1 event, this year.

In so doing, Orban used the gathering as a platform stating his view that “in the new world order taking place, the role of Asia and China has increased significantly, and will continue to increase in future”. Orban further added that the 16 CEE states are forming a single geographic and economic region, complementing the Asian region, where China is becoming a new engine for the global economy.

However, in recent years, Orban has recanted from some of his earlier policies of looking eastwards and thereby reducing dependency on trade and investment with western Europe. This included his signature “Eastern Opening” policy, which called on greater economic relations with countries such as China, Japan and South Korea.

However, Orban progressively withdrew from the program as the share of non-EU trade with Hungary declined, including that of Asia’s, which fell from over 12% of overall trade, in 2010, to 8.8% in 2013.

Undeterred by the tough economic conditions that emerged with the Far East over this period, Orban re-designed the eastward policy by adopting a more regional orientation in respect of Hungary’s relations with the other CEE nations. To this end, he has referred to the 16 CEE states as geographically and economically forming a single region complementing that of Asia, in respect of which China is becoming a powerful new growth engine for the global economy.

Other CEE countries which have recently established strategic partnerships with China, including Poland, Czech Republic and Serbia, have been accused of increasingly straying away from and, in some cases, challenging the larger Western member state-led status quo of the EU.

In Poland, where the Polish Prime Minister Beata Szydlo and Li agreed in bilateral discussions to expand cooperation in transport, logistics and agriculture, her government has come under intensive criticism from EU institutions for proposing legislation which purportedly undermines local press freedoms and the independence of its judiciary.

Meanwhile, the Czech Republic which, during President Xi Jinping’s visit to Prague in 2016, announced that it would become a gateway and financial centre for China into Europe, has similarly been distancing itself from policymakers in Brussels, in the guise of its outspoken President, Milos Zeman. In particular, Zeman has pushed for a divergent foreign policy from the EU, in respect of not supporting the bloc’s economic sanctions on Russia, while also outwardly backing Russia’s intervention in Syria to prop up President Bashir al-Assad, whom he asserts was democratically-elected.

Lastly, in Serbia, Chinese state enterprises have been most proactive in terms of infrastructure-related development including construction of a bridge across the Danube – China’s most expensive completed infrastructure project in CEE to date – in addition to purchasing the country’s largest steel mill and starting construction of a high-speed railway connecting Belgrade to Budapest. Accordingly, while Serbia has opted for European Union membership, by 2020, it looks to maintain close political relations with China and Russia, as CEE’s only neutral state.

Indeed, the EU which has sent representatives to the latest 16 + 1 meeting in Hungary will monitor events there with a great deal of interest and growing skepticism. The skepticism is most evident behind the scenes where EU officials mockingly refer to the 16 + 1 as “1 + 16”, reflecting their view of the imbalanced relationship between China and CEE.

Perhaps the skepticism is justified, given that the infrastructure built, thus far, has been solely funded out of debt owed by national governments to China’s state-owned development banks, an approach which skeptics say has placed increasing pressure on some of CEE’s public debt servicing levels.

Equally, though, skepticism should be directed at the EU institutions whose shift away from grants, towards market based lending policies and risk limitation, particularly under the Juncker Investment Plan, have disproportionately favored projects in Western Europe, relatively speaking, over those in CEE, considering the latter’s greater need for infrastructure development. Consequently, Chinese development banks’ concessional based loans have found a ready market for CEE governments’ less able to cope within the parameters of commercially-based lending practices requiring risk reduction.

Yet beyond the financial merits of China’s state-backed lending practices, for a rising number of CEE governments, there is disquiet with certain Western European member states’ domination of Brussels’ policymaking, on a political level. These include proposals on national quotas for non-EU immigrants; policies which these generally smaller and historically-insular CEE states believe may undermine the social and cultural fabric of their societies.

As EU funding for CEE diminishes over time, the perceived trade-off from the economic benefits relative to the social costs, of EU membership, for CEE many states, may gradually tilt towards China’s modern Socialist model. This, broadly, emphasizes state-financed and state-guaranteed infrastructural development in tandem with free trade, alongside its much-touted principle of non-interference in the internal governance of countries. Indeed, China’s increasing confidence in exporting its model of Chinese modern socialism may eventually result in the prospect of CEE states considering it as a viable alternative to the wholesale acceptance of free market and socially liberal conditions set out in their relations with the US-led and western European-backed versions of globalization.