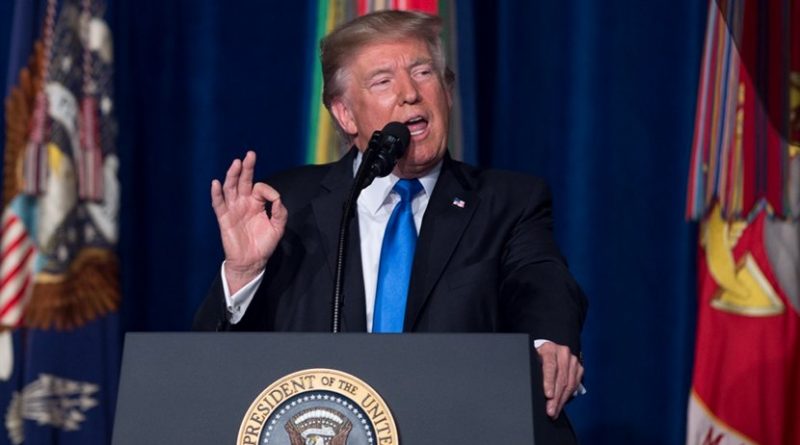 Trump’s rise symbolises the US’s polarised polity, but he is only the manifestation of the disease, not its cause.

The Black Friday sales were good; $20 billion of business transacted over one weekend (Thanksgiving) signifies an economy is doing well, with unemployment is down to 4.1%, the lowest in 17 years.

But beneath the surface there is considerable turmoil in the US. Wages have remained stagnant since the 1970s, a major factor in the shift of many Democratic manufacturing states like Wisconsin, Michigan and Pennsylvania towards Donald Trump in last year’s election. Larger and more worrying trends show that many parts of the country are being left behind by the current economy according to a county-by-county report of the Economic Innovation Group.

According the group’s Distressed Communities Index, some 52.3 million Americans live in economically distressed communities that are spread across the nation, while 84.8 million live in prosperous communities. While prosperity is widespread in a country like the US, it is the persisting pockets of poverty and deprivation that add fuel to its toxic politics of today.

And all this overlays what has been called the “opioid crisis” where the misuse of that class of drugs has led to the deaths of some 64,000 persons last year, more than those killed by guns or the HIV epidemic at its peak. In October, Trump declared the opioid problem to be a “public health emergency”.

But little has been done to curb it.

In the shorter term, in a highly charged partisan atmosphere, the US Congress confronts a crowded agenda of legislation that could also lead to a shut down of government as the funding for the budget ends on December 8. A lot depends on how Trump leads and this poses its own questions because of his erratic record. The Republican leaders are keen to pass their tax overhaul measure, but there are other issues demanding attention like the immigration reform, which will decide the fate of 7 lakh young immigrants, and the fate of the Obama healthcare legislation.

The US has a polarised polity, with intense divisions that affect communities, families and even in some instances, spouses. The rise of Trump, of course, symbolises the toxic trends in the US, but he is only the manifestation of the disease, not its cause. Sadly, instead of using the presidential bully pulpit to calm the situation, Trump draws his political sustenance from it. Whatever the world may think of him, Trump remains wildly popular with the Republicans and his base of white Americans.

He is careful to play to this base, regardless of what the “liberal establishment” may say. One example is his support for the embattled Roy Moore, the Republican candidate for an off-year election to the US Senate from Alabama who has been accused of sexual harassment and assault. Of course, Trump himself faced similar charges in the run up to the election.

The media, too, is badly divided and instead of objectivity what we see is a partisan media where the channel you watch speaks about your politics and in turn your politics determines your media preferences.

Politics in the country has become more personal and confrontational. A major factor here is the role played by Facebook and Twitter in making anger and argument a routine social phenomenon. The leader of the pack is the president of the US whose Twitter broadsides pass off for presidential leadership these days in the land of Washington and Lincoln.

In this upside down world, despite an ongoing investigation of Russian efforts to manipulate the 2016 US presidential elections, the erstwhile hawkish Republicans have gone soft on the Russians. This was a country where hostility to Russia was once the hallmark of patriotism.

Guns, of course, mark the big divide. So where huge majorities of Republicans support the idea of allowing concealed weapons in most places, even in schools, equally strong majorities of Democrats oppose it. Because of this, Americans have no answer to the terrible havoc created by the repeated attacks by gunmen who have wreaked havoc in local communities. Interestingly, the big item that sold on Black Friday sales were guns. According to USA Today, the FBI received 203,086 requests for instant gun background checks on Friday, a new record for such requests. By themselves they are not a measure of firearm sales, because a buyer could buy more than one weapon. Such checks are just about the least the US is doing to deal with the terrible scourge of gun deaths.

We can expect more turmoil in the coming period as the Trump administration readies to adopt policies that could lead to trade war with China and the scrapping of NAFTA. Trump’s attack on free trade and his promise to bring back jobs naturally has an appeal in the so-called Rust Belt. But while he has loudly declared what he is against, he has not been so clear as to what alternatives he has on offer.

Not everything is negative. The Weinstein effect has revealed the major issue of sexual harassment and exploitation that stalks the country. By bringing out the issue into the open and naming and shaming powerful predators, the country would become a better place for women. The fact that the process is working top down from members of the Congress and celebrities is a mark of its impact, which will not be confined to just one party but across the political spectrum. Though whether it will have a lasting effect and also percolate to the lives of ordinary folk remains to be seen.

Home » The Upside Down World Of America The Turbulent – Analysis