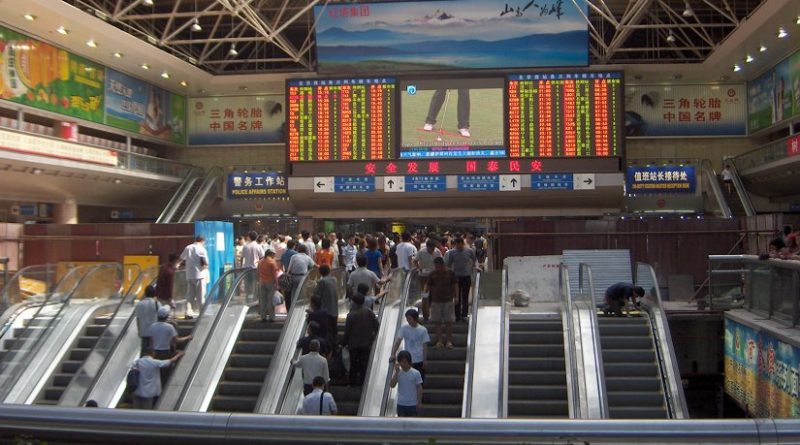 In just eight years, China has built the largest network of HSRs on earth. One notable Chinese-initiated project entails the transport of freights and passengers between Beijing and Moscow in just 33 hours. Beijing is currently negotiating HSR projects with more two dozen countries, fulfilling the age-old dream of connecting transoceanic and transcontinental trading routes and hubs into a single matrix.

Thanks to China’s relentless need for new markets, the Trans-Asian Railway (TAR) – aka the “Iron Silk Road” – is being transformed from a 50s-era UN dream into a concrete project today. One of TAR’s southern spurs would create additional economic synergies between China and the Association of Southeast Asian Nations (ASEAN). The 10-member ASEAN, with a combined GDP of US$ 2.6 trillion, has surpassed Japan to become China’s largest trading partner. The ASEAN-China trade, in fact, comprised 13 percent of global trade in 2010, and this percentage is growing as rapidly as the economies of East Asia.

Infrastructure is the locomotive of development, and China possesses some uncanny foresight in laying down future tracks. Prior investments in rail technologies are generating cutting-edge dividends. The Beijing-based CRRC (China Railways Rolling-stock Corporation), the country’s largest train manufacturer, recently unveiled a new 690-kilowatt traction system for bullet trains that may exceed speeds of 500km per hour.

Even Germany, the traditional pacesetter of railway technologies, may soon be sourcing components from Chinese manufacturers.

Malaysia, one of the most-developed economies in the ASEAN region, is experiencing a rail boom as well, particularly in the Kuala Lumpur-centered Klang valley. The Malaysian government may spend up to RM160 billion (CNY 240 billion) on rail-related projects until 2020. It is however facing a shortage of railway engineers, technical support and funding for more ambitious projects like the 350km Kuala Lumpur-Singapore HSR line.

This link will cut travel time between both metropolises to just 90 minutes, compared to the current 4-5 hour journey by road. Ticket prices are projected to cost under RM400 for a return-trip – a highly economical rate considering the RM55 price tag for a one-way Express Rail Link (ERL) trip that connects the city center with the Kuala International Airport only 57km away.

It is a curious comparison that may have prompted AirAsia founder Tony Fernandes to quip that it was “cheaper to fly.”
The KL-Singapore link, expected to cost RM40bil (S$14.8 billion), will benefit both nations in myriad ways. For one, it brings both metropolises closer and may draw MNCs, especially Chinese companies, to consider Kuala Lumpur as a regional motherlode vis-a-vis Singapore. It will alleviate the growing real estate and office overcapacity bubbles in Kuala Lumpur while simultaneously relieving the need for expensive land reclamations in Singapore. The rail line will also greatly decrease congestion along the Johor Baru-Singapore Causeway that links both nations. Business meetings would effectively amount to crossing gleaming new tracks to the other side of the same city.

China is however facing stiff competition from Japan in the Asian HSR market. Fresh from bagging a $15 billion project in India, Tokyo is now eyeing the Kuala Lumpur-Singapore HSR contract, backed by the technical prowess of established giants like Hitachi and Mitsubishi Heavy Industries.

The Japanese package however may not be as generous as that of China. The Chinese HSR may cost half as much, and may be completed as early as 2020, if construction begins by 2016 as scheduled. After all, it took Chinese companies only three years to build and complete the 1,318km Beijing-Shanghai HSR line in 2010.

Beijing’s infrastructure projects worldwide are lubricated by its commonsensical modes of financing. When China agreed to fund the dual-track Bankok-Nong Khai, Bangkok-Map Ta Phut, and Kaeng Khoi-Map Ta Phut routes in Thailand, loan repayments were provisioned in the form of rice and rubber!

Such flexible financing schemes also wean the region away from a dollar dependency, and ring-fences long-term projects against the vagaries of currency fluctuation.

Furthermore, China has been busy positioning itself in Malaysia and the region for some time. In 2013, its leading railway manufacturer, China South Locomotive and Rolling Stock Corporation, began erecting a manufacturing and maintenance centre for the ASEAN market in Batu Gajah, Malaysia. China is the main supplier of rolling stock in Malaysia, cornering 80 percent of the market.

China therefore enjoys an advantage where the KL-Singapore HSR link is concerned.

The Kuala Lumpur-Singapore link is part of a wider Southeast Asian HSR blueprint, which stretches from Kunming, China to Singapore via Laos, Cambodia, Thailand and Malaysia. Nearly all regional HSR projects involve Chinese assistance.
The next phase of the Southeast Asian spur may entail a HSR line for the northern half of the existing Bangkok-Singapore rail link. The primary obstacle here happens to be a secessionist movement in southern Thailand. However, judging by China’s track record in global infrastructure development, Beijing may temper geopolitical bumps in a way other entities may not!

Faster Chinese trains will mesh with Beijing’s ‘Belt & Road’ initiative that ultimately links infrastructure, trade and investment networks throughout Asia, Africa and Europe. The Iron Silk Road is therefore a priority project for Asia.
According to the World Bank, emerging economies have only invested or earmarked $400 billion on infrastructure projects. Asia alone, however, needs $15.8 trillion in infrastructure funding over the next 15 years to maintain its growth trajectory.