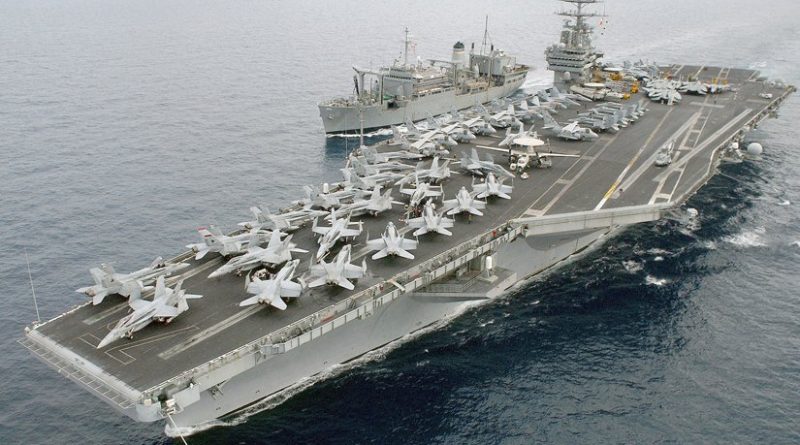 (RFE/RL) — The Iranian Revolutionary Guards fired rockets near three western warships as they were entering the Persian Gulf in what a U.S. military spokesman on December 29 called a “highly provocative” act.

The rockets were not fired at the warships, but Iranian vessels were conducting a test on December 26 and a U.S. aircraft carrier came within 1,500 yards of being hit by a rocket, U.S officials said.

“These actions were highly provocative, unsafe, and unprofessional and call into question Iran’s commitment to the security of a waterway vital to international commerce,” he said.

The western warships were on a routine transit through the narrow Hormuz Strait at the mouth of the Gulf when the incident occurred, he said.

“While most interactions between Iranian forces and the U.S. Navy are professional, safe, and routine, this event was not and runs contrary to efforts to ensure freedom of navigation and maritime safety in the global commons,” Raines said.