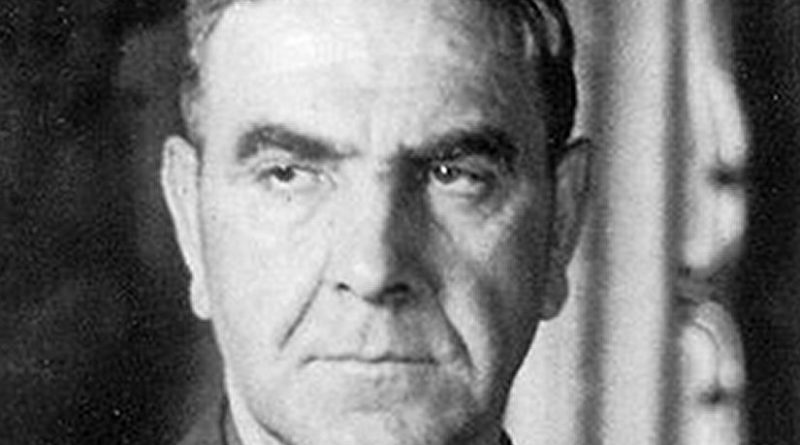 Activists said they were attacked before staging a protest in Zagreb against an annual mass to commemorate the death of WWII Croatian fascist leader Ante Pavelic.

More than 70 anti-fascist demonstrators gathered on Monday evening in front of a church in central Zagreb to protest against the mass commemorating Pavelic, who ruled the Nazi puppet Independent State of Croatia, NDH, between 1941 and 1945.

The demonstrators carried placards accusing Pavelic of being responsible for the what they called the genocidal policies of the NDH.

“Ante Pavelic is a war criminal and doesn’t belong in Croatia’s public sphere… He is responsible for over 200,000 deaths in concentration camps,” one of the activists said in a speech.

Some of the people who gathered in front of the church before the service made Nazi salutes at the protesters and called them “Serbs”.

The protesters also claimed they were attacked by a group of about 15 hooligans using bats and rubbish bins before the protest, but suffered no significant injuries. The police however did not register any attack or did arrest anyone.

Some 300 people attended the service, which is held to mark Holy Innocents’ Day.

The service was not as overtly political as in previous years, when it has openly celebrated Pavelic and the NDH.

The priest said in his sermon that everyone “has the right to pray for someone who is deceased” but suggested that this should not be misused for political ends.

Last year, a leading organisation dedicated to hunting down Nazi criminals and confronting anti-Semitism, the Simon Wiesenthal Centre, condemned the mass as an insult to the victims of the NDH.

Pavelic escaped from Yugoslavia after the war in 1945, spent three years in hiding in Italy, then secretly fled to Argentina.

He was wounded in an assassination attempt in Argentina in 1957 and died on December 28, 1959 in Madrid, where he was buried.

The NDH functioned as a fascist state with racially-discriminatory laws against Serbs, Jews and Roma.

According to research, over 83,000 Serbs, Jews, Roma and Croatian anti-fascists were killed at Jasenovac, the biggest concentration camp in the region, which was run by the notorious Ustasa unit of the NDH.