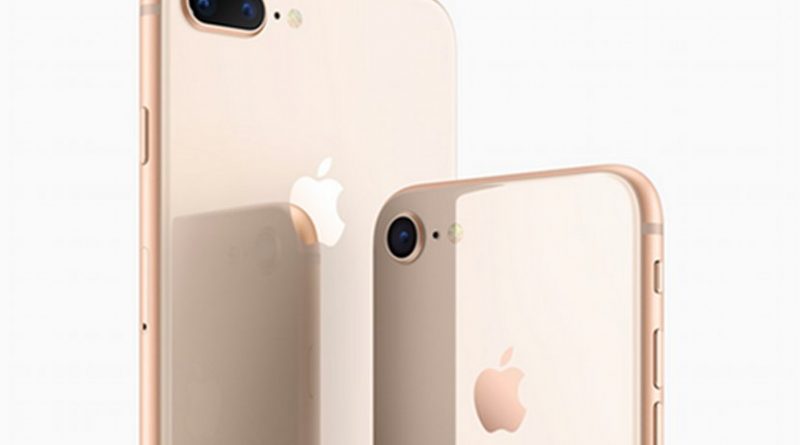 Not the best of times for Apple, the issue will be the running theme through 2018.

The 28 December 2017 apology [i] by Apple Inc. is an indication of what the future of business looks like. The coincidence of Apple allegedly slowing down its old phones by stealth once new models are launched is just one more example of pushing the boundaries of not just business ethics — for a company that has been ‘loved’, this non-disclosure on the downside of a premium product is an abuse of that trust. The sense of feeling cheated hurts more when the breach happens from a loved and trusted brand.

But what’s worse for the shareholders of Apple is the legal risk that this opacity has brought to the doorsteps of its Board, which we believe, would know the incentives behind creating product structures that slow old models to sell new ones — at last count there were nine class action suits against the company [ii]. Were Apple to lose these legal battles, it throw the company’s market capitalisation down the cliff, prompting a change not only in management by investors but the replacing of the entire Board. On the other side, even if Apple wins the legal battles, the reputational damage to a company that was slated to be the world’s first trillion-dollar corporation will linger on.

For now, all we have is the company getting out of its silent denial mode — customer complaints about slowing gadgets had been coming for years now — into one that accepts three things. First, that there is a problem with the software updates of iPhones. Second, that it knew about the problem. And third, that the company did not think it important enough to inform its consumers about it. This essay goes under Apple’s 778-word apology, ‘A Message to Our Customers about iPhone Batteries and Performance’ and argues that Apple could well be the case study to consolidate the Age of Transparency through four lessons for other corporations.

Disclosure: The author of this essay uses and is a repeat victim of slowing iPhones, who thought his brain was slowing down and not his iPhone.

We’ve been hearing feedback from our customers about the way we handle performance for iPhones with older batteries and how we have communicated that process. We know that some of you feel Apple has let you down. We apologise. There’s been a lot of misunderstanding about this issue, so we would like to clarify and let you know about some changes we’re making.

Fair start: getting out of denial mode.

First and foremost, we have never — and would never — do anything to intentionally shorten the life of any Apple product, or degrade the user experience to drive customer upgrades. Our goal has always been to create products that our customers love, and making iPhones last as long as possible is an important part of that.

It is true that Apple products are the best in the market. They are also the most expensive. And the most loved. Nobody is doubting this statement. But intent is a difficult idea to capture. The question then becomes: did Apple know that the life of its iPhones would be shortened? Yes. Did it know it would ‘degrade the user experience’? Yes. Whether it would drive customer upgrades remains open, but big data of past trends would have revealed how many existing users upgraded their iPhones after a new one was launched and the old model slowed down.

All rechargeable batteries are consumable components that become less effective as they chemically age and their ability to hold a charge diminishes. Time and the number of times a battery has been charged are not the only factors in this chemical aging process.

Device use also affects the performance of a battery over its lifespan. For example, leaving or charging a battery in a hot environment can cause a battery to age faster. These are characteristics of battery chemistry, common to lithium-ion batteries across the industry.

A chemically aged battery also becomes less capable of delivering peak energy loads, especially in a low state of charge, which may result in a device unexpectedly shutting itself down in some situations.

It should go without saying that we think sudden, unexpected shutdowns are unacceptable. We don’t want any of our users to lose a call, miss taking a picture or have any other part of their iPhone experience interrupted if we can avoid it.

This little lecture on battery chemistry [iii] is nothing but distraction. The issue is not chemistry — it is ethics and disclosures about that chemistry. This lecture could have accompanied the product itself. Consumer-focussed foresight could have been more credible than law suits driven hindsight.

About a year ago in iOS 10.2.1, we delivered a software update that improves power management during peak workloads to avoid unexpected shutdowns on iPhone 6, iPhone 6 Plus, iPhone 6s, iPhone 6s Plus, and iPhone SE. With the update, iOS dynamically manages the maximum performance of some system components when needed to prevent a shutdown. While these changes may go unnoticed, in some cases users may experience longer launch times for apps and other reductions in performance.

Customer response to iOS 10.2.1 was positive, as it successfully reduced the occurrence of unexpected shutdowns. We recently extended the same support for iPhone 7 and iPhone 7 Plus in iOS 11.2.

Of course, when a chemically aged battery is replaced with a new one, iPhone performance returns to normal when operated in standard conditions.

The updates would be useful. But again, consumers would have preferred to be forewarned than analyse the post-mortem of lost trust.

Over the course of this fall, we began to receive feedback from some users who were seeing slower performance in certain situations. Based on our experience, we initially thought this was due to a combination of two factors: a normal, temporary performance impact when upgrading the operating system as iPhone installs new software and updates apps, and minor bugs in the initial release which have since been fixed.

We now believe that another contributor to these user experiences is the continued chemical aging of the batteries in older iPhone 6 and iPhone 6s devices, many of which are still running on their original batteries.

This bit looks as if it has been drafted by a battery of lawyers rather than a company known for creating the world’s best products. To say Apple received feedback about slowing performance ‘in certain situations’ only ‘this fall’ tells us that no executive in Apple reads newspapers, technical papers, blogs or is on Twitter, where this problem has been recorded, discussed and critiqued. But for it to write it down in this apology, hoping that consumers will believe it, is taking them for granted, and showing a snooty contempt for them.

We’ve always wanted our customers to be able to use their iPhones as long as possible. We’re proud that Apple products are known for their durability, and for holding their value longer than our competitors’ devices.

To address our customers’ concerns, to recognise their loyalty and to regain the trust of anyone who may have doubted Apple’s intentions, we’ve decided to take the following steps:

Apple is reducing the price of an out-of-warranty iPhone battery replacement by USD 50 — from USD 79 to USD 29 — for anyone with an iPhone 6 or later whose battery needs to be replaced, starting in late January and available worldwide through December 2018. Details will be provided soon on apple.com.

Early in 2018, we will issue an iOS software update with new features that give users more visibility into the health of their iPhone’s battery, so they can see for themselves if its condition is affecting performance.

As always, our team is working on ways to make the user experience even better, including improving how we manage performance and avoid unexpected shutdowns as batteries age.

At Apple, our customers’ trust means everything to us. We will never stop working to earn and maintain it. We are able to do the work we love only because of your faith and support — and we will never forget that or take it for granted.

Now, the marketing department has taken over, with spiels about the competition. Reducing the price of an ‘out-of-warranty’ battery by USD 50 (about INR 3,200) to USD 29 (INR 1,850) is a good first step. It will retain some of their customers, until even this breaks down. New features that will give greater visibility of the battery health is also a good corrective.

But as far as ‘trust’ goes, the company will have to go a very long way. And the journey will now be littered by class action suits, allegations and individual stories, against which Apple will need to defend itself. Violetta Mailyan in California has filed a USD 999 billion law suit [iv], saying “each member of the Class had to buy a newer iPhone model because the performance of their older iPhone model had slowed down as a result of Defendant’s purposeful conduct.” If Apple loses this case, it would be the end of the company, whose market capitalisation stands at USD 878 billion, about USD 121 billion short, with other law suits waiting.

Apple’s conduct has lessons for other companies that serve consumers. First, this is the age of extreme and instant transparency, so disclose problems early on. Non-disclosure reads like mal-intent. Second, like managements of the same companies, consumers too do not want negative surprises. But they are also more understanding — had the issue of slowing batteries been addressed at the point of purchase, consumers wouldn’t be feeling cheated today. Third, managements will work on the incentives the Board sets for them. An alert Board must examine these incentives and ensure that the risks to the company are minimised if not removed. It is in the Board’s interest to align itself with consumer interest. And fourth, consumers are smart people: do not underestimate their power. In the age of transparency — to borrow from Abraham Lincoln — you can fool all the consumers some of the time; and some of the consumers all the time; but you can’t fool all the consumers all the time.

Not the best of times for Apple, this issue will be the running theme through 2018.

[i] Apple Inc, ‘A Message to Our Customers about iPhone Batteries and Performance’, 28 December 2017, https://www.apple.com/iphone-battery-and-performance/, Accessed on 29 December 2017

[iii] Apple Inc, ‘iPhone Battery and Performance: Understand iPhone performance and its relation to your battery’, https://support.apple.com/en-in/HT208387, Accessed on 29 December 2017